I had known Diane for over 4 years. We used to meet on social occasions and most of that time she struggled with her son Luke’s learning difficulties. She had helped him at home, changed his classes, changed his schools and got him tutors, yet Luke had only felt more frustrated.

Luke was definitely not a regular kid and his mom was going nowhere with her attempts to help to him. Since birth, he had had physical problems that only increased the family’s frustration and when his brother had been born, the extra attention Luke had received from his mom had made things worst. He had acquired one more enemies. When Luke had reached his teen years, things had gotten out of control and the family had been on the verge of nervous breakdown.

When I had a chance to talk to Luke, he did not think highly of himself. He said he was lazy, dumb, stupid and could not get things into his head. Luke was a typical special education kid who needed more work on his self-perception than his Math or English. Because of the delicacy of our relationship, I gave Diane my book Be Special, Be Yourself for Teenagers

Two weeks later, Diane called, said thank you for the book and then started crying.

“Thank you for helping me see what I needed to see in order to help Luke. He is a wonderful kid, but I only saw the cracks. After reading ‘Curly Line with Flowers’, I understand he is a ‘curly line’, but I have never noticed the flowers. I now know what I need to do”, she said.

5 month later, at a social gathering, Diane approached me with a big smile on her face. In 5 months, Luke had managed to catch up over two and half years of schooling. “We still have lots to work on, but at least now things are working”, she said to me, glowing with joy, “I wish I knew that before. Thank you so much”.

So here I am, bringing it so no one will ever say, “I wish I knew this before”.

From the story “Curly line with flowers” in the book “Be Special, Be Yourself for Teenagers” (watch out, the text below is in “dyslexic” – the mistakes are intentional, but reading is well worth the effort): 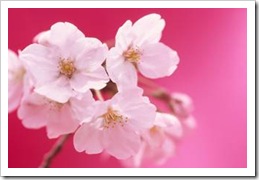 “I think it is best if I explein what my profeshen is. I stadied somthing called speshel edukeishen, a lot of pipl ask me what a speshel edukeishen persen is and I tel them it is a persen who nos how the brain works. Naoo, I’m not a brein speshalist, I only no how the brein works in the lerning proses.” She droo a lain on her not book, from top to botem. “do you see this lain?” she asked me.

“most of the pipl step on this path in there qwest for noledg. It is a very izi , camfterbl path. Pipl are difrent so sam of them use this path and others use a paralel path. It is a bit difrent, but stil it is smooth and izi.” She said and droo lains paralel to the ferst one.

“you on the other hand, are using a very difrent path” she said and droo a lain starting from the seim pleis but insted of going streit up, it went in kerly weivs to the said. My hart droped, I felt so bed.

“in this path, it teiks much longer to get to the top, it is not izi, not streit and not comftebl at all, but the path is so byutifool, no wonder you want 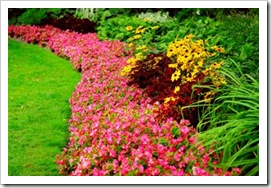 to take the taim to enjoy it.” She sed and droo flaooers on my kerly lain, I thot it was nais of her to meik my lain naiser.

“pipl do not chooz their path. it is the brein that disaids where it wants to go. The kerly pipl are very speshel pipl, most of them are very crieitiv and they have a difrent way of looking at things. They are inventors or artists. They cam up with things that pipl that use the streit lain can never lern.” She sed and kept drowing flaooers on the kerly lain. I looked at mom, she sat there, lisening to us and smailing. I cood see in her eyes that she felt relived, her chiks were red and her feis was shaining. With her eyes she sed “thenk you” to mises Hart.

“let me giv you this pazel” she sed and geiv me a pazel that had red sqwers to poot in a freim. I finished it in no taim.

“naw I want you to tray this one” she sed and geiv me this streng pazel with streng looking pises. At ferst I didn’t no what to do. It had difrent sheips and colors. and she helped me sort them in the freim. When we finished I smailed , it looked so prity, it had very nais lains , colorfool lains. 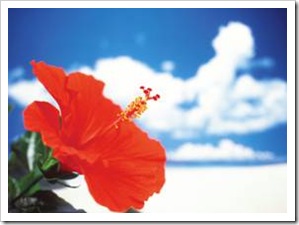 for a secend I felt very speshel, as if my problem was an advanteg, I looked at the lains , they were so prity. I wanted to biliv her.

Your kids are special. If they do not follow the regular easy and comfertable path, it is only because you do not “apprciate the flowrs” they have on their path and you do not let them be.

Your best way to help your stuggeling kids is to help them see their own “flowers”.

This presentation linked below might help you understand what you are missing when you only look at the cracks. Download and enjoy!

Cracked Pots – What are they good for?