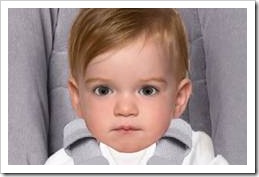 You’ll be happy to know I have recently completed an online parenting course as part of my Psychology studies. I “delivered” a virtual baby girl and took care of her through the various stages of babyhood, childhood and adolescence, and she turned out beautiful! My virtual daughter was well-balanced emotionally and lived a happy life, thanks to my excellent virtual parenting skills. So now, I’m a parent too (virtually).

Nowadays, I am faced with deadlines almost on a daily basis for my university studies and at my job. This brings on considerations such as what to do first and when to get started. I also have many opportunities to go out and forget about all the things I have to do. There are great things on TV, lots of friends to chat to, parties to attend and books to read. I could really forget about assignments and deadlines and just go out. Going on from Dad’s earlier post Do it NOW, I want to chat to you about the value of planning ahead, of thinking five minutes down the track and the importance of this for children (and teens and young adults).

There was a wonderful saying in the classic 60s movie Mary Poppins. It goes something like this:

Sometimes a person, through no fault of his own, can’t see past the end of his nose

Of course, Mary Poppins was referring to the fact that people sometimes don’t accept things that aren’t part of their world. But this saying is always associated in my mind with the fact that sometimes children can’t fathom that while they get what they want right now, there are consequences to their decision. 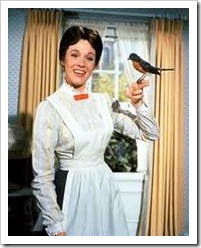 We (big sisters included) need to teach them (and keep in mind ourselves) to look at what will happen five minutes down the track if we make a certain decision. Because we are all like that sometimes.

We are invited to go somewhere and all we can see is this great time we are going to have. What we conveniently forget is that we have committed to being somewhere at 5:00am the next day and if we go out tonight, we probably won’t get any more than 5 hours of sleep. If we look a little further, we might even realize that the outcome of tomorrow’s meeting will probably have long-term effects on our life.

Or we might see a great performance we want to watch that is a little too expensive, but we decide to go, completely neglecting the fact that we won’t have any money to get fuel for the car the next day, or enough money to pay the rent. “Oh well”, we might think to ourselves, “It’ll sort itself out”.

Don’t get me wrong. I like going out and having a good time as much as the next person. I like staying up late sometimes and watching old movies on TV or staying up all night to read a book I am really into. I love dancing with friends until the wee hours of the morning or chatting online to my crush until midnight. I like splurging and buying myself a new outfit even though I don’t need one or “going all out” on a great meal. But the big question is whether I have considered the outcome of these decisions.

Let me give you an example.

I once worked on an event that spanned a few days with a team of 10 people. It was a great event and everyone generally had a great time. There were lots of exciting things to do and the nightlife was robust. But the team was there from 6:00am every day and the last daytime functions ended at 7:00 or 8:00pm. It was a big day and after packing up, most people went home at around 10:00pm to recharge. The late night functions ran themselves and no one needed to be there. 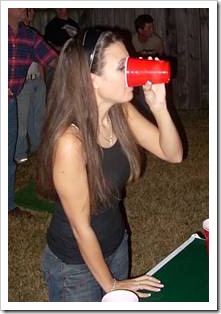 But two girls decided they would attend the late night functions. And then they went out for some drinks. And by the time they got home, it was already 1:00 or 2:00 in morning.

If we didn’t have to see them the next morning, probably no one would have cared. They could have their hangover and complain to someone else. But the fact of the matter was that the next day, they turned up for the event in a terrible mood. Everyone else was tired too, but those two had terrible headaches and were quite snappy for the rest of the week. Lots of mistakes were made. What if they had thought “five minutes past the ends of their noses”? They might have realized that tomorrow was another day and they would get to work with everyone again.

Let me give you another example that is quite close to my heart.

A friend of mine just finished the first three years of a Bachelor of Arts in Psychology (which is the degree that I am currently doing). Now she is at the point where she must decide whether she would like to continue and do an Honors year in order to finish her degree. Unfortunately, her grades are not high enough to qualify her for the Honors year. This is because she didn’t attend classes and was too busy going out drinking instead of doing assignments. Now she has to repeat subjects she has already done in order to continue or change her career path. But what if she had thought “five minutes past the end of her nose”?

It isn’t about “all work and no play”. It is about weighing up the consequences.

My parents taught me a really great motto once and it has stuck with me:

(Of course, I would assume that your chosen university studies are the thing you want to do, but that is a conversation for another time)

The biggest issue is that even though we might not worry about it too much when they are young, whatever you teach your kids while they are at home, they will carry with them out into school, into university, into the workplace and even into their own future home and family. 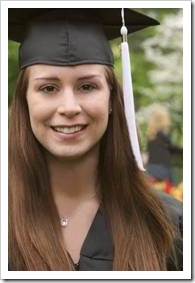 For example, if my brother Tsoof decides to leave his assignments to the last minute and play his music instead, it is not really a big deal. Sure, he might have to stay up late one night and be tired the next morning, but it’s not really an issue. It gets a bit more serious for me at university. If I decide to leave my assignment to the last minute, well, I could be in the same situation as my friend.

And it all gets bigger again if I look at my workplace. What happens when someone leaves things to the last minutes because they wanted to go out? It has a domino effect. Everyone who depends on them has to wait for them.

And finally, what about at home? What if my mom decided she was going to watch a movie marathon and leave the dishes in the sink for the next 3 days? Or the school clothes in the dirty washing basket? Or what if Dad decided he didn’t want to drive us to school today or he didn’t want to go to work, just because?

If we teach kids from the very start to think about the consequences, they will always make informed decisions. Sometimes, the consequences will be worth it, but they will always be carefully considered. And when they get to the other end, and they get into the course that they want, or they do a good job at work, or they just hand in a fantastic assignment, it won’t be by chance. It will be because they chose it and they meant it. And when they decide to put those “have to’s” aside, it will be with a clear head that they have the time and the money and whatever else to have some fun.