Now that my birthday is approaching, I wish to bless myself and all my readers with many “F” words.

Yes, I know many people feel offended by being blessed with the “F” word, but I think it is actually Fun.

I came up with this blessing a long time ago, when I lived in the USA and watched on the TV and interview David Letterman had with Madonna. If I remember correctly, Madonna, a very talented musician and performer, was asked in the interview if she peed in the shower or not. You see, I was shocked at the question. Why on Earth would you ask a singer, songwriter, musician and inspiring performer (whether you like her material or not) about her personal habits in the shower? No one said anything about that question, but they were shocked when she did an amazingly talented presentation of how inappropriate the question was and how OK people were with the question, but reacted in shock to a word she said. 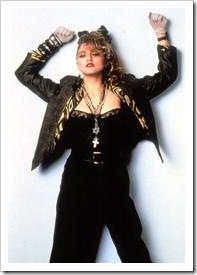 The next day, every paper around the country had bold headlines about Madonna saying 20 times “the ‘F’ word” on national television. I thought Madonna was brilliant, but seeing how shocked the people in the audience were made me think about the “F” word.

I learned a lot from Madonna that day. She made me realize that a word is just a word and the meaning you give it is the most important thing.

As a parent, you probably think many times about kids’ manners. For some reason, there is too much attention (in my opinion) to kids using swear words. You see, saying the word “F” has become a rude word. It is not the word that is offensive (what can be offensive about the letter “F”?). It is the meaning people give it.

In one of my child care centers, I had a demonstration of how we, the adults, dig our own graves with the way we react. One day, Gill, one of the kids, started to say “Poop” whenever he was unhappy about something. When his mom came that afternoon, she said he had been doing it at home too. Sometimes, he would stand next to an adult and say “Poop” over and over again, trying different ways to say it. 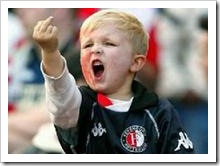 His mom reacted very strongly to it. She told him she would wash his mouth with a soap (he was just 3 years old), but every day, it got worse. In a meeting with his mom, I decided that instead of saying anything about it, we would ignore it and look away from him. I have to say it was hard to ignore, not because I was unhappy about it, but because it was very funny. A 3-year-old trying to manipulate you by saying a word is pretty funny and I used to turn my head so he would not see me laughing. As you might have suspected, this behavior disappeared within 3 days.

Can you imagine Gill starting a new trend of making a fuss about the “P” word?

Swear words are just words that the listener gives a bad meaning to. So let’s give the “F” word a different meaning. Are you with me?

I bless you with the “F” word

Here are some blessings from me to you (for my birthday next Monday). You decide if each is a blessing or a swear word: