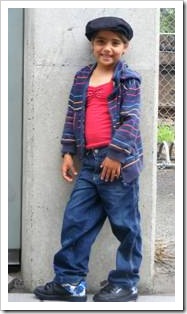 My daughter’s Grade 4 teacher, Mr. M, loves stories and, a lot like us, he thinks that if he inspires kids to love reading and writing, he will consider himself a very successful educator.

Two weeks ago, Mr. M told the kids a story about a club. He told them the story over a few days and the kids liked it very much. The girls in the class were so inspired they started a new club – “The Girls’ Club”. All the kids were so happy about the idea of clubs that over a week, each group started its own club.

Mr. M’s idea was very good and talked with the kids about inclusion and about the sense of belonging people have when they join a club, but he did not take into consideration that kids will use this “clubbing” idea to exclude others (or maybe he did).

Over a week, Noff’s classmates formed 4 clubs that Noff was aware of. “The Handball Club”, which Noff described as “the boy’s club, because only boys are there”, “The Girls’ Club”, “The 5-Letter Nickname Club”, which I thought was a very creative idea, and “The Drawing Club”, which was started by a girl who had not been accepted to any of the other clubs.

For the next few days, we noticed Noff was not quite herself. Every day, she came home and complained the girls mainly use their clubs to exclude kids. During the breaks, her friends did not play with her, because she was not in their club.

Noff has a highly developed sense of justice, so she felt that was rude and unfair.

We did not think it was too serious and suggested that she join some clubs herself, so she tried, but the 5 Letter Nickname club’s leader told her that because she did not have a nickname with 5 letters she could not join the club. I think she also tried the girls’ club and that did not work too well, so she felt rejected. 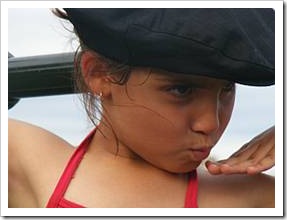 When her friend, who had been rejected by the other clubs too, formed “The Drawing Club” and asked Noff to join, Noff told her, “I like the card of the drawing club and I might make myself one, but I’m not sure I want to be in a club, because it means I can only play with the kids in my club and I want to be able to play with everybody”.

After a week of being very unhappy with all the “clubbing”, Noff sat with Gal and Tsoof (who is 14 years old) and poured her heart out.

Tsoof told her, “Actually, Tamara (our friend) calls you ‘Noffy’, so you can definitely join the 5 Letter Nickname club if you want to”.

Noff was still not happy. To her, joining a club meant she would be playing only with those girls and they were so exclusive she would not be able to play with other kids.

Gal said to her, “How about forming your own club?”

And Tsoof said, “Yes, that’s a good idea! Everyone will want to join you, because you’re awesome”.

Her little face lit up and she said in excitement, “Yes, I can start The Awesomeness Club!”

In the evening, when I came home, Noff was busy designing her club’s membership card on a piece of paper.

“Who’s going to join your club?” I asked her.

“Everyone”, she said confidently.

“What do they need to do to join your club?” I asked.

“They need to think they’re awesome”, she said. 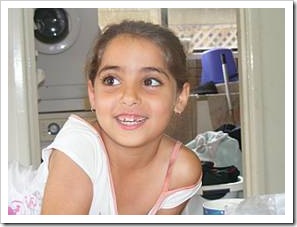 Last night, Noff sat with Gal and a clear design of what she wanted on her cards and they created the cards in Word and printed a few. This morning, when I took her to school, she held the precious cards in her hand. We passed next to a girl who was in Noff’s class last year who told her about the dance class on Friday. When we continued on our way, she said to me, “I can offer memberships even to kids who are not in my class”.

“That’s a great idea”, I told her, “But what if they don’t think they’re awesome?”

“But everyone’s awesome”, Noff said. Then she thought about it for a second and said, “I’ll tell them they can join if they want to be awesome. Everyone wants to be awesome, right!?”

“What would you do if the Awesomeness Club kids played only with each other?” I asked, knowing she still worried about that.

We kept walking hand in hand towards the office and Noff was quiet for a while. I could see the wheels in her head turning real hard. I was dying to give her the answer, but I held myself.

When we got out of the office, she finally said, “Maybe I’ll tell them they can join if they think they’re awesome or want to be awesome and if they understand that everyone else is awesome too”.

“Brilliant, Noff! That’s an awesome idea! Do you know that Dad and I teach people to think they’re awesome?”

“Really?” she asked and smiled.

The bell rang, so Noff gave me a kiss and ran to her class. I watched my 8-year-old “life coach” daughter running joyfully and my heart was overflowing with pride. 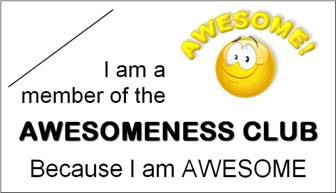