Sometimes, I want to achieve something and I think I know how to achieve it, but when I ask someone else for their opinion or help, they just say, “You can’t do that”. I find this very frustrating. 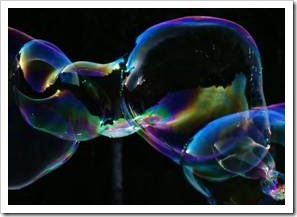 When I see a goal and a way to get it, my mind has something to hold on to. I can look at my vision from different angles, improve it and work with it, but it is there.

As soon as the other person rejects my idea, it is as if a bubble popped in my mind and left nothing. I then have no way of getting what I wanted. The other person has taken my vision away.

Here is an example.

Tsoof wrote a composition for one of the ensembles at school at the request of the conductor. Months went by and the ensemble worked on several new pieces, but Tsoof’s piece was not getting much attention. At some point, he complained to me about it.

Initially, I encouraged him to be patient and then I suggested talking to the conductor, but Tsoof found that too intimidating and continued to sulk instead. Eventually, I decided to step in and make an appointment to see the conductor, thinking that perhaps he would treat a grownup more seriously and give Tsoof the chance he deserved.

But when Ronit found out, she told me I should call it off. “You can only make things worse for him”, she said.

“So maybe I’ll be there with Tsoof and let him do the talking?” I suggested.

Well, I wanted to help my son express himself, get respect and feel good. Rejecting my ideas was not helping, because it was just taking them away from me and leaving nothing behind. With every rejected idea, my frustration grew (and my pitch rose), almost reaching desperation.

I accept that different people have different opinions. This makes life more interesting and can sometimes prevent disasters. Ronit’s point of view was as valid as mine was, even if it was different.

I also accept that my ideas in this particular case were not perfect and each of them carried with it some risks and possible complications.

But merely rejecting my ideas was missing the point. I was trying to do something good for my son and I was being blocked, not helped. I was trying to figure out HOW to achieve my goal and all I was hearing was that I should abandon it.

It may seem like there is no way out of this, but there is. You see, whatever we do, we do for ourselves. I may have presented my aim as being for Tsoof, but what I was really after was the feeling that I was protecting my son, being a good father and getting some respect. 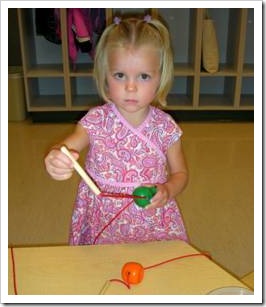 The solution to that was, “You should just relax and trust Tsoof’s judgment. Help him deal with his feelings and support him as much as you can. Be there for him”. Surprisingly, that made me see how my real aim would be achieved while abandoning my initial course of action.

Granted, figuring out the underlying goal of another person is not the easiest thing to do, but by focusing on finding a positive way forward, rather than objecting to what is already on the table, peace may reign again, the sun will shine and smiles will be seen on faces all around.

Think of a baby holding a sharp knife. Pulling the knife away can cause more harm than good, but hold out a toy and the baby will drop the knife and forget all about it. Human beings never quite get over that tendency to hold on tighter to something when someone tries to take it away, so it is best to offer something else instead.

How to Make Every Relationship You Want Good