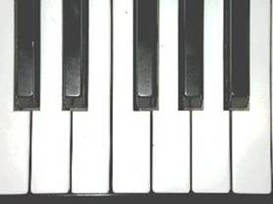 In January, I announced about my New Year resolution to fight the “too late” mentality by learning to play the piano.

The most wonderful thing that came out of it was that I have discovered many adults like me who are learning to play a musical instrument at a later stage in life. I was very happy to know I was not alone. It did not make it easier to learn and practice, but it helped me cope with my struggles.

Last time, after just two lessons, I knew it was going to be a challenge and it was!

Every time I played, I felt very proud of myself.

My younger sister, who plays the piano, was very happy and proud when I told her I was going to learn to play. Since I announced my intentions, she has called me once a week to ask about my concert.

One of my clients said she wanted to have a concert when she came for a session.

You see, I am learning at home, my kids are my teachers and I have no concert hall to show off my talent (I do not think I can call it a talent – it is more like showing that I do the things that are hard for me. Do not worry, I am aware of my talents and playing the piano is not one of them). Therefore, I decided I would have my own concert at home, in front of the camera, so my family on the other side of the world, and you, would be able to watch me play.

Gal and the kids were my loving, encouraging audience in the music room. It was sooooooo hard, which was amazing, because I can stand in front of hundreds of people and talk about a topic I am good at and I do not even blink, but when I was in front of the camera, it was so hard, I made mistakes.

I felt so anxious I realized that every time my kids performed in front of people, I had taken their confidence, focus and success for granted.

The kids said the second one will be much easier. I am sure it will.

So there you have it, me, “the one with no auditory bone”, playing my first concert on video. I hope you enjoy it.