Courage is not the absence of fear, but rather the judgment that something else is more important than fear
– Ambrose Redmoon

Fear is the source of all the troubles in life. People fear many things. Some seem logical and others do not, but all of them produce chemicals in the body that make us feel unhappy. Much like any other negative feeling, fear fits on a scale that starts with feeling a bit of discomfort, goes through increasing the heart beat and ends with having a huge panic attack.

The path to success at anything in life passes through many fears. The most famous fear is the fear of failure, which develops as we become socially aware. We learn through our socialization process what the standards are and much of our life is dedicated to meeting those standards. The fear of failure is the fear that we will not “make the grade” and will not be accepted socially.

I have written a lot about the fear of failure (see Angels of love and demons of fear), but I think many people are not aware this fear has a twin brother – the fear of success.

Many people confuse the two. Just like twins who show many similarities on the surface but have different identities inside, the fear of failure and the fear of success are in fact different.

Fear of failure will make you try to fit into a standard (usually external), but fear of success will make you do anything to avoid reaching that standard.

While fear of failure is out there and everybody knows about it, fear of success is hidden so deep in our identity we may not recognize it, but it can be much worse for us.

Fear of failure is associated with making mistakes and not getting approval, while fear of success is the fear of doing things right and therefore not being accepted, not being appreciated and not being able to maintain the level of achievement and success. 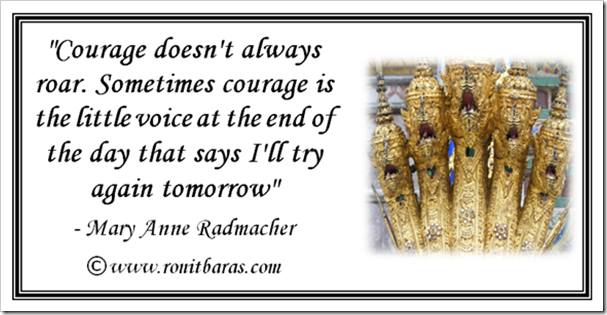 While fear of failure results in avoidance, fear of success results in self-sabotage. People with a fear of failure try to avoid the pain of failure. They do not do anything that might lead them to failure. This behavior looks like lack of motivation. People with fear of success are also perceived as lacking motivation and if they do achieve success, they quickly mess it up. This way, their unsuccessful identity can be maintained. They tell stories of “almost success”, of self destructive behavior immediately after major success, like “Just when he had enough money, he blew it” or “Just when they bought a new house, he lost his job”.

In 1915, Sigmund Freud wrote an article called “Those Wrecked by Success”. He described a tendency to fail “precisely when a deeply rooted and long-cherished wish has come to fulfillment … as though they were not able to tolerate happiness”.

Freud described the fear of success as a perceived need to fail, not an option or a desire but a need. Some people develop the identity of a failure and in order to maintain it, they consciously or subconsciously (I do not think they have agreed on which one and I am sure it is a mixture of the two) sabotage everything that could prevent them from fulfilling this self-image.

Freud connected most things to sex and child/parent relationships during childhood. In his view, it all starts as a competition between the child and the parent of the opposite sex. Because not all people develop this tendency, having a parent from the other sex cannot stand alone as a reason (I think Freud was so pre-occupied with sex and parents of the opposite sex that everything he believed was derived from it). I believe that because the fear of success exists at the identity level, the source of the problem is not only the parents but all the main identity agents – parents, teachers, other family members and, later on in life, peers.

Another theory related to fear of success is the Imposter Syndrome. This is when people develop a belief that their success is not real and they live in fear others will discover they are not “really” good at what they do and they are only pretending to be successful. These people distinguish between “fake success” and “real success”.

Fear of success affects life in many ways and the component of self-sabotage makes life a daunting experience. The problem is that it is very hard to blame others for bad luck, so the fearers come up with many excuses to explain their unsuccessful circumstances. 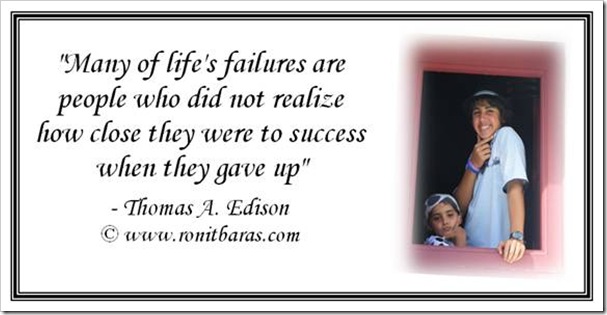 Self-awareness is always the key to overcoming the fear of success. Unfortunately (or maybe fortunately), we are the only people who can access our deepest beliefs and uproot them. Although this process may take time, it is very important in order to have a successful, loving, healthy, wealthy, friendly, funny, interesting, fascinating, fulfilling and happy life.

As I said before, the source of the fear is beliefs we have regarding ourselves and others that produce a sabotaging reaction. Finding the beliefs or behaviors associated with the fears is a good start to overcoming them.

Below are statements and behaviors of people with fear of success. Read them and mark the ones you think you have. Rate each of your beliefs between 1 and 10 – 1 being weak and 10 being very strong. The stronger the belief is, the stronger the identity of failure and the more you will sabotage your own success. If you decide to change anything, monitor your progress every month using the list and see if your beliefs have weakened. 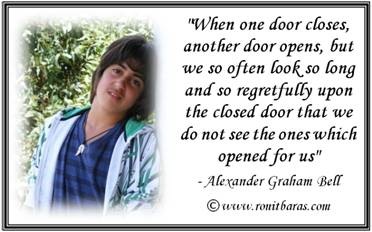 That is not true! No matter how many negative beliefs you have now, you can still succeed, because beliefs can be changed!

This is how I would read the results: Even if you have 1 negative belief about success – change that belief!

Because fear and success cannot live together in peace in the same body. The more fear you have, the less success you have and vice versa, so the more empowering beliefs you have about success, the more successful you will be.

How to overcome your fear of success 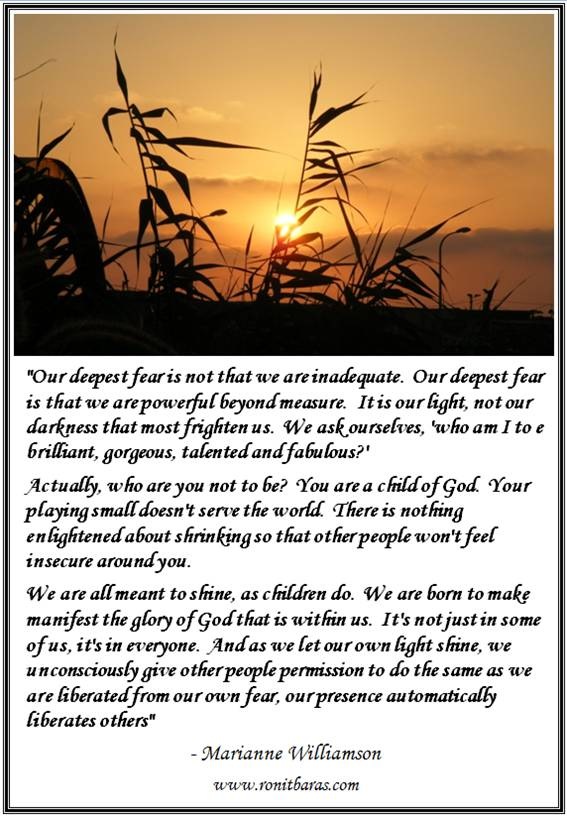 The past month has been very full with many new projects starting. Another one is about to end – my parenting workshop in Brisbane Australia on Sunday the 25th of July. I know they will be successes. What about you?

100 Tips for My Children

Over 26 years of being a parent, I have made a huge effort to give my kids the rules of life that, in my belief, will set them up for a better life. Every parent wants to raise happy, healthy, successful, kind, smart, courageous, creative, friendly and wealthy children that…