It all started when our daughter Eden was a year and a half old. She had Pneumonia and high fever and she wheezed all day.

After one dose of Antibiotics (by the way, 18 years ago, it was every 6 hours, even if it meant waking her up at night), we had about a week or two off and the wheezing started again.

First kid, young parents, we went straight to see our baby specialist. He was the head of the Pediatric Ward at our local hospital and we went to his private clinic every time something happened.

About 4 months later, we found ourselves in his private clinic again. It was Pneumonia the fourth time. During that time, Eden had red, dry cheeks, high fever (every time she was not on any medication) and wheezing, wheezing all day.

During all of this, my friend Sharon called us from time to time and said, “Please, please, don’t give her Antibiotics… Try a steam bath… She is just a baby”.

I thought she was nuts. Sharon was a health fanatic, who did not eat half of the things that existed, while I was freaking out that my baby’s lungs were infected and could not bear the risk of stopping medication and using “a steam bath”.

Every problem has a gift for you in its hands

At that stage, Gal and I felt frustrated and worried, very worried. Eden was so small and so sick and we were so helpless.

“We are worried that she has Pneumonia for four months and it keeps coming back”, I said to the doctor. He looked at us worried and said, “I’m very sorry to tell you, but your daughter is asthmatic”.

Gal and I looked at each other as if we had been hit by a truck.

“What does it mean?” we asked him.

“It means she must take medication in the cold months to prevent it from happening”.

“Cold months? How long?”, I asked. I remembered my friend saying, “She is just a baby”, and thinking we had been in this ordeal for 4 months already.

“She should use it for about 6 months every year”, he said.

“What are the side effects of this medication?”, Gal asked him (like a good biologist). 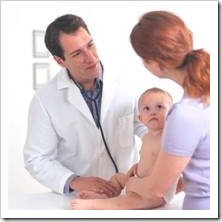 “No side effects”, said the doctor and wrote the prescription for the medication. Gal kept asking him about the side effects, but this only upset the doctor.

It was evening. The pharmacy in our little town was already closed. We drove home with a wheezing baby with high fever.

Gal said, “There is no medication on Earth without side effects”. He was worried about taking a medication that can open the airways as a preventive measure for six months of the year.

We decided to talk to the pharmacist the day after and get a second opinion.

It was that one mistake the doctor made that saved our daughter.

The beginning of change

The morning after, my sister’s best friend Roni passed by our early childhood centre. She came in with her son, while we were playing in the playground, and I told her about the doctors’ diagnosis that my daughter had Asthma.

While I was a young mother, Roni was a mature woman in her mid 40s with very young children. Her young son had been born about 600 grams and she spent many months in hospital with him.

“Ronit”, she told me, “Don’t you know that you need to get her off dairy food?”

I looked at her very surprised. First, I loved dairy food (still do) how can anyone do such thing to their child? Second, 90% of babies’ food after breastfeeding was dairy. What would she eat? Third, for 4 months of medication, doctor visits and pharmacy, no one had said anything about dairy food.

As you can imagine, my reaction was a big, “WHAT?!”

Roni told me about her son. “In the premature babies unit”, she said, “They tell everyone that kids who are born early have weak lungs and dairy food creates mucus that is hard for them to get rid of. Try! What do you have to lose?”, she added reassuringly.

Eden was born on the first day of the 36th week of my pregnancy. She was born big and healthy (3 kg), so no one ever said anything about her coming to the world early (I was very happy she saved me a month of waiting for her. Had she waited until the end, she would have been born the size of a horse…).

In the afternoon, I went to the pharmacy. It was the first time I asked question about the medication. The nice pharmacist was very happy to answer my questions and told me that the medication is not preventative and that it increased the heartbeat as a side effect.

Not in rare cases. Always!

I needed lots of courage (or stupidity) to take the prescription back and not buy the medication.

The morning after, I looked for food to give Eden for the day. My refrigerator was full of dairy products. For a few seconds, I started panicking she would not have anything to eat.

Funny, but when you cannot eat something, you want it so badly. I went through very hard 3 weeks. For the first time in my life, I looked at the ingredients at the back of all the the products I bought at the supermarket.

During those 3 weeks, it seemed to me that everything contained milk. It was so restrictive and difficult to avoid it. I could easily understand why people preferred going to doctors and asking them to fix their problems in one week of medication.

Believe me, going to the doctor and even paying him to see us privately was easier than avoiding dairy food.

Gal, who was very surprised, just like everyone around us was, immediately thought about the surgery he was supposed to go through. Gal had his sinuses and ears blocked all his life. For years, he used puffers with different kinds of medication and was planning to have surgery to clear the air passages in his head.

Because Eden was fine, he said, “What if I am also sensitive to milk”, and decided to avoid dairy for a month. This is what Roni had said, “Try for a month. If there is not improvement, it is not that.”

With Gal, it was a bit easier, because we already knew how to check the ingredients. We were also over the stressful feeling of, “There is nothing to eat” (thank God fruits and vegetables are non-dairy). Surprise, surprise, the blocked sinuses cleared up.

Then, I called my friend Sharon (Remember the health fanatic, who did not eat half of the food in existence?) I called her and said, “I’m ready to listen”.

She was wonderful. She gave me a book and told me to learn about everything that enters my body and our healthy eating journey started.

Eden is 19 years old now. In over 17 years since this happened, she has been to the doctor for chickenpox at the age of 6 and a throat infection at the age of 16. Do you agree that we were lucky?

I have told thousands of people about my “asthmatic” daughter and I know of many who have saved their kids from years of suffering and medication just as I did because of someone’s story.

Many of them call, email and say, “I wish I knew this before”, and I tell them, “You were not ready”. I know, because I was in the same place and I remember myself saying the same thing.

You see, I was a sick girl, and my parents spent time with me at the doctor’s office every week for 12 years of my life. My mom raised 5 kids, yet no one, not even the doctors, said anything about dairy.

Change does not depend on what the world has to offer us, but on our readiness to take

It was not the knowing, it was the readiness to listen. My friend, the health fanatic, had said it for a long time, but I had not been ready to listen for whatever reason.

Information was always there

When I started learning about nutrition, I realised that my older sister had all those books at home. She had gone through her own health journey when she was just 16 and I had been there (I am only 4 years younger than she is) but had not noticed. 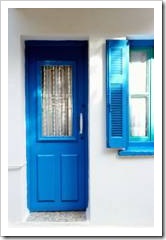 Nothing in our outer world can be recognised if we are not ready. Change does not depend on what the world has to offer us, but on our readiness to take. We need the right time, the right circumstances and the right mindset to make things happen. Hearing something is no guarantee for absorption.

In every race, even one that takes only 10 seconds to run, the preparation takes years. This is why we say, “Ready, set, go!”

If you want to change something in your life and it is hard, remember, all the knowledge already exists for us to get to where we need to be. Things will appear when we are ready to notice them. All the good and the not so good things that happen are actually knocking on our door and asking, “Are you ready?”

Are you ready for a happy life?