For many years, there was a magnet on my mom’s refrigerator, saying

Getting angry is just punishing yourself for somebody else’s stupidity

My older sister thought this was a very smart quote that should be repeated whenever anyone got angry. I wonder sometimes if my sister was not the person who hung it there in the first place.

I do not think I understood it very well when I was a kid. It was just a way to call someone stupid and it felt good – for a while. I remember myself being angry a lot. I think that when I was a kid, not being angry was rare. I was sick a lot, I used to scream a lot, I used to fight with my siblings a lot and I was very very frustrated. Only later, at the age of 16, I understood what the saying on the magnet meant.

Anger is a result of missed expectations

As I examined the idea of being angry in such a way, I finally understood why I was thinking, behaving and feeling the way I did. I gave the control over my emotions to other people. And you know what? They were not even aware they had this control. They were only doing what they thought would be good for them and it did not fit my expectations.

Try this: ask yourself these questions to understand the dynamics of anger:

If you look into your anger, you will find that you had expectations that were not fulfilled – as simple as that. Unfortunately, instead of changing what they expect, most people get angry at the world for not living up to their expectations.

Sadly, when you are angry or hold a grudge against someone, you are the main person getting hurt.

I have to say that when things are put that way, being angry feels not only useless but masochistic. Why would you hurt yourself for other people’s actions?

Anger is one of the most draining feelings that only hurt its owner.

If you kick a stone in anger, you’ll hurt your own foot
– Korean Proverb

If this has not convinced you that anger is unhealthy for you, I hope this one does:

For every minute you are angry, you lose sixty seconds of happiness
– Ralph Waldo Emerson

Life is short, enjoy it!

Smile, it will be a good start. 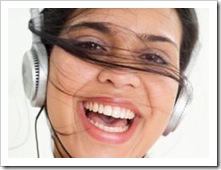 The Devastating Relationship between Expectations and Conflicts

Conflicts determine the quality of every relationship. Even the most loving couples, friends or family members face conflict in their life. It is because we are different people, with different life experiences, tendencies, desires, fears, challenges and upbringing. Every moment in time, whether we have judged it as a negative,…