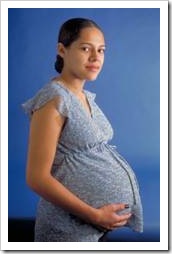 It is funny to talk about kids and money, but even money can be the difference between having kids and not. Here is a story that illustrates what I mean.

Maxine wanted babies all her life, but never wanted to have one by herself. Single parenting was not very appealing to her. When everyone started nagging her to get married and warned her she was “missing the train”, she kept saying she would not have a child on her own and since the right guy could not be seen on the horizon, her baby dreams seemed farther and farther away.

Then, at the age of 37, Maxine met Don, who was even a bit older. They both knew the clock was ticking for both of them, but Don was afraid of the commitment and did not want to rush their relationship. The wonderful love between Maxine and Don was cluttered by the ticking sounds of their advancing age.

Every few months, pressured by the “ticking body clock”, Maxine said goodbye to Don. “I love you very much, but I’m looking for someone who wants to have a family with me”, she said.

Every time, after 2 days or a week, Don would call her again and ask her to reconsider. “I need some more time”, he said.

After a year of ups and downs, Maxine and Don moved in together. They talked about having a baby more often than before, but Don was still trying to get used to the idea of having a family. “After so many years of being on my own, I need time”, he kept saying.

About 6 month later, Don and Maxine decided they were ready to start a family. A month went by, then 2 months and finally, Maxine went to see her doctor. After some tests, the doctor suggested in vitro fertilization and Don and Maxine went through all the heartaches associated with the procedure.

After 4 unsuccessful attempts, the doctor suggested using more hormones, but the increase in hormone dosage sent Maxine to the hospital with a new problem cause by the hormones. It took Maxine another 2 precious months to recover as Nature took its time.

Maxine celebrated her 39th birthday with the joy of having a partner she loved, but with the frustration of hearing the clock ticking loudly. Don offered to see a very expensive specialist who took Maxine through a special test and told them that if they ever wanted to be parents, they would have to use an egg donor, because Maxine had no viable eggs left.

The search for the right egg donor started and after preparing her body for IVF again, Maxine went through her first IVF attempt with another woman’s egg. Alas, that was unsuccessful.

After another 6 months of preparation, having to manage the storm of her emotions as she went through a grueling wait and hormonal changes, Maxine went through the second IVF attempt with a donated egg and was very happy to tell the world she was finally pregnant!

On Maxine’s 41th birthday, she and Don celebrated with their gorgeous, healthy 9-month-old daughter. 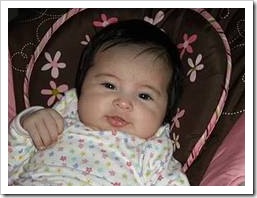 Whenever Maxine tells me about the expenses of having IVF, the specialist who charged hundreds of dollars to see them for just 10-20 minutes over 6 months before she got pregnant and 9 months after, the payments for the egg donors and all the hormones and the treatments she went through, I tell myself that some kids are literally “precious” kids (as in “expensive”), because to have them, their parents have had to pay a fortune (not to mention the emotional price they have had to pay).

Sometimes, I wonder why I meet these people in my life, but the answer comes automatically that they teach me to appreciate what I have and not take things for granted.

If all you had to do to get pregnant is to make passionate love one night and enjoy every second of it, you are so lucky!

Be happy in life,
Ronit