Our friends came for the weekend to our house to celebrate their daughter Tammy’s first birthday. We had finished a great breakfast and were cleaning the balcony, while my friend was preparing little Tammy a bottle of baby formula.

“I finished the formula box. Where is your recycling bin?”, she asked.

I looked at the big formula box she wanted to throw in the bin. “Are you sure you want to throw it away?”, I asked her.

“You can make a great game from it for your daughter”, I told her.

Boxes are always a treasure for a teacher. In my Garden of Eden program, games were the main vehicle for learning. My partner and I went to factories and recycling places, stacked boxes, filters, cups, stickers and everything else we could find, and made games out of them. Every game a kid mastered, they could take home to show off and keep.

At the beginning, we aimed to make one game a week for each kid (this already turned us into a game factory). We made a special place at the entrance to our centre, where the kids checked every day for games they could take home. 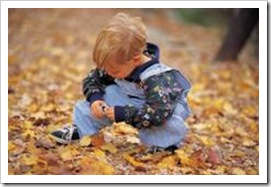 A short time after they got the first game home, they expected more. At the end of every day, we had disappointed kids crying to their parents that they were not taking any games home.

Sure enough, we had to increase our game production to 3 times a week per child and after one term only, each kid was able to do so many things, they could take more than one game home every day. By that time, we got better at making them and got the help of family and friends. So for me, every box is a game resource.

“She is just one year old. What kind of a game you mean?”, my friend asked.

Now, I want you to know a little bit about my friend. She has 3 children, the youngest being this one year-old, she is working on her PhD in Telecommunication and is very much into getting good education for her kids.

“We can make holes in the cover and ask her to put drinking straws into the box through the holes”, I suggested.

“Don’t worry. I’ll give you a box in six month. I buy one every week”, she said.

“Ronit, she is just one year old”, said my friend and then, she changed the tone of her voice, remembering my early childhood program. “What, you think she’ll be able to do it already?”, she asked very, very surprised.

How many things in life do we not try only because we do not believe we can do them?

The same thing has happened to me every day at work for many years. Every time parents took a game home, they asked, “Are you sure they can do it?”, even though I had explained many times that the kids only get to take home games they can play successfully.

Your kids will surprise you if you give them a chance

Throughout the whole program, in all places in which it was implemented, parents were surprised with their kids’ achievements. My job was to give the kids the belief they can, although everyone else around them was sceptical.

When I talk to people about my program, I say that the real customers were the parents. I only used the kids to prove to the parents that their kids were wonderful and capable. After that, they were no longer the same parents.

An hour later, little Tammy sat on the floor, with six other kids sitting around her waiting to see if she could fit the straws through the narrow holes in the cover of the formula box. The holes in the box just the right size for the colourful drinking straws, so holding a straw and inserting it into a hole required good fine motor skill. 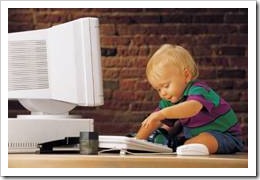 She was very happy with the attention around her, of course. I showed her how to do it once and. She played with the straw and was very funny in her attempt. I held her hand and inserted one straw.

Everyone else clapped and cheered, and Tammy looked around and smiled happily. Then, she took anther straw and put it in by herself.

About 10 minutes later, the kids had counted 16 straws.

So now, I have a question for you:

How many experiences could you have given your kids, but didn’t, because You didn’t believe they were able to do them?