I met Amir this year when we both worked for the “together for humanity” organization in Australia. He had black skin and spoke broken English. In the presentation we did together, he told the kids he was from Africa. It is amazing, but most of us in the organization are either educators or social workers. Amir was only in his first year of study for his Social Work degree. As part of the program, he talked to the kids about being “black” and suffering for it. I did not know quite what he meant when he said “suffering”.

This week, Amir and I came back from a presentation at a school and I asked him about his background, so he told me his story. 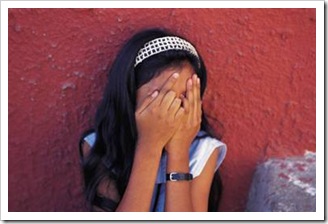 Amir was born to a very rich family in Africa. His parents, two well-educated politicians, were murdered in their house and the terrorists burned their house down totally. Amir was the 7 years old and the eldest of 3 children. He took care of his 5-year-old sister and 3-year-old brother for a whole month, until one of the neighbors took them out of the house and smuggled them out of the country, fearing for their life.

When they left the country, the kids had to split up and were sent to different places to keep them safe. Without parents, the 3 kids were refugees and could not go back home to be with their extended family, as this would put all of them in danger.

About 8 years later, an American who had been a friend of his late parents found Amir and applied for political asylum for him and his siblings. It took time to find the 3 kids, who were now in different place in Africa.

When their visa was granted, they reunited in Australia, where they now live safely, but still feel some hostility towards their skin color and their ethnic and religious background (they are Muslim). Amir is currently studying at university. He is married and has a baby. His sister has just married and his 17-year-old brother has just finished high school.

When I dropped Amir off, I sat in my car for some time and thought about my own kids. I did not know whether I should tell them about Amir or maybe keep them believing in a happy, safe and just world. 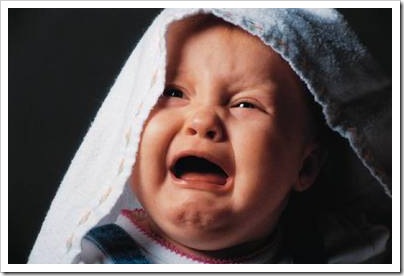 I have heard myself telling my divorcing clients never to get kids inside their wars against each other and I knew I was naïve. Kids are the first victims of war, because they carry on their shoulders the responsibility to make peace. Because they cannot find logic in adult misunderstandings and they lose trust in life.

God, they are just kids! War is easier to make than peace and until this changes, they are doomed to suffer for their ancestors’ actions.

There is a beautiful song by While Lion, whenever I hear it, I think of the big responsibility our kids carry on their shoulders to build a better future and remember our part in equipping them with the tools to do it. Making peace is something we force our kids to do because we make war. At least we should give them the tools to fix it.

When the Children Cry
– White Lion

This is the official UNICEF song. Play it and sing along.

Little child, dry your crying eyes
How can I explain the fear you feel inside
’cause you were born into this evil world
where man is killing man but no one knows just why
What have we become. Just look what we have done
All that we destroyed you must build again

Little child, you must show the way
to a better day for all the young
’cause you were born for all the world to see
that we all can live with love and peace
No more presidents and all the wars will end
One united world under God

What “have we” become, just look what we have done
All that we destroyed you must build again
No more presidents and all the wars will end
One united world under God

Let’s make peace for the sake of our children!
Ronit

Choosing the Right Career Path for Your Kids

Parents worry about their children choosing the right career path. Some people start these worries very early in their kids' life. I know parents who have registered their babies to a special daycare center when the mother discovered she was pregnant. Don't get me wrong, I think education is important…

Liam was a very handsome man. When he entered my life coaching deck, I didn't believe he was almost 40 years old. He looked 25 and I wondered what kind of woman would leave such a great-looking guy. On his client details form, he wrote that he had two boys…