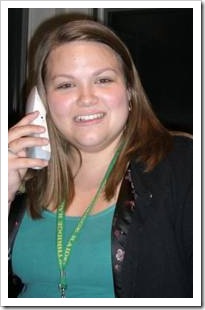 A few days ago, our friend Helen called. A kid had dies as a result of violence at her son Oliver’s school and he did not want to go there anymore. Instead, he wanted to go to his twin brother’s school, except his twin brother objected.

“What should I do?” she asked me, “If I move Oliver to Ashleigh’s school, Ashleigh will stop feeling special and will have to share his circle of friends with Oliver, although he chose a different school so they could be apart. If I tell Oliver he must find another school, I’m limiting his choices and I’m not being a good mother to both of them equally”.

Now, this was a friend and not a client, but sometimes, doing “the coaching thing” is the best way forward, because it keeps the problem where it belongs and brings the solution from the same place – the mind of the person with the problem. So I started asking Helen some questions.

“Tell me, who picked the kids’ high schools?” I asked.

“They did”, she said, “Ashleigh wanted a good school with separate friends and didn’t mind the long commute or having to make new friends, while Oliver wanted a nearby school, where he could be with his friends from primary school”. 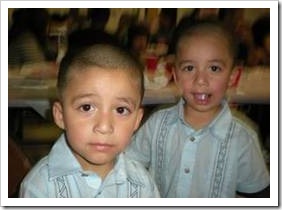 “Yes”, Helen said, “There was one school I didn’t want for them and I told them it wasn’t an option, but they didn’t want it anyway, so everything was cool”.

“Did each twin have any say in what the other chose?”

“No, they were happy to be apart finally. It can be hard being somebody’s twin all the time, especially when you become a teenager and want to form your own identity, so each one was just glad the other picked a different school and that was it”, said Helen.

“Oh, I see what you’re saying”, said Helen, “Why should this time be any different? Oliver should be allowed to choose his own school, just like before, and Ashleigh should accept his choice”.

“Isn’t this your way of making decisions?”

“Yes, of course. That makes it so clear now. I know what to do”, Helen said.

“I think there is another matter here”, I said, “The reason for Oliver’s change of school is that another kid has just died as a result of another kid’s violence. This should be a very scary experience for Oliver. As his mother, how would you expect his twin brother to behave right now? Do you think this is a good time to be thinking about his own social comfort, while his brother is scared enough to compromise on his choice of school?” 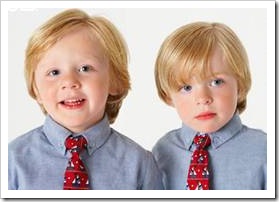 “No, it’s not”, said Helen, “Initially, Ashleigh was really supportive, but when Oliver started talking about changing schools, he started being defensive. I can see his point, because this may affect the rest of his high school years, but the whole situation isn’t something Oliver wanted to begin with, so there’s no point making things worse for him”.

“Come to think of it”, I said, “If Oliver goes to the same school as Ashleigh, what does that actually mean? Can’t they still have separate friends by going to different classes?”

“To some extent”, Helen said, “I suppose I could ask for Oliver to be in another class, but they’d still be riding the bus together with the same kids twice a day for a long time and they’d still hang out with the same friends when they got back”.

“Well, not always”, Helen admitted, “Now that they go to different schools, each of them has a different circle of friends, even though all their friends live around the same area. I suppose they would still both have the flexibility to choose who to play with, who to study with and even who to sit with on the bus. And when they don’t, that’s not so bad either, because they are still brothers and they still love each other and get along very well”.

“If it makes you feel better”, I decided to offer a parenting tip, “Kids are very adaptable, so I think Ashleigh will adjust to whatever decision is made quicker than you think. Very often, kids look to their parents for guidance. Ashleigh might be confused about what could happen and that’s natural, but once the change is made, your confidence that this is the right thing to do will help him believe the same and after a while, he will find ways to make the new situation work for him, because anything else would just be a waste of his time”. 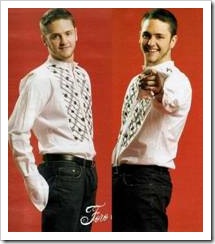 “Hmmm, I see what you’re saying. In fact, our kids have moved cities and countries and even changed languages. Both Ashleigh and Oliver are very adaptable kids, so I’m sure things will work out just fine”, Helen agreed and then sighed, “Thank you for this. I feel so relieved now”.

Just to recap, remember that your kids draw much of their confidence from your parenting consistency. If you do things a certain way for a reason, all you have to do is believe in yourself and your parenting methods and work them. Particularly when something changes, your self confidence and steadiness make you pillars of strength for your kids.

In most situations, the difference between the various options is not a matter of life and death or even like day and night. There is typically a lot of flexibility within each option that can make it work. Showing confidence in your choice will allow everyone involved to “just get on with it”, believing the right decision has been made, even if you have chosen something that is only 95% perfect.