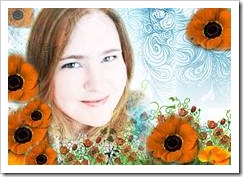 Last Friday, our entire family went to listen to a Jazz concert, which was part of a series of concerts organized by a university’s performing arts department. One of the members of the band was my son’s percussion tutor at the recent MOST residential camp, as well as the composer of the most exciting music pieces my son plays in his school’s percussion ensemble. We decided to go and finally see this guy our son admires so much.

[If you are interested, this is John Parker‘s MySpace page. Listen to “Modern Life”]

The performance lasted about an hour and while we were listening and watching them sit on stage with a beautiful grand piano, double bass and a drum kit, Gal said to me, “Just look at them and you’ll be able to tell their communication style”.

It was very funny, because all three of them played for about an hour 6 or 7 Jazz pieces they had composed themselves and they played the whole time with their heads tilted to one side. 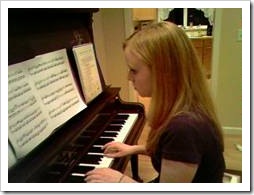 Visual and digital (the other two communication styles) people can still enjoy and play music and can be quite good at it, but they can never make it a lifetime commitment, because playing requires too much effort and does not create enough pleasure for them.

One very distinct thing auditory people do is tilt their heads as if they are directing their ears to the source of the sound. Doing this also reduces the influence of visual input and improves access to auditory memory. In my workshops, I can tell who the auditory people are because they do not have to look at me while I speak. They usually tilt their heads a bit to make it easy for them to listen. 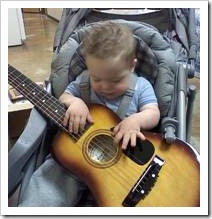 It was so funny when Gal told me to look at all of them, because for an hour, they played every piece with their heads tilted to the side.

Composers are people who hear the music in their mind while writing a piece from scratch. They have a tune in their head and they are more likely to be auditory than kinesthetic, because they have to have very sophisticated auditory abilities, yet they do not require a lot of movement to compose.

If you have kids who likes music very much, who sing and make lots of noises and who tilt their head for no apparent reason, they may be auditory. Give them space and they may end up being wonderful musicians.