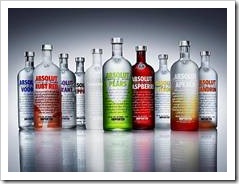 This week, I was at a conference and I had a talk about my book for teenagers with a woman named Jill. As often happens, our conversation turned into a “bitching session” about teenagers.

“Last night, I picked up my 15-year-old daughter from a party. I’m one of the rare parents who still come to pick their kids up. The rest takes a taxi”, she complained, “When I arrived, there were lots of police cars around”.

“Did anything bad happen?” I asked, worried.

“Oh, no, that’s usual. Every time she goes to a party, someone does silly things and the police arrive”.

My 20-year-old daughter and my 14-year-old son had never participated in a party where the police arrived, so I asked her, “What do you mean by ‘silly things’?”

“You know teens – they were drinking”, she said.

“Sorry, I guess don’t know”, I apologized, “Why would 15-year-olds be at a party where drinks are served?”

“Most of the time, the parents are there and they supply the drinks, but sometimes, they make it a BYO – bring you own – and the kids bring their own drinks.”

“Why would anyone do that?” I asked, pretty shocked, “What do you do for her parties?”

“I don’t provide alcohol, but I allow them to bring their own” she said.

“But they are minors”, I said.

“Well, if they bring their own, it’s not my responsibility”, she said. 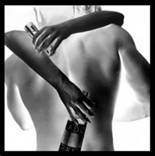 Boy, did she get that wrong.

A while ago, when I ran a workshop on the Gold Coast, I met Belinda, who worked for the local government’s drug and alcohol unit. She told me about new rules that had just come out, which put more responsibility on adults for underage substance abuse. When I came home after my conversation with Jill, I called Belinda and asked her about the regulations.

Belinda was happy to send me the new regulations and I was shocked to discover (again) that the law, which is meant to protect us and, in this case, our kids, is impotent.

The regulation states adults who supervise minors are held responsible, but if they serve soft drinks together with the alcohol, serve food and stay sober themselves, they cannot be charged. They can only be charged if something goes wrong.

What a stupid law! The responsibility is active only if something goes wrong.

I asked Belinda, “What protects my son at a party when his friend’s parents serve kids alcohol and nothing goes wrong (no stupid things, no one goes to hospital or calls the police)? What part of the law makes sure he does not drink without my permission? What in the regulations tries to prevent peer pressure to drink?”

“Nothing”, said Belinda, “Absolutely nothing!”

In a commercial setting, the penalties for selling alcohol without a license or to a minor are huge and every person who works at a pub or “licensed” restaurant must complete a course called “Responsible Service of Alcohol”, in which they must learn all the relevant regulations. Getting a commercial alcohol license costs a fortune and is continually monitored by the government. Yet, there is no law against providing alcohol free of charge to minors or allowing minors under your supervision to drink.

I think the only thing that works to my advantage is the belief that no reasonable parent will take the risk that something wrong might happen under his supervision and the strong belief that I can teach my kids MY definition of responsibility, which is very different from “Don’t get caught”.