There is a wonderful story of a young girl who believed in miracles. I thought it was a good idea to bring it here so you can read it too and be inspired.

Two weeks ago, I wrote a post about my experience with a group of 3-year-olds. I managed to convince them (it wasn’t a hard work at all and it was a lot of fun) that they had magic in their little hands. And from that moment on, those young kids used their small hands to comfort each other and felt very powerful.

They worked miracles with their hands.

I remember a childhood story about a teacher who wanted to make her young students happy by planting a “bubble gum bush”. She planted some bubble gum wrappers with the kids and when they came two weeks after, they found a small bush with bubble gum hanging from its branches.

I talked a lot about this story with other teachers. We wondered whether those kids would have felt betrayed or if they would have felt the love and happiness she wanted to give them.

Let me tell you, when it came to my turn with the seeds and my kids’ magic hands, the look on their faces as they watched the seeds grow was worth the risk for me.

Tess buys a miracle for a dollar and eleven cents

A little girl named Tess went to her bedroom and pulled her piggy bank from its hiding place in the closet. She poured the change out on the floor and counted it carefully. Three times, even. The total had to be exactly perfect. No chance here for mistakes. 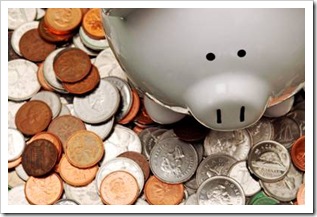 Carefully placing the coins back in the piggy bank and twisting on the cap, she slipped out the back door and made her way 6 blocks to Rexall’s Drug Store with the big Red Indian Chief sign above the door.

She waited patiently for the pharmacist to give her some attention, but he was too busy at that moment. Tess twisted her feet to make a scuffing noise. Nothing.

She cleared her throat with the most disgusting sound she could muster. No good.

Finally, she took a quarter from her jar and banged it on the glass counter. That did it!

“And what do you want?” asked the pharmacist in an annoyed tone of voice. “I’m talking to my brother from Chicago whom I haven’t seen in ages”, he said without waiting for a reply to his question.

“Well, I want to talk to you about my brother”, Tess answered back in the same annoyed tone, “He’s really, really sick, and I want to buy a miracle”.

“I beg your pardon?” said the pharmacist.

“His name is Andrew and he has something bad growing inside his head and Daddy says only a miracle can save him now. So how much does a miracle cost?”

“We don’t sell miracles here, little girl. I’m sorry, but I can’t help you”, the pharmacist said, softening a little.

“Listen, I have the money to pay for it. If it isn’t enough, I will get the rest. Just tell me how much it costs”. 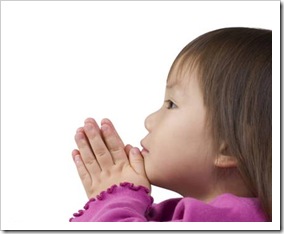 The pharmacist’s brother was a well-dressed man. He stooped down and asked the little girl, “What kind of a miracle does your brother need?”

“I don’t know”, Tess replied with her eyes welling up, “I just know he’s really sick and Mommy says he needs an operation. But Daddy can’t pay for it, so I want to use my money”.

“How much do you have?” asked the man from Chicago.

“And it’s all the money I have, but I can get some more if I need to”.

“Well, what a coincidence”, smiled the man, “A dollar and eleven cents is the exact price of a miracle for little brothers”.

He took her money in one hand and with the other hand, he grasped her mitten and said, “Take me to where you live. I want to see your brother and meet your parents. Let’s see if I have the miracle you need”.

That well-dressed man was Dr. Carlton Armstrong, a surgeon, specializing in neurosurgery. The operation was completed free of charge and it wasn’t long until Andrew was home again and doing well.

Later, Tess’ mom and dad talked happily about the chain of events that had led them to this place. “That surgery”, her Mom whispered, “Was a real miracle. I wonder how much it would have cost?”

Tess just smiled. She knew exactly how much miracles cost: a dollar and eleven cents … plus the faith of a little child.

Our world would be a different place without the telephone, the radio and electricity, all of which came like miracles to people who believed.

Kids are in our world to carry the magic and spread their magic powder on everyone around them. They do it effortlessly. They only need to believe in miracles.

And we, their parents, should help them with it.

So, do you believe in miracles?

Beliefs can cause all our problems in life. Luckily for us, beliefs are also the most powerful weapon we have against them. It just depends what kind of beliefs we have. For the most part, beliefs are created in our minds without our consent. Most of the beliefs you have…

How to Teach Kids Colors

When young kids go to any formal education, their knowledge of colors is checked. Colors are an easy way to check learning and it is possible to start teaching the colors at a very early age. Kids as young as 2 years old can learn their colors and build good…