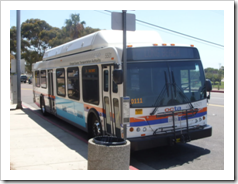 I like to walk around our beautiful neighborhood in the morning. It is one of the things that make me happy. I do it to warm up my body and mind, get my creative juices flowing (into the voice recorder on my mobile phone) and be ready for another great day.

About half way through my walk, when I was already going at a good pace and feeling pretty pumped, I saw a young Chinese woman leaving one of the houses and saying goodbye to a young man standing on the doorstep.

Suddenly, the young woman noticed a bus at a stop about 200 meters away. She became visibly uptight, her pitch rose and she looked like she was asking the young man what to do (as I do not speak Chinese, this is all my interpretation).

The man gestured towards the bus and looked like he was urging the woman to run for it and try to catch it. She kept pleading with him until he joined her and they started running toward the bus stop.

By the time they decided to run and crossed the street, I had been half way to the bus and it was still there. There were no passengers in sight, its doors were closed and it kept waiting.

I looked over at the young couple running on the other side of the street. She was running half-heartedly, as if she thought the bus would surely drive away before she caught it. He was just running alongside her, slowing himself down to her pace to support her all the way. 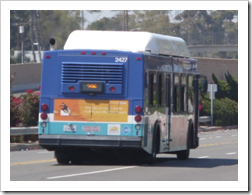 About 30 meters before they reached the bus stop, the bus pulled out onto the road and drove away. By then, nearly 2 minutes had passed and would have caught the bus easily.

This was someone else’s business until Eden came home from the university in the evening and told me another bus story (Coincidence? Serendipity? Quantum attraction?).

Eden’s Philosophy class typically ends at 8:50pm, after which she walks to the bus station and catches the bus home. That evening, the class ran a bit longer and only finished around 9:10pm.

As she was walking towards the bus station, Eden saw her bus already standing there. She said to her friend, “Hey, that’s my bus”.

Her friend said to her, “Go ahead and catch it”.

“Will you be OK?” asked Eden, because it was that time of night.

Eden sprinted towards the bus and reached it panting heavily. As she got on, the driver smiled at her and said, “You’re lucky you caught me. This is the last bus for today”.

Eden had not known it, but the buses are scheduled according to the normal end time of class, 8:50pm, which leaves plenty of time for the students to make it to the station and board their bus home. Still, when she saw the bus, she ran for it with everything she had.

The way I see it, this sums up very nicely the difference between winners and losers and presents a lesson every parent should be teaching every child repeatedly:

Nobody knows for sure what will happen in the future.
Losers live their life as if they have already lost and give up.
Winners live as if they are certain to win and give life all they’ve got

On a personal note, I was happy my own daughter was showing winning attitude. I would like to believe she got it from Ronit and me, but what I told her was, “Eden, it’s funny you’ve told me this story. Do you know what happened this morning?” And I told her about the other young woman.

If there had been even the slightest doubt in her mind that evening when she had decided to run for the bus, I hope my story helped her choose to give life all she has got every time.

Have a winning day,
Gal