Some time ago, we visited our good friend Neil, who is married for the second time and lives far away from his son from the first marriage Nathan. Neil had last seen Nathan 11 years before. He had some Photos of Nathan in an album created by his younger son Ben. When Neil had said goodbye his son and moved to another country, Nathan was just 9 years old.

After divorcing his first wife Sue, Neil had a smooth relationship with her. For about 6 years, Neil picked Nathan up from school and spent time with him until Sue finished work and came pick him up for the night. Since Sue worked most weekends, Neil was happy to have Nathan with him almost every weekend. All this changed as soon as Neil met Hannah.

Sue was so unhappy that Nathan’s visits at his dad’s house became a big problem. When Neil and Hannah got married and had Ben, Sue spent the next two and a half years fighting Neil in court and stopping him from seeing Nathan.

Devastated and unsuccessful at communicating with his ex-wife, Neil left the country in hope that one day, when Nathan is old enough, they would meet again.

On Ben’s 12th birthday, Ben asked to go with his dad to see his stepbrother. Ben was just 3 years old the last time he had seen Nathan. He only had vague memories, but the photos of Nathan holding him as a baby were enough for him to ask for this trip as a gift.

A short time later, a letter from Nathan arrived. Neil could not believe his eyes. Attached was a photo of a 20-year-old, gorgeous-looking Nathan in graduation robes and a square hat, having finishing a Psychology degree. Neil so wanted to hug him and the painful memories of the past flooded his mind again.

Nathan said he lived on his own and studied for his Master’s degree in another town. Neil called him on the phone and the father and son talked about seeing each other again.

“Come with Ben”, asked Nathan, “Let’s spend some time together. I have a month off”.

Neil was happy for the opportunity but was sad to think it could never happen. He hardly had enough money to support Hannah and their kids. Flight ticket, one month’s stay and a month away from work meant they would need $10,000, which was way out of their budget. 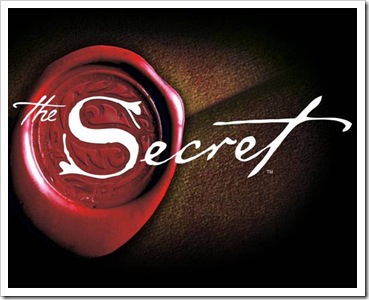 At first, Hannah said it was important enough for them to take a loan, but their visit in the bank was unsuccessful. Then, Hannah said she would ask her boss for a cash advance, but the money she gave her could hardly cover the airfare.

That week, Neil opened the paper and saw a free talk about “The Secret” (coincidence?). Excited after watching the movie, he went to the talk. The speaker was amazing and the morning after, Neil felt inspired, went to a travel agency and bought a ticket.

Hannah was worried. “But we don’t even have enough money for the tickets”, she said, “Let’s find the money first”.

But Neil said, “We have to act as if we have it already. Let’s send the right vibes to the universe and the universe will provide”, he kept saying.

He emailed me this message less than a month before the flight:

“Ronit, pray for me. The man at the Secret workshop said I had to feel the joy of receiving what I wanted before I actually got it, so I came home and the kids and I jumped for joy and had lots of fun. We screamed happily that we got the money and we were going to see Nathan. It MUST work, because the date is fast approaching and I’ve only managed to save $400 for the trip. I need another $8,000! I hope this “Secret” stuff works. It must work. It will work! I am going with Ben to see Nathan in 26 days…”

Neil’s entire family thought he was crazy. Together with Ben and Nathan, they planned the time of their life together. Whenever someone asked him about the money, he said, “The universe will provide”. As the days went by, everyone felt sorry for him. His parents said he’d lost his mind.

Hannah’s family thought “this Secret stuff” was nonsense and said he was pathetic. Some of them told Hannah she should not have allowed him to listen to this brainwashing “Secret” person and Hannah was torn between Neil’s strong belief in the Secret and reality.

Both Hannah and Neil had worked very hard for the past 5 years. There were no more days in a week to work. Every conversation for 4 weeks was about “The Secret”. Like a missionary, Neil tried to convince his family and friends that all he needed to do was to truly want the trip and he would get it. Being an atheist, everyone thought he had lost it and tried to convince him to cancel the tickets so he does not lose the money, but he kept saying, “The money will come”.

A week before their departure, we visited Neil and Hannah. During lunch, Neil excitedly told us that the night before, his brother-in-law had called and said:

“Neil, I think you are totally nuts with this “Secret” stuff. You just can’t believe in things like that. Money doesn’t just pop up. The universe doesn’t provide and asking for what you want isn’t enough. I’m worried about you. You have to promise me to stop this nonsense with this “Secret”. I’ll give you $10,000 as a loan, which you can give me back when you can. No rush. But promise me you won’t go on believing in this “Secret” nonsense…”

On Wednesday, the 23rd of July, Ben got his birthday wish and Neil got to fly half way around the world to see his son after missing him terribly for 11 years.

What do you think? Did The Law of Attraction work, or is it just nonsense?