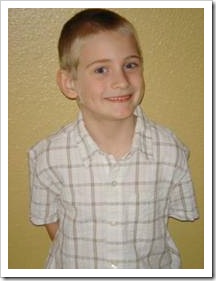 A few weeks ago, Ronit had a few sessions with a lovely little boy called Lenny (not really). He was very intelligent and very curious and bombarded Ronit with “unfiltered” questions, which got me thinking about perspective.

While he was working away on one of his assignments, Lenny asked Ronit, “Do you know that you sometimes talk to me in a different language?”

She explained to him that because we talk to our kids in a different language, she sometimes confused the languages.

He asked, “So they don’t understand what you’re saying too?”

Ronit explained that our kids understand her when she speaks the other language, because they know two languages.

He looked at her surprised and then said in excitement, “Yes!”

Being only 6 years old, Lenny accepts everything in his life as the only thing possible, so sometimes, he does not even need to call it by name. It is just “the thing that is” for him. The language he speaks is so obvious to him, he had never counted it as such. It was just part of life. And it never occurred to him that other kids might know other languages, simply because he doesn’t. 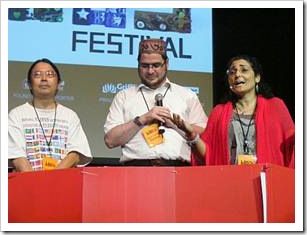 Another example of this occurs during a cultural experience Ronit runs at schools for Together for Humanity. The presenters use a big box to separate (“box in”) all the people who are not Australian. When they ask the kids if they are Australian, most of them are not sure.

Some kids consider themselves Australian (or not), but cannot explain why that is. They quote their religion and their language sometimes, neither of which are clear indications of their nationality. All they have is a feeling.

When our kids have a party and invite their friends, we sometimes hear them commenting about differences between their home and ours, their parents and us and even the different ways in which we celebrate birthdays. They are genuinely surprised in most cases, simply because they have never considered there may be other options for these things. For them, what they knew was just life and therefore “everybody must be the same”.

It is all a matter of perspective.

But of course, kids grow up and become adults.

I traveled in a car once with a man who complained about companies moving their manufacturing operations to China and the government doing nothing to protect Australian families from losing their livelihood. I listened to him patiently for a while and could see his point, but then I asked him, “Doesn’t this also mean that a lot of Chinese people can now earn a living?”

“I don’t care about the Chinese people, I care about Australians”, he said angrily.

“Aren’t they people too?” I said, “I bet they’re really happy to be able to feed their kids, pay for medical help and a roof over their head”. 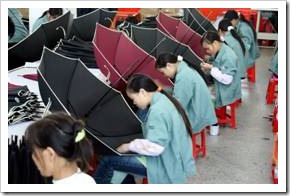 The man became visibly upset and turned towards me in a threatening manner. “As far as I’m concerned, the bloody Chinese can take care of themselves”.

That man’s life had been secure and comfortable until he had experienced the effects of a large economic shift in person. He was totally unprepared when that security and that comfort were taken away from him, because they had been … just life. There was no other way to live, so someone (the government) must now do something to restore his life to its proper order.

Having lived in Thailand, our family has seen extreme poverty up close. Along with it, we have seen lovely, social and sincerely kind people, who wanted nothing more than to go back to their village after 6 months of hard work, and see their children and their wife or husband. Having traveled in China, we have visited several places where the people who now make Australian shows lived and heard about their life.

It is all a matter of perspective.

I have a friend who lives in the U.S. and sends me emails about how right it was to invade Iraq, how brave the American soldiers are and how nasty the American government is to let all those Mexican families come into the country, take away people’s jobs and live on pensions. He complains that Americans spend too much time learning to speak Spanish just to get a long in some places and how the culture is changing. 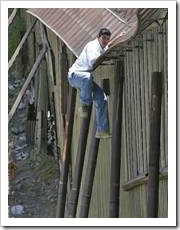 Well, I have been to Mexico and I can assure you that if I were Mexican, I would do my best to bring my family to the U.S. for a better life. I would probably need some support at first, until we got settled, and I would probably be able to get that support from the government and from the other Mexicans. Because in America, the life of the poor is better than in Mexico, so I would owe it to my kids and my wife.

Oh, wait, this is actually what I did coming to Australia. But guess what? I can now support myself, my wife and I contribute to the economy, to society, to the environment and to the education of Australia. I wholeheartedly appreciate the support of the government and although I like being with people with the same background, I also do my best to make friends and business connections with anyone who is nice and willing.

The world, my friend, is fast becoming a small place, in which people are just people and everyone else can see that. The world is also fast becoming a different place, because every time a Twitter or a Facebook emerges (or any other kind of disruptive technology), some things give way to them and disappears.

So what should we do about this as parents?

The main challenge is that we don’t know what we don’t know. To overcome this challenge, we must actively question our own point of view and make conscious choices, instead of accepting what we have grown into as the only possibility.

Consider coming to this blog to read my perspective on life, kids, family and parenting. You are doing it now. I hope it feels pretty good and you will want to do more of it, but I know some of the opinions posted on this site are unsettling for some people (we meet them every day). The ones who grow are those who are open to other options and who stop long enough to consider them. Even if they reject a new, they do it deliberately and gain another perspective.

Take this to the next level and learn about how other people live. Do it with your kids too, so that they grow up taking nothing for granted. You see, life is so much better when you know it could be worse, but if you lose something, life could be better when you know there is someone out there getting a lot out of it.

Lenny does not consider English “right”. When he heard another language, he was happy about it and gained perspective. His world is now a bigger place, with exciting things he could learn and explore, as it should be for your kids too. Just show them the way.