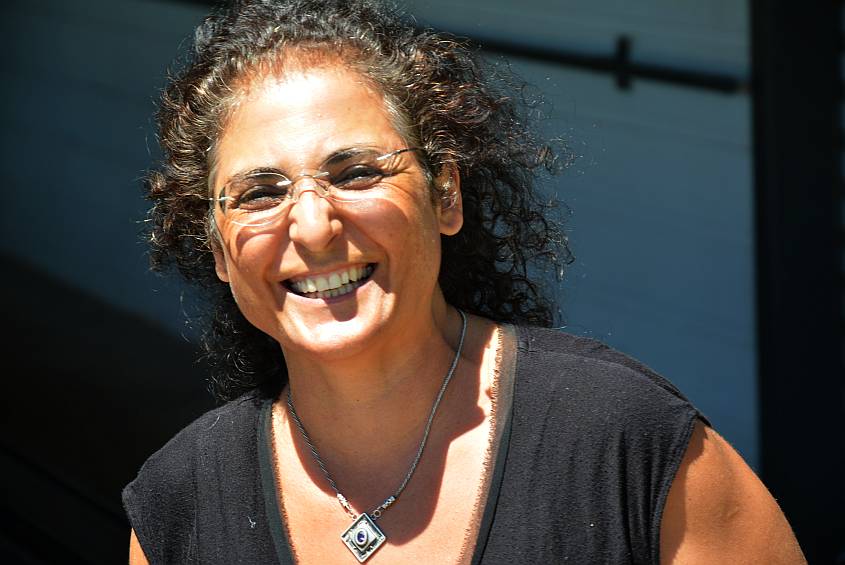 No one can answer this question but you. It requires an examination of your ideas and values and thoughts and beliefs. It was what I call “a spring cleaning of the mind”. Without that letter, without me getting what I wanted, I would never have examined what it actually meant until it was too late.

What is the meaning of wanting if we are not happy when we get what we want? What is wanting? Why do we want? Who do we want it for? What is happiness? Why happiness? Says who? What for? And the list of questions grew endlessly, because everything I answered myself brought up another question.

For about two months, I went into my own thoughts and I cried a lot. Even my crying disturbed me and started a whole new series of questions. Why are you crying about getting a letter that you will not be able to stay for 11th Grade if you already knew you were not going to stay? Is it the choice? Is it what others might think of you? Would they think differently if I chose to leave school, as opposed to being kicked out? Do I need to stay to please them? Please who? Why would I want to please them?

These are hard questions, because they start from within and the answers come from within. A lot of magic happens when we ask them and when we answer them. I think this is the best for spring cleaning of the mind, because it strips the answer of other people’s interests. For an answer to be genuine, it needs to come from within us.

If I asked my parents the same questions, they would have said different things than if I asked my sisters, my friends or my teachers. No one in the world could tell me why I was unhappy. No one in the world even knew what the magnitude of my unhappiness was. I could not even explain it to myself. I felt it. It was hard. It was big. It was devastating and it was dark.

I spent two months soul searching. I was 16 years old and it was the first time ever in my life that I knew what my thoughts were. I was so surprised to think of it. I had a question and tried to answer it for myself. No one was there. I had no one to impress, no one to blame and no need to justify anything. I could just think without judgment.

I think I meditated then. Later in life, when I learned to meditate, I realized that this had been the same. My teacher said, “Just let the thought come. Don’t fight it. Don’t judge it. Just examine it. Let it come and then, let it go”.

From blaming to facing the music

When I examined my thoughts, I noticed patterns that I had not been aware of before. I found many contradictions and it was scary. Initially, when I found a contradiction, my first reaction was to throw it on someone else. Blame was a defense mechanism and in my head, I could blame anyone I wanted and they could not even protest. Still, it did not feel right.

I blamed my parents, my siblings, my teachers, society, the world and God, and still, when I examined that blame, I realized it did not change how I was feeling. Not really. It felt for split seconds as an offloading strategy, but my circumstances, my position and my feeling did not change. I was still in the devastating “kicked out of school” state.

I never showed it to my parents and I knew the rules. I had failed 4 out of 7 subjects. Every day that passed only brought me closer to the realization. My teachers did not even bother with me. They handed me assignments and did not even comment on them, because they knew I was not staying. No point investing in me!

I tried going back to the past and changing it. It was a good strategy to practice. I learned the hard way that the power is in the future and the past is gone forever. It was even more devastating to understand that every moment in time, I had the power to do something different and I did not. It also hurt that when I could not do anything different, I wanted to.

How many times have you told yourself, “I should have…”? If you could, you would have. My “should have” died when I was 16. I buried it and came back to life.

Confusion, I realized, was the beginning of a mind spring cleaning process. Confusion is the state that allows change to happen. Albert Einstein said he used to spend weeks in a state of confusion. I learned that confusion was not a bad thing. It was the seed of good things.

Slowly, I made some sense of it. It was all in my head – the feeling, the desire, the blame, the justification, the devastation – all of it. I created it and only I could change it. I remember that it felt like a fog lifted. Suddenly, I knew things I did not know I knew and I did not know how I knew them.

This understanding rearranged the clutter. It was hard and, at the same time, uplifting. I had started writing fiction two years before, but during these two months, whenever I got some clarity, I had the urge to start writing again and even wrote some poetry. I felt the words of my poems the and story lines of my fiction were not mine. I did not compose them. They were composed somewhere and presented to me whole, complete, pushing me to write them. I wrote poems in one go, without any planning or search for rhyming words. I finished short stories in one sitting.

This event changed my life and started a path that led me here, to this blog, as an educator and a life coach. When I tell my clients that I was a troublemaker at school and that I have a degree in education, they laugh.

About 3 weeks before the end of the last term of school, I went to the guidance counselor. I told her that I was not leaving school. I was staying for 11th Grade.

She laughed and said, “Ronit, you are not staying, because you can’t”.

I looked at her with a conviction I had never had before, and said, “I’m staying”.

She said, “Ronit, we gave you so many warnings (true, they did). What’s different now?”

I said, “I will change all my grades”.

She said I had to change 3 of my grades in 3 weeks, because they only allowed students to retry 1 failed subject during the summer.

She was shocked. She looked at me supposed and said, “Ronit, I have never heard you talking like this”, and she agreed to speak on my behalf and allow me to change my scores and stay at school. She said, “If you fail any of them, you are out”.

One of the subjects was Literature. I loved literature and was very good at it, but the year before, I had said something rude to the teacher and learned the hard way that he was stronger than I was. He had never given me grades based on what I knew. He had never even read my exams. So I went to the teachers’ room to apologies for what I had said.

In 11th Grade, I got a scholarship for excellence. I was a school captain and the editor of the school newspaper. I published my poems and joined an elite youth group that took part in peace negotiations. I had a boyfriend (he is still my boyfriend, by the way) and a big group of friends. Even at home, my relationships with my sisters changed dramatically and my life took on a new course.

This spring cleaning of the mind is important. When I coach my clients, I take them though a mind spring cleaning process too. It is confusing, but empowering, and all my clients consider this a quantum moment in their life that changes their path in life. Their life is split to “before” and “after”.

I highly recommend going through this process and if you cannot do it yourself, get some coaching. It is worth it! You are worth it!

Wishing you happiness and love,
Ronit