In our time, pressure seems to be everywhere. There is a wealth of information like never before, which means we could find out about anything we wanted, only this takes time, so we look for “drip feeds” that will give us up-to-the-minute updates and we assume our sources do a reasonable job at finding and telling things as they are.

Reality is a bit different, unfortunately. Most of our information feeds are controlled by a fairly small group of huge profit-driven conglomerates, which make their money by selling. To sell well, they need people to “see red”, so they inspire fear via TV news broadcasts, bold newspaper headlines and various other methods.

The result of this is the general view that violent crime is everywhere, that different people cannot live together in harmony and that all too often, the only way to sort things out is to wage war on another ethnic group or country, even at the cost of “friendly” life. 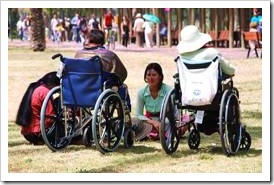 When we arrived in each one of these places, we naturally focused on the things that were unfamiliar and strange to us, because we needed to get used to them in order to be able to live comfortably. We noticed the local clothing, the local rules of driving, the style of the local buildings, the local manners and the local money.

But after a while, once we have settled in, all we could see was people – human beings, just like us, who get up in the morning, work for a living, have a family, care for their elders and sometimes struggle with life’s mysterious ways. We noticed couples holding hands and smiling at each other, kids running around screaming with excitement and parents looking worried when their child climbed too high or went too far away. We heard complaints about parking being hard to find, the ever rising price of fuel, the unpredictable economy and the distrust of politics. We saw women searching frantically for something in their purse and men panicking as they notice the time. We joined families as they watched big shows and played in the playground.

Now, some people find it hard to spot the good people and I think I know why. You see, by design, our brains interprets anything that looks, sounds or feels like us as trustworthy and good, because it affirms us. By the same design, we become suspicious of things that look, sound or feel different to us.

The problem is there are sometimes obvious things that look different, while the similarities are harder to find and require effort. 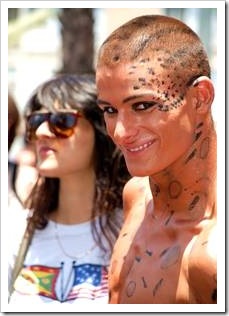 One of the things I have said to many people many times is this:

The more you know about another person, the harder it is to judge them. If you knew everything about them, everything they did would seem like the best thing to do and the obvious choice. Being them, you would do exactly what they do

Ronit and I have immersed ourselves and our kids in other cultures and gradually understood more and more of their customs. People who live in the same culture all their life (especially in the same place) and receive filtered information about other groups and other places are not likely to find that understanding. When they bump into people who do things differently to their local custom, they suspect them and protect themselves against their influence.

In many places in Europe, the population is rapidly becoming heterogeneous, especially since the Soviet Union was dissolved and the European Union was established. In the USA, over 1.1 million people became permanent residents in 2008 alone and over 4.4 million from 2005 to 2008.

Australia is a country of immigrants. Of nearly 24 million residents, over 4.4 million (18.3% of the population) were born outside of Australia, mostly from non-English speaking countries. In 2008, 1½ times more people were added to the population of Australia through immigration than through birth. Looking back 3 generations, most of the Australian population came from somewhere else and many still retain their original culture to some extent.

It is becoming increasingly difficult to “stick to your own”, isn’t it? If you think about it, it is going to be far more difficult for your kids!

So what can you do? 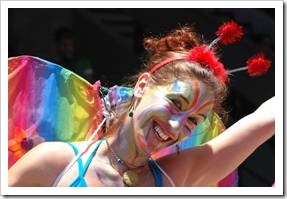 Whenever we go out to events with a large crowd, I like to play a little game with myself (if you are smiling to yourself now, please stop it and stay focused). I choose a person, a couple or a family and make up a story about them. I watch them for a while as they move around, touch things, speak, gesture and interact with other people. Then, I imagine what it might be like to be them.

When I see a couple with stern faces who hardly talk to each other, I imagine how they got up in the morning and had a fight. When I see a little girl crying and her father comforting her, I imagine she fell and got hurt or wanted to buy something and was disappointed.

I ask myself, “What may have happened for this person to behave like this?” I try to put myself in their shoes, or rather their emotional state, sometimes by matching their body language or facial expression. I try to BE them for a second.

To me, they are all people. Good people. 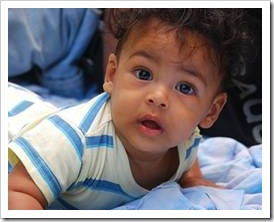 In my imagination, they feel scared, they feel happy, they worry about their relationship with their spouse or their all-of-a-sudden opinionated teenager walking around looking too inviting, they give up chatting with a friend to push their toddler on the swing, they wonder what others might be thinking about them and are surprised when a stranger (guess who) smiles at them a big smile of understanding and identification.

Often, I share my stories with Ronit and the kids. I think it is important for my kids to see good people, because they are everywhere, but they are so easy to miss. I believe that for our world to be a good place for my kids to live, they have to see the good people in it and in doing so, they will become good people too.