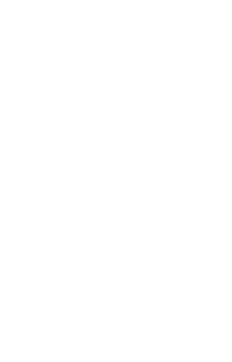 There is something natural and inspiring about the way young children handle diversity before they are corrupted by media and the heartaches of life. I think there is much we can learn from them about acceptance.

I have been heavily involved in diversity education for years, helping teachers, parents and students learn to accept the differences among people rather than being afraid of those who are different from them. I write programs, run activities and deliver presentations to help them recognize that even behind a person who seems very different there is a human being just like them.

Last month, I saw with my own eyes how this lesson could be taught without lesson plans, without intention, just by letting circumstances unfold and allowing kids to observe.

It was Sunday and our Diversity Tent at the Queensland Multicultural Festival was full of children doing arts and crafts. My daughter Eden (22) came to help me set up early in the morning. When the volunteer who promised to come and help did not show up, my 10-year-old daughter Noff also spent the day with us, helping kids her age and younger draw and paint. We wrote the kids’ names in different languages and they were all very happy and excited to see their names written differently.

About half way through the day, a 12-year-old boy came and sat at one of the tables. A gorgeous little girl, who was about 4 years old, wandered over to him and climbed onto one of the seats. The little girl was teeny tiny and did not have any hair. She had a tube taped to her nose with a band-aid. She wrote her name, Joelle, on one of the bookmarks. She was beautiful and it was obvious she was sick and had come straight from hospital for a day of fun at the festival. Everyone looked at her with sadness, feeling a bit uncomfortable. Her brother, who sat next to her, looked up from his coloring and said, “I’m Ashton and this is my sister. She has cancer”.

Everyone at the stall, both parents and kids, had been looking at her, not sure how to react to her sitting next to their kids with a tube up her nose and no hair and her brother just said it simply, with no reservations and no fluff. We all thanked him silently for doing this.

At some point, another girl, who looked a little younger than the brother, came and joined in with the coloring. A woman called out their names and took some photos.

The little sick girl, Joelle, decided to do our “Friends holding hands” activity. We gave her a cutout of 5 people holding hands to color in. She only colored in 4.

Eden asked her if she did not want to color in the last one and she said, “No. This one is for my other mommy, but my other mommy was sick in her brain and she died”.

“Do you have a new mom?” I asked, wondering if maybe the woman who had taken photos of the kids was the “new mommy”, but she said, “No”.

At some stage, her brother ran off to find their Dad and then came back to announce that they were going to get ice cream and that Joelle should hurry up and finish. She told him she did not want to go, because she wanted to finish her drawing. When the boy ran off again, Joelle told Eden she wanted ice cream, but she wanted to finish her drawing first. Eden, who was helping at their table, said to her, “We can look after your drawing. You can go have some ice cream and we’ll keep it for you until you get back”.

She smiled back happily and said, “That would be good. I really want to finish my drawing, but I also want to have ice cream”.

When they came back with their ice cream, her dad, who was a good-looking man, sat down next to them as they continued drawing and stroked Joelle’s head.

“You have gorgeous kids”, Eden said to him.

“Yes, they are. This one’s just missing some hair”, he smiled.

Eden asked him, “Is she getting better?”

“She’s almost there. She needs one more surgery and then 3 months of chemotherapy and she’ll be fine”, her dad said.

They were an amazing family. The kids were running around from one activity to another and the father looked like he was carrying a bit of burden. Other kids in the tent watched them carefully. Behind the bald head and nose tube, there was a little girl, just like them.

She finished her drawing and I asked her if she wanted to take it with her or paste it on our life-sized wood figures. She decided to paste it on the wood figures. Her dad helped her find an empty spot and she put her work there with a smile on her face, 4 of the 5 figures colored in and a blank one for her mom.

She smiled, said, “Thank You”, and skipped away with her dad.

I whispered “Thank you!” towards the little girl for inspiring all the children and parents at the tent and for giving them a real lesson in acceptance.