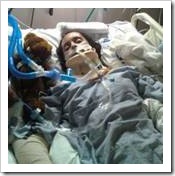 Over a month ago, our Friend Tom had a plane crash and broke a bone in his back without feeling his legs (see A Lesson in Proportion). As you can imagine, we were very disturbed as his friends and looked for ways to support him. Using all our happiness-coaching skills, we helped him imagine a happy future and set goals for every day and week. Sure enough, he started feeling parts of his legs gradually and our hopes grew stronger.

For weeks, every time we came to visit Tom, he had a “story of the day” for us. Some stories were happy, but unfortunately, most were sad and disturbing. We tried to encourage him to write down his hospital “adventure” for several good reasons:

Tom did not like the idea of writing and until now, 3 month later, he has not brought himself to write his hospital experience. 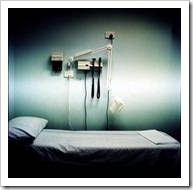 This week, something happened that made me so upset I said to myself, “If he’s not going to write about it, I will”.

Tom’s surgery was really serious and the pain he went through was intensive and very hard to bear. As you can imagine, he took many pain killers and other medications that were very serious, so every day, nurses came to his bed about 10 times a day to add some medication to his drip or give him some tablets and every time, they went through the same ceremony.

Two nurses arrived, one was always of a higher rank, with his patient chart and the medication. Before giving Tom his pills, they asked:

“What is your name?” Tom had to state his full name.

“Do you have any allergies?” Tom always said “I’m allergic to Penicillin” and showed them the red band around his wrist stating he was allergic to penicillin.

Then they gave him the medication and both nurses signed his chart. 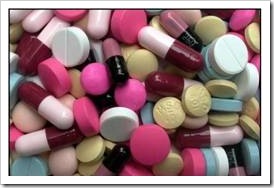 From time to time, when I was there, I heard the nurses apologizing for asking the same questions again and again, but Tom said he was OK with it, because he understood those were the procedures and it made him feel safe.

Well, one day, Tom had a fever. The doctors were very worried and one of them said, “We have to get you straight to theatre to clean the wound in your back, because it is infected”.

Tom’s wife was very worried and walked out to the corridor, where she noticed a sign about blood clots. Tom had developed a blood clot in his legs, which had traveled to his lungs and was being treated with blood thinners. The sign made her wonder how the blood thinners affect the operation and she asked the doctors about it right away. They said, “Oh, right, he’s on blood thinners. In that case, we can’t operate on him. We need to get him off the thinners for three days before surgery. So for now, we’ll give him some antibiotics to control the infection”.

The following day, Tom’s fever went up. For a whole day, the nurses worried and every time they checked, his fever was higher than the day before.

One morning, a new nurse came to give Tom some of his tablets. She asked him the standard questions just like all the other nurses about his name, date of birth and allergies, but then looked at the chart and said, “Did you say you were allergic to Penicillin?”

“Yes”, Tom said and showed her the red wristband.

“Then why did they give you Penicillin?” she wondered and showed us some text on Tom’s IV bag.

“No one gave me Penicillin”, Tom said.

“Yes, they did. You’ve already had five dosages of refined Penicillin and I think this has been causing your fever”. 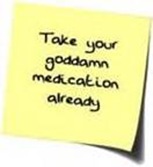 You can imagine that the whole hospital ward was scared to death. They sent doctors and lab experts to convince Tom he did not have any allergy to Penicillin. Sure enough, two hours after they changed his antibiotics, his fever broke and gradually returned to normal.

Since then, every staff member started sucking up to him so he would not sue the hospital for negligence, but this incident in another form took place on the day of the surgery with another negligence (and this was the best hospital in the area for spinal injuries).

What I have learned from this is that although Tom’s insurance will pay for all of his medical treatments, it will not guarantee that his mostly-fixable problem will reach a point where there is no patient to treat.

We have a joke with Tom about this. We say, “If the hospital doesn’t kill you, you’re going to walk for sure”.

Stay healthy and safe, and when you pay your insurance, make a wish that you will never ever need it.

How to break bad beliefs with doubt

A year ago, I became the Queensland state coordinator for Together for Humanity Foundation. The foundation works in schools with grade 4 to 12 kids to fight racism and inspire cultural openness. It turns out that, out of 50,000 kids in Australia who have participated in the program, over 90%…