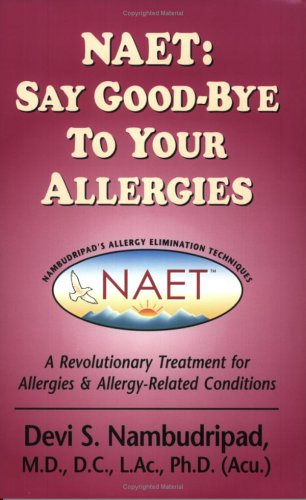 A while ago, I wrote about curing allergies and how you can relieve your kids from pesky breathing problems, rashes and food restrictions by visiting a natural therapist familiar with Muscle Response Testing (MRT) and some basic reflexology (see Curing Allergies). Today, I want to tell you about curing … emotional allergies.

I know it seems farfetched to think about allergies and emotions in the same sentence, but human beings are mind-body (psychosomatic) creatures, in which a chemical (like caffeine) can cause anxiety and stress can wear out the immune system and open the gates for disease.

Let’s take stomach acid as an example. Stomach acid is easily associated with a busy schedule, having lots of concurrent tasks and being mostly late for something. Sure, it does not help when your eating habits are irregular or that you overdose on coffee, but the pressure itself will also manifest in your heartburn and your ulcer.

Using the spinal massage and pressure points treatment with coffee or acid will only cure you half way. To get rid of the rest of your acidity, you must also unlink it from emotional triggers like stress.

A few weeks back, our family talked around the dinner table about the changes in our life since the allergy treatment and realized it had been great, but we still had some issues. The biggest was that Noff reacted to the water in pools and in our spa. We had treated one another at home with great results, but decided it was time to visit our therapist again.

So there we were, Ronit, Noff and I. Michael detected and cured Noff of her allergy to chlorine and other water chemicals in 15 minutes flat and he hopped off the table. It was my turn.

“Michael, last time, you treated me for acid and related allergens, but I still feel ‘acidic’. Do you mind checking again?” I asked.

“OK”, he said, “But let’s check if there’s an emotional component this time”.

“What?!” I nearly fell off the treatment table.

“Yeah, just hold your left hand on your forehead while I test you”, said Michael, “This will take the emotions out of the equation – short circuit them, if you will – and show me if you are still sensitive only to the chemicals being tested”. 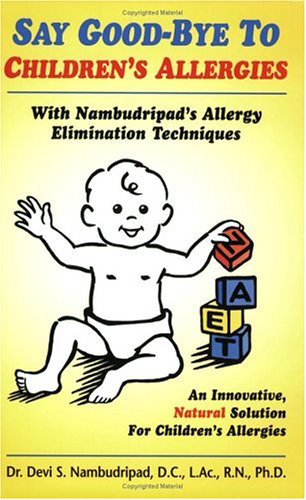 “It’s something emotional”, Michael explained, “Emotions can trigger allergic reactions, you know. I’ve seen it lots of time. It’s funny, but I’ve even seen couples who fought a lot and tested as being sensitive to each other’s touch”.

Ronit and I had a little chuckle at the last bit, but found the idea of emotional allergies (or allergy-like symptoms) interesting – weird and useful at the same time.

My treatment was similar to the testing. I simply held my left hand to my forehead while holding a vial of acid to my stomach in my right hand and Michael did his spinal massage and pressure points stimulation. It was as simple as before and apparently as effective.

I could not hold myself back any longer. “Michael”, I asked, “Given the success of your treatment on our family and the good number of friends we’ve referred to you, I’m surprised this is still such a big secret. How come curing allergies isn’t on the front page of magazines?”

“Well”, he said, “I first saw this treatment on TV, actually. One of the daily consumer shows did a piece on a new clinic in the city, which was offering allergy-curing treatments. They were out to debunk them and sent a reporter to investigate.

When the reporter showed up, the people from the clinic were very excited and open and showed in detail how they were treating people. During the making of the TV report, a good number of people were treated and said they felt better.

A month later and again after 6 months, the reporter interviewed those people again and found that they were 80-90% cured and very happy with the results. The TV people were very surprised and the clinic got some free publicity, which is how I found out about it.

So I contacted an older naturopath and he told me he’d been doing it for years. I went and learned it from him right away and started offering it to my own clients. 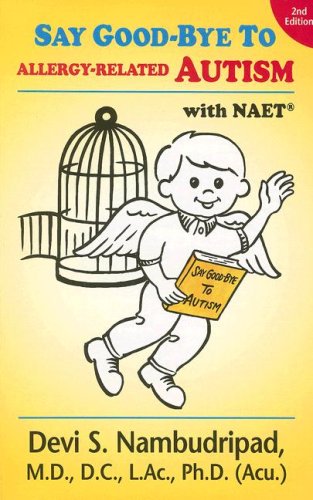 After some time, I was so excited about the results I was getting myself, I started talking to anyone who’d listen about this wonderful allergy-curing technique I’d learned, but they all had the same reaction – complete denial – even at serious naturopathic conferences, where people came to learn new things. They just said, ‘Allergies can’t be treated and I already have a good way to help people deal with their allergies anyway’ and wouldn’t hear anymore.

Talking to my mentor again, he said this is why he had given up talking about it. He said that he only told people about it if they asked.”

If you look at the first comment I got on Curing Allergies, you will see exactly how this works. A person who called himself “Rod” used very harsh words towards me for misleading people, although I was sharing personal experience. Without knowing anything about me or what had happened to me, he was confident enough to call me a liar.

You see, the mind is a powerful thing. It can cause allergies and it can cause people to deny reality, even when it is good for them to accept it.

So open your mind to the possibility that this treatment may actually work for you and your kids. Imagine the big difference in the life of your kids between growing up with allergies and restrictions and growing up breathing freely, having smooth skin and feeling great.

What have you got to lose?

Michael had several books in his library about curing allergies. I have provided links to these books for your benefit, should you choose to do it yourself. If you live in the Brisbane area and you want Michael’s contact details, please let us know