My Great-grandfather Comes in a Dream 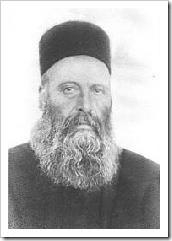 I suspected that my mom was psychic when I visited my late grandparents’ house and saw a photo of an old man, with a long gray beard and a special turban on his head. It was a black and white photo that stood proudly on top of my grandparents’ TV.

“This is your great-grandfather”, my mom said to me, “His name is Amu Yehezkel” (which means “Uncle on father’s side Ezekiel”).

She talked as if she knew him, yet we were at my dad’s parents’ house and Amu Yehezkel was not her grandfather.

“Amu Yehezkel was a respectable doctor in Iran”, she said to me, full of admiration for the man, “He saved his family many times because he was the Shah’s family doctor” (the Shah was the Iranian king for many years).

I was about 10 years old when I noticed the photo. It had been there on top of the TV all that time, but I had never noticed it. Mom used to smile at that photo every time we entered my dad’s parents’ house.

“Well, yes and no. He died long before I was born. I have never met him in real life”, she said and smiled.

“I met him in a dream, a very important dream”.

And this is her story:

My relationship with your dad was wonderful yet full of pressure and uncertainty. We went out together for a long time and he did not think it was time to move to the next level. I had never met his family and I was not sure his intentions to marry me were serious. This continued for while until I had had enough and in a big argument I turned my back to him and left, not intending to see him ever again.

The whole argument was very silly. I only wanted him to follow me and tell me that everything would be OK and that he was serious about me.

At night, I cried into my pillow and then I had a dream. It was a strange dream. I dreamed that I was in a huge old clinic, where people were sitting in jalabias (the long dresses worn by Arab people). Women covered their eyes in hijabs (a scarf covering their heads and face) and had scared looks on their faces. I was sitting next to them when a door opened and a strong hand pulled me into a room with many pieces of medical equipment. In that room, there was an old man with a long gray beard and a proud look wearing a turban. He smiled at me. He was old and tall and he said, “You will never leave our family” and disappeared. 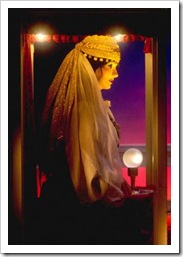 The next day, your dad appeared and asked me to marry him.

Two weeks later, I went to meet his parents for the first time and I was very excited. Grandpa and Grandma lived in this house. If was Friday afternoon and I came to stay for the weekend. When I entered this house the first time, I looked here at the top of the TV and saw the old man from my dream, the man who had pulled me into the room and told me I would never leave his family.

Then, your dad introduced him to me the first time and said, “This is my grandfather, Amu Yehezkel. He was a big doctor in Iran”.

This is a true story. I was about 10 years old the first time I thought something was weird about my mom. Would you not think your mom was psychic if you heard it?