From the other side of the world

I was ten when I discovered that my mom had these dreams. I know it seems like a strange thing to say, because everyone has dreams, but my mom has psychic dreams.

When someone tells you weird things, you think they are “psycho” or “mental”, but if you later find out what they told you was true, then you start questioning your “psycho” theory and allowing for the possibility there might be something there. When the weird things they tell you come true again and again, you start believing that the person (in my case, my mom) is psychic and has unusual abilities.

My mom has a very special ability to discover when someone is pregnant. She does not use any crystal ball, yet she manages to find this out in her dreams. Whenever someone who died comes into her dreams, it means someone in the family is pregnant. Usually, she can interpret the meaning of the dreams in such a way that she can tell who is pregnant in the family.

From time to time, in family gatherings (which was quite often, because she has 6 siblings), my mom would ask, “I know someone is pregnant. Who is pregnant?” and we would feel embarrassed and hold our breath until someone smiled and revealed the secret.

The first time I was pregnant, my mom knew it before I did and long before my period was late. According to the doctor, I was only one week pregnant when my mom asked me about it.

The second time I was pregnant (there were 5 times all up), I took Eden to the doctor to get the results of my pregnancy test. For years, my mom had asked when I was planning to have the next child and I would say, “You will know”. Little did I know she would even find out on her own!

With the positive results, Eden and I went over through my parents’ house. On the way, I told Eden to keep it a secret until the evening, so Gal would know before everyone else. When we came in, however, my mom welcomed me differently and grabbed my shoulder. Eden, who was about 4 years old, said, “Grandma, I have a secret I can’t tell you”. My mom kissed her and answered, “It’s OK, my love, you don’t have to tell me. I know already that mom is pregnant, because I’ve had a dream”.

For years, we thought she simply guessed it. What else could it be, right?

Years later, we lived in Texas, many miles of land and ocean away from my mom. We talked every week or two on the phone (at the time, overseas long distance calls were so expensive most of the conversation was “How are you?” “Good. How are you?” “What’s new?” “Same. What’s new for you?” “Nothing much. How are you?” This went on for a bit, while everyone imagined the sounds of coins dropping… 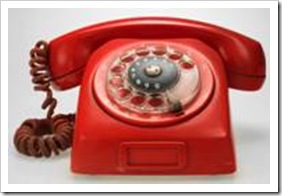 It was Saturday afternoon and I was so anxious to know if I was pregnant I went to Wal-Mart and bought a home pregnancy test, drove back home and impatiently opened it.

About 15 minutes after seeing the positive result on my pregnancy test, my mom called. Instead of the usual “How are you … and how are you?” she said on the phone, “I had a dream last night. Are you pregnant again?”

Do you believe it was a coincidence?

Well, come back in two weeks and I will tell you of one about her latest dream, in which she was kissed on the cheek.