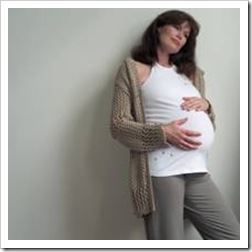 I first suspected that my mom was psychic when I was 10 and she told me how my great-grandfather came into her dream and told her she would stay in my dad’s family forever. The second time was about 15 years later, when I came to visit my parents on one of our monthly visits.

A year earlier, Gal and I had been together for 7 years and had already lived together for 2 years. We were both students and, although my mom was scared I would get pregnant before I was married (I think that was her worst nightmare), she never said anything to me. Nevertheless, she was very happy when Gal and I decided to get married.

After a year of marriage, my mom said nothing about getting pregnant and having babies, although she is the type of person who thinks you should get pregnant on the night of your marriage.

As students, we went to visit our parents (who happened to live in the same town) roughly once a month, because they lived about two and a half hours’ bus ride (we did not have a car then) from where we studied.

So, after a year of marriage, 3 years of living together and 8 years of being a couple, we were sitting at the dinner table and my mom touched my arms and said, “Is anything happening?”

“Are you pregnant?” she asked and I was shocked to realize this was the first time she had mentioned anything after I had been with Gal for such a long time.

She said that if a dead person came into her dreams, it meant that someone was pregnant. We all laughed, but my mom was convinced she was right.

I told her I could not tell yet, because I was not even “late”.

On the way home on the bus, Gal and I talked about it again. It was not strange that she wanted me to get pregnant, but it was very strange she had suddenly said something about it, so we decided to check first thing in the morning.

When I came to the lab, the girl at the counter asked me how “late” I was.

“I am not”, I told her and she looked at me in surprise.

“Then why are you doing a blood test now?” she asked. Embarrassed, I told her about my mom. She smiled at me in a very understanding way and signed my documents for the blood test.

During lunchtime, when I called the lab, the same girl in the office said to me, “Your mom must be psychic. You are pregnant!”