I remember the days before we bought our second home. Our family told us to buy a place that would fit all our kids into it. Our daughter Eden was just 1 year old and we fell into that trap of thinking 15 years ahead. We never thought about sleep over mania.

The place we bought was a huge apartment with a special room for a teenager. We lived there for about a year and a half and the spare rooms stood empty all this time.

Gal and I did not really have our own rooms most of our childhoods. So we really wanted our kids to have their own separate rooms. Whenever we moved (by the time Eden was 19, she had lived in 17 different homes), we looked for a house that had space for each of the kids, but things did not work out as we expected.

During school holidays, the younger kids (now 12 and 6) wanted to sleep over in Eden’s room. They took mattresses, their special blankets and pillows, migrated to her room and left their room empty and bare.

Eden was happy for them to join the party and left the door of her closet open, so she could take clothes in the morning without having to move them. 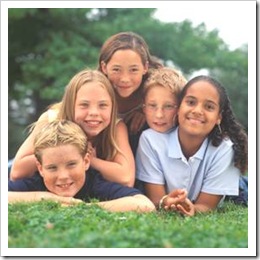 This happened one night, two nights, a week and a month. If I did not send them back to their room from time to time (after they started arguing who would sleep on the left mattress and who would sleep on the right), they would probably be sleeping over in her room the whole year (minus the days we invite all three of them to have a slumber party in our room).

So why do should we buy a big house, with many rooms, clean it and pay more mortgage if do not really use all of it?

Over the years, in 10 different places, our kids would sleep over in each other’s rooms most of the year. The only times they preferred to sleep in their own rooms was when they had a friend coming to sleep over and that did not happen as often (you know, school days are out of the picture and weekends are family time…). So we always have extra rooms for friends.

Every time we moved to a new house, Gal and I said, “Well, now they are older … now she is getting into her teen years and will want some privacy”, but again, they preferred the giggling nights as if they were on camp all year round. 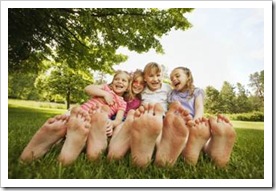 Last night, our kids went together to bed, the three of them in the same room. Gal joined in with them for the fun and sang them funny songs from his childhood. They were crying from laughter over silly things as he sang songs and they cracked jokes.

Every night feels like a slumber party. 3 kids with big age gaps between them and they prefer sleeping together to comfort and privacy. 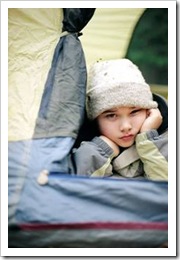 When we turned off the light, Gal and I looked at each other, asking ourselves the same question again, “Why did we bother buying a house with this many rooms if our kids end up sleeping together most of the year anyway?”

Are we missing something here?