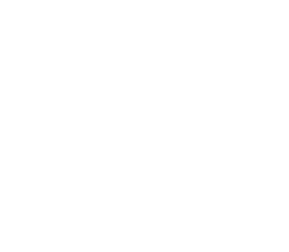 On Friday, the 30th of September, Gal and I were honored to participate in the funeral of Jaap De Nie, a friend of ours who died at the age of 68 in Holland.

The wonders of technology (a digital camera connected to a mobile phone using mobile Internet and broadcasting on a web address) allowed us to sit in our house with his daughter, her husband and their two lovely kids, watch and hear the funeral and say our last goodbyes to this inspiring man, who lived as an example and died as an example.

We were honored to have met him and be inspired by his determination and courage to cheat death and live to see his daughter’s wedding, the birth of his nephews and his two grandchildren and to spend time with them against all odds.

We met Jaap about 7 years ago through his daughter. Jaap was 61. He came from Holland to visit his daughter’s family in Australia. He and his gorgeous 37-year-old third wife, Ali, who was the same age as his daughter, were a fascinating couple. We talked for hours, gathering pieces of his life story and being inspired.

10 years earlier, the doctors discovered cancer that had spread throughout his body. They removed some of his organs, he went through chemotherapy and when the doctors could do nothing more, they told him to sort out his things and say his last goodbyes to his loved ones.

But Jaap decided to die in Bali. He called his two children and asked them to join him for the last weeks of his life. The two kids flew to be with their father, had a great time and nobody died.

So Jaap went back to Holland, went to the doctor and asked for some medication for a ski trip in Austria. The doctor told him that with his weak immune system, going skiing was suicide, but he went with his two children and his son-in-law anyway. They had a great time and Jaap stayed alive.

Jaap considered this misdiagnosis an opportunity. He changed his lifestyle, changed his eating habits, and surrounded himself with positive affirmations, good thoughts, friendly people and nature. Jaap found the formula to defeat death.

Jaap was an educator, a philosopher, an advertiser and a very creative person. We talked for hours about writing, education, philosophy and personal development. Jaap lived his philosophy. He travelled with his wife around the world and from time to time, when he came to be with his daughter and grandchildren in Australia, we had a chance to see him and spend time with him and with Ali.

Our love of writing was a big common ground and when I launched my first book, Be Special Be Yourself for Teenagers, Jaap and Ali, were very instrumental with their advertising experience in creating my launch. They designed a set of bookmarks, photos and cards for the audience and took people’s photos during the launch, printed them on the spot and pasted the on a special board with the participants’ comments.

During the 7 years we knew Jaap and Ali, they had to go back to Holland several times. Several times, Jaap got seriously sick in Holland, to the point where his daughter was asked … to come and say her last goodbyes. Every time when the doctors said it was the last time, Jaap said, “Sorry, it is not my time yet. I still have much to do”, and against all odds and with the amazing courage and dedication of Ali, who was a nurse by profession, he showed again the power of mind over matter. 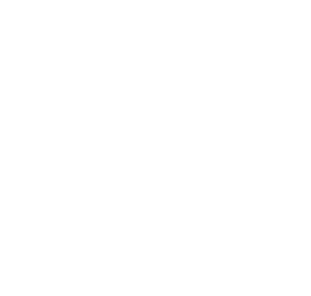 Three years ago, we celebrated Jaap’s 65th birthday at his daughter’s home in Australia. We had a wonderful dinner and again found it very hard to stop our conversation. I told him about my second book that was just coming out and promised to send it to him when it was published.

He flew back to Holland and got sick again. His daughter and his grandchild flew to Holland to say their last goodbyes, but Jaap recovered yet again. The doctors were confused and could not agree on the diagnosis or the treatment. He became very upset and weak. 7 times, he had defeated death and we were all sure he would do it again.

Two years ago, I sent him my book, In the Outback with Jasmine Banks. It was, in some strange way, his life’s story. Much like the character in the story, his real life had started 16 years earlier, when he found out he was going to die.

He loved the book and sent us a donation to promote the book, which I used to give a group of elderly women after a talk I gave on “Happiness in the Golden Age” and the power of the mind over matter.

In his funeral, a woman translated parts of the book to read to the audience. It was strange to hear the story in Dutch and only recognize the names of the characters.

His friend played his favorite piano piece and his brother, sister-in-law, nephews, nieces and friends shared stories about his life. From time to time, his favorite music and songs were played. Throughout the ceremony, we could see the picture of the wrapped swinging man.

He was wrapped exactly like the photo, with some of his feet and ankles bare and even with an ankle brace amazon. His brother and son made a bed of recycled timber, tree bark and tree branches, because he loved trees, and his favorite flowers for him to rest on during the ceremony.

It was way past midnight and as the event approached the end, we suddenly heard Jaap’s voice. Our hearts missed a beat. In a very frail voice, we heard Jaap saying his final goodbye. It had been recorded two years before, when he was convinced he was going to die, but made yet another amazing recovery and inspired everyone longer. His daughter, his grandchild and his son-in-law collapsed from hearing his voice.

Gal and I only recognized some of the names. Through the sobs and the tears, his daughter translated his words of sorrow, forgiveness and love. And he finished with “and I’ve always hated the cakes they give at funerals, so you don’t have to have cake”. The swinging wrapped man on the screen changed to slides from his life and ended with the word “PUNT”, which means “Full Stop” in Dutch.

Everyone left. Only close people gathered around him and carried him to the crematorium. His daughter whispered, “Goodbye, Dad”, and burst into tears again. The guy who took the video and broadcast the funeral to many of Jaap’s friends around the world slowly dimmed the screen, but we could still hear some voices behind a black screen.

Words cannot describe the feeling of grief and sadness. What a loss of an inspiring man. I whispered, “Thank you, Jaap”, and consoled myself I was lucky to have had the chance to tell him when he was alive he had proved to me that happiness was a choice, although I would never get the chance to tell him that thanks to him, I know now that even death can be a choice. He has taught me that no matter what happens, we need to keep swinging.

Thank you for the wisdom, Jaap! I will remember to keep swinging!

May you rest in peace!
Ronit