Introducing Eden – Wise beyond her years 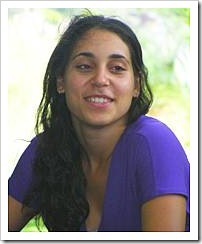 After 4 years of Family Matters, I am happy to say we have finally convinced Eden, our 21-year-old daughter, to contribute to this blog. This is not to say she had not been involved before, because she had, but always in the background.

You see, Eden has been a special kid from birth. She never read the books saying she should cry, nag, torture us with sleepless nights, be fussy with food, talk back and be a horrible teenager, so she never did any of these things. She was every parent’s dream. Even today, our closest friends talk about her with admiration. The most common thing people say about her is “She is wise beyond her year”.

It was only recently that Gal and I thought maybe it was about time our readers were exposed to that wisdom and have another perspective on parenting – that of a grown child. In over 650 articles, you have had my perspective as a parenting expert, life coach, educator and a mother or Gal’s perspective as a life coach, ex-corporate employee and father, but we thought Eden could add the perspective of a mature child with fresh learnings about psychology and human behavior. We believed the younger generation’s view could add value to our parent readers, but it took us time to convince her to do that.

We knew it would take time, because Eden is a full time student (studying Psychology), a full time administrator at the Brisbane Writers’ Festival, learns to play the piano and dances hip hop (only God knows how she manages to do all that and still be extremely successful at it). If you are a regular reader in this blog, you probably know her by now – she does everything with full commitment. She is a total person.

The good news is she said, “Yes”, and we are honored to say our daughter Eden will be a regular contributor to our blog. As you read her posts, you will find out more about her, out happy thought. 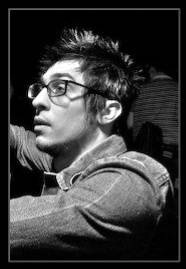 This week was the first week of tutorials at my university and we got to meet our tutor. You will be glad to know that my tutor is a bright young man in his mid 20’s with quite a bit of knowledge. From his introductory spiel, I gathered he had finished his honors year and is now in the process of applying for a PhD. As you may have noticed, he seems to have skipped some years, which should have been dedicated to his Master’s degree, but it seems this young man is quite smart.

As the tutor went through his slides, he kept putting himself down. He was using these slides to let us know we should criticize him if we discovered he was wrong, because that would be “his fault” and we should call him up if we do not understand, because sometimes “he” is unclear, and other quite harsh comments about his lack of knowledge being due to his nature and his inabilities. This was a bit of a shock for me, because he seemed quite nice and knowledgeable and he really had not taught us anything which could possibly have been wrong.

Now, I do not discredit humbleness. It really does have its value. I mean, if you compliment someone on their amazing singing voice or their beautiful drawing and they say, “Oh, yeah, aren’t I amazing?” I am pretty sure they do not score any brownie points. However, if they said, “Thank you for the compliment”, you would be more inclined to appreciate their talent and to compliment them again at another time.

If the tutor was simply being humble about being smart or being nice or knowledgeable, I think that would have been OK. But there is a point at which this self criticism becomes a little bit more internal and that is where problems start.

If the poor guy is standing there, thinking he is not good enough to teach this class, that is detrimental to him and his work and also to us and our study. His self confidence will plummet every time something goes wrong or he does not know an answer, because he thinks it is “all his fault” or it is all due to his lack of effort. Meanwhile, we are all sitting there thinking, “Man, this guy doesn’t know his stuff”. But is that true? No, not at all. He has just been putting forward that image. 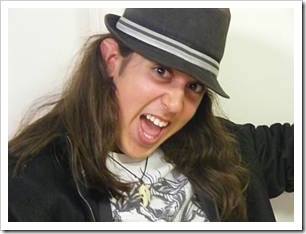 My brother Tsoof is also very talented and smart (and humble). Taking the most prominent example, he has been studying music for almost 10 years and is getting quite good at it. Obviously, I am biased, because I love him so much, but the reason this is significant is because he has a lot to be proud of and much to brag about if he so chose, or conversely, many opportunities to deny his talents. Yet he is very confident in his abilities.

When someone says to him, “Oh that was amazing, you are so talented” or something of the kind, he smiles warmly and says, “Thank you”. He almost never brags and will be sure to mention when there is someone whose talents exceed his own. If you tell him his work is good, he will never say, “Oh no, I am no good”. This would not benefit him at all. He has this amazing talent and if he kept putting himself down, no one would ever ask him to sing or play music, because they would think he could not do it. So he acknowledges compliments and is more than happy to share a tune and a sing-a-long with anyone who asks.

On the other side of the coin, if he makes a mistake, it really is not the end of the world and it probably was not his “fault”. He knows he tries his best and it just does not work sometimes. No worries, better luck next time.

I wish my tutor could appreciate himself like that.

Maybe if his parents taught him better…