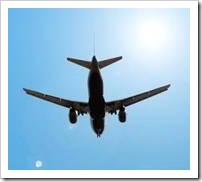 As you may know, Ronit is away now for over 3 weeks. She is away just before the end of the school year in Australia, when ceremonies and special events abound and when “my plate” fuller than ever with things to do, not to mention the printing of her new book.

We have never had to separate like this before. It was always me who went away for military service or business. When Ronit went away once, the kids went with her and I only had to take care of myself.

Many men I know would be pretty scared in my situation. Many women I know would do anything to avoid leaving their kids with their husbands for extended periods, saying the men would have no idea how to handle the kids. “They couldn’t boil an egg to save their life”, some of them say.

The truth is I was scared of this too, but not for the same reasons. I am a very good cook and I love making food, since I started working at home, I know a lot of what goes on with my kids and my kids are the good kind – they like one another, they are fun and they help.

One reason I was scared was because Ronit is “keeper of the schedule” at our house. When someone rings for an appointment, I always confirm with her, because when I just go ahead and book it, you can bet your life there is something she knew about that I did not. It has come to the point where Ronit maintains at least 3 different schedules around the place and I just have to confirm with her.

So what do I do without her keeping the schedule? 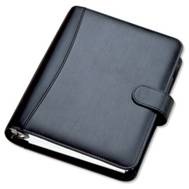 One particular part about keeping the schedule is coming up with plans for weekends and other off days. Ronit seems to know about what goes on in and around Brisbane and even when I find out about a festival or an event and tell her about it, she typically already knows about it.

So where do I get ideas for stuff to do with the kids on weekends?

Another reason was that I was so used to talking to her about everything. Working together in the same place and in the same business means being very close all the time and sharing everything at a very detailed level.

So what do I do without being able to talk to her about thing? And, oh my God, what if something really important happens while she is away?

Well, Ronit knows my limitations, so she appointed Eden Head Scheduler in her absence. Every conceivable diary and calendar on site was synchronized well before her departure.

On weekends, I have had some luck. We have had to organize some things around the house and in the garden and the kids have had some events already booked. Other than that, it turns out relaxing and taking it easy can be a lot of fun too. Some people can do “nothing” and some cannot. I can do “nothing” for pretty long and my kids seem to like it. Sunday mornings are really good times to wake up slowly, take our time with everything and just enjoy one another’s company. 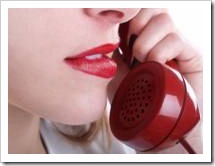 Are you thinking nothing important has happened? No such luck.

About a week ago, I got a call from the Herald Sun about Kids Coaching. I told the nice reporter what it is we do and why I think coaching is beneficial for kids and for their parents. It was the first time I had been interviewed for a newspaper and it was quite exciting. I just wished Ronit was here.

The next morning, I found a message on the mobile from 5:48am. A morning radio show from Sydney wanted my comment on the article. 5:48am! I was glad I did not hear the phone.

We got ready and I drove the kids to work and school. When I got back home, I got another call, this time from a radio station in Brisbane that wanted to book some time later about that article in the papers. Where was my schedule master when I needed her? And who would share my good fortune at being so in demand?

No matter. I rang the Sydney station, but their program had ended by then.

By that time, I realized other radio stations might call as part of their daily news reviews. “It’s only today, so I’ll just hang in there and make the most of it”, I thought. 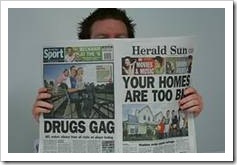 Then, the phone rang and a woman said she was from Channel 10 on TV. I had to sit down for that one. In the end, she said the editors may decide to include an interview with me in today’s program and would I come to their studios around 6:30pm. I tried desperately to review the rest of the day in my head and rearrange it to suit and said OK. She said they would ring again if they wanted me.

I gave the interview in the afternoon and then another one. I got no call from Channel 10 and thought that would be it.

Ronit called on Skype in the evening, but telling her after the fact was just not the same.

The following day, a reporter from another paper rang for a longer and more detailed interview. I was nice, but after I hung up, I realized I did not catch the details of the reporter or the paper.

And then, Channel 7 called and asked if they could send a crew to interview me at home and would I organize a client child to be interviewed too. Not maybe, no more decisions, it was going to happen on Monday.

So from being totally dependent on Ronit for everything related to timing, I now had to juggle lots of plans, including the kids’ pick-ups, my other appointments, other things I had planned to do and another 2 people. I was out of breath, but I would be nuts to miss the opportunity, so onwards and upwards.

After that, Channel 7 moved to Tuesday. My client said she could only make it later in the afternoon. Channel 7 asked me to get somebody during business hours. I tried. The rang the other client on Friday and then on Saturday again, only to find out she could not make it (“Sorry, it’s end of year and we’re already committed”).

The rest of the weekend was, how shall I say it, not the most comfortable time for me.

On Monday morning, Channel 7 said that without a client, they would cancel the interview. I suggested the time my first client could make it and, to my surprise, they accepted. Yes!

Yesterday, much to everyone’s excitement and despite Ronit’s absence, the TV interview took place. I had conquered my fear of schedules (at least until she comes back).