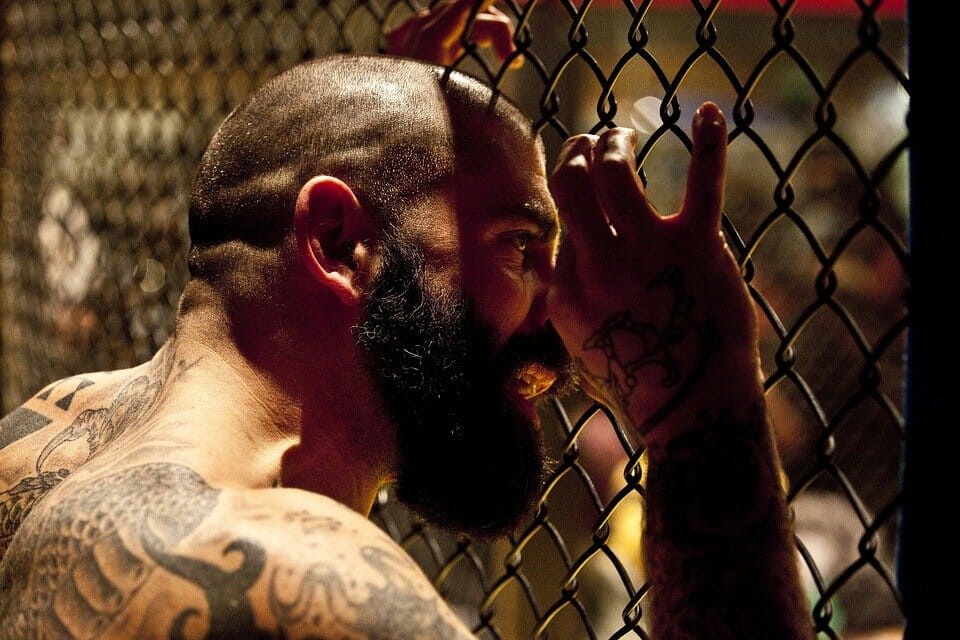 How do you trap a big monkey in a small cage the size of a banana? Easy! You place a banana inside the cage and leave an opening large enough for the monkey’s hand, but not for the banana.

As soon as the monkey grabs the banana, it is trapped! The monkey can set itself free if it lets go of the banana, but it won’t. By not giving up what it has in its hand, it locks itself just outside the tiny cage.

People are the same – we hold many “bananas” that keep us trapped in little “cages” – because we just won’t let go.

The important thing is this: To be able at any moment to sacrifice what we are for what we could become

Negative beliefs are the caged bananas that keep us humans trapped. The ones that are not good for us, but we hang on to because they have become part of our identity, of who we are. You see, “Monkey” does not equal “Banana”, but the monkey cannot perceive itself separately from the banana.

Why is letting go so hard?

When we go over our clients’ beliefs, we find some amazing things. Some beliefs are very negative, some of them give other people the power over the client’s feelings and some have been passed from generation to generation, but the person does not stop to ask “Why do I live by rules and beliefs that no longer suit my life?” 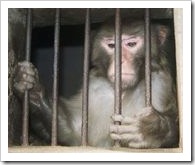 Letting go of limiting beliefs is one of the most challenging things in the process of change. There are many “bananas” out there, far better and tastier. If you find one that is not good for you, notice the cage, slowly let go and slide your hand out to freedom.

In our fast-paced life, in which things change around us so often, certainty is a crucial need. Maslow, in his hierarchy of needs, presents certainty (or safety) as a basic need, just one level above physical survival. We do many things to gain certainty in our lives.

We go to the same workplace, we eat the same food and we establish routines to be able to predict what will happen the next day, week or month. We like to listen to familiar songs and hang out with the same people.

Actually, we think (believe) it’s the same workplace, the same friends and the same life, but, as the Greek philosopher Heraclites said:

We hang on to things that seem to give us this stability and ability to predict the future. So much so that we forget that the world does not stand still long enough for us to play “fortune telling”. This scares us, because we do not know what is going to happen.

We control our change

We form habits, based on the assumption that things will stay constant, then things do not quite work the way we expect them to, so we develop anxieties and become slaves to them. In other words, we do everything to gain stability, which brings fear of change, which makes us look for more stability and get fear of change… Can you see the cycle? 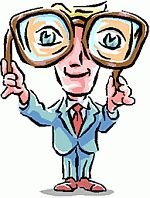 Many people say it is hard to change, but is this a good belief to have (a “banana” about “bananas”)? Since change is one of the only sure things in life (the other one’s death, or is it? ☺), we obviously need to polish our eyeglasses and observe that we change every day, every hour and with every event, happy or sad.

The need to change starts when we are unhappy with something in our life. Our happiness functions as the barometer to indicate a need for change. Sometimes, we stay unhappy and wait for something to “fall from the sky” and for our circumstances to change, but unless we change our beliefs and our focus, we’ll keep getting the same results and remain unhappy.

Things do not change. We change

Often, change happens so slowly it is hard for us to notice; much like we can’t feel the Earth rotating and we need to look at the sun or the moon to notice it.

To overcome this challenge, we can treat everything that happens to us like a grain being added to one side of our scales. We add one grain and another one, until, on the 175th grain, the scales move and we say “Change!”, even though the change started with the first grain.

It is the accumulation of grains that makes the change. What is fascinating about life is that you never know which grain will be the one to move the scales.

It’s the same with all the events in our life. They are all single grains that add up to our scales, waiting for one grain that will enable us to see the difference. What we can do along the way is to learn the most from everything that happens.

Thomas Edison invented the light bulb not on the last attempt, numbered 1,500, but step by step across 1,499 “failed” attempts, from which he learned how to eventually make a good light bulb.

How to start your change

Here are 4 tips to start your change:

Another challenge with changing yourself is that the people around you have not changed and may hold some “caged bananas” about you.

Have you ever changed something about yourself, only to find that people around you insisted on treating you just like they had before? How about when you said to your parents “I’m not a kid anymore” and asked to be treated differently?

After years of treating you as a child, it would have been hard for them to change, even with the best intentions. Your parents simply did not know what to expect anymore and were afraid to change.

People often choose “the devil they know”, because the unknown is scarier, so please forgive them. You will have the same fear with your own kids…

Life coaching is a great way to facilitate change in people’s lives. We witness change in our clients every time we see them, talk to them on the phone and even communicate with them by email. Some of our clients express the fear of being criticized or rejected by their environment following their change.

Changes like taking time off, changing jobs, changing relationships, eliminating fear, changing friends and even gaining success are cause for concern for the people around them. The fortune telling game cannot be easily played when people change.

When your change inconveniences someone else, they must let go of their “bananas” about you, but because that is hard to do, you are more likely to get some judgement and criticism, at least initially. Bear with them, because you know how difficult it is to let go.

When you start acting differently, your new behavior can be taken as criticism towards the people who are still doing things the old way. Whenever we relocated, some of the people we left behind considered our move a betrayal. 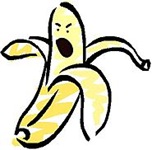 They could not help thinking “You don’t think that staying here is good enough, therefore you think I’m doing the wrong thing by staying.” What they were expressing was their fear of losing certainty in their own choice to stay.

We know many people whose fear of this reaction from their surroundings prevented them from making many changes in their life. That is a bit sad, because it is enough for each of us to have to deal with our own “bananas”, let alone having to also deal with the “bananas” of others.

How to control your change

A good idea is to distinguish which “bananas” are ours and which are not. People around us may have conflicting demands, which means that trying to please all of them is simply impossible, even with great juggling skills and a lot of energy.

Here are 4 more tips to help you control your change:

Charles Darwin not only talked about monkeys and people. He also said:

He is right, don’t you think?

I wish to bless all of my readers with lots of changes and less caged bananas.

Read the poem below about letting go and check out the extra resources about change. When you’re ready, write in the comment below about your experience with your own bananas.

To “let go” does not mean to stop caring, it means I can’t do it for someone else.

To “let go” is not to cut myself off. It’s the realization I can’t control another.

To “let go” is not to enable, but to allow learning from natural consequences.

To “let go” is not to try to change or blame another. It’s to make the most of myself.

To “let go” is not to care for, but to care about.

To “let go” is not to fix, but to be supportive.

To “let go” is not to judge, but to allow another to be a human being.

To “let go” is not to be in the middle arranging all the outcomes, but to allow others to affect their destinies.

To “let go” is not to be protective. It’s to permit another to face reality.

To “let go” is not to nag, scold or argue, but instead to search out my own shortcomings and correct them.

To “let go” is not to adjust everything to my desires, but to take each day as it comes, and cherish myself in it.

To “let go” is not to criticize and regulate anybody, but to try to become what I dream I can be.

To “let go” is not to regret the past, but to grow and live for the future.

To “let go” is not to lose power, but to be open to the power within.

To “let go” is to fear less and love more.

Be happy in life!
Ronit