Have you ever heard something over and over again from different, unrelated sources and you have said, “Wow, what a coincidence. I read about this yesterday” or “I got an email about this just last week”?

Well, when I get so many “coincidences” like that in a short time, I think the Universe is trying to tell me something.

One particular coincidental chain started a long time ago, when I was a kid. I listened to a “pirate” radio called “The Voice of Peace”, which played one commercial over and over again, saying “Water. Drink only water”. While they still played sponsored commercials for coke and other soft drinks, they ran this one more frequently than anything and did not get paid for it.

I loved the idea of that radio station, which promoted peace, and I loved the fact that they encouraged people to be healthy, unlike other stations that were selling air time to the highest paying advertiser.

When I was 18, I attended a workshop for girls about the world of cosmetics. Our presenter told us that if we wanted to have soft skin (“like a baby’s bum”), we needed to drink plenty of water, regardless of the price of the moisturizer we bought. Well, 3 of us experimented with this and, just like she said, after only a week, everyone commented on our wonderful, glowing skin.

But these things alone did not seem like they were going anywhere yet. 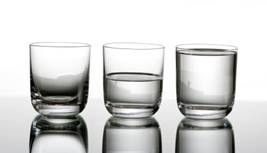 10 years ago, I did a Reiki course with Barbara McGregor who was the editor of WellBeing Magazine and an authority on alternative and natural health. She told us that many health problems are caused by dehydration. She drank the whole day and it was the first time in my life I heard how much water is enough. “People need to drink 1liter (34oz or 4 glasses) of water per 22kg (49lb) of weight”, she said.

Barbara was about 60 years old and looked like she was 40 – energetic and full of life.

Still, I did not notice the direction of these coincidences.

Two years ago, Gal and I went to an evening seminar with an American expert who encouraged people to eat fruits and vegetables. One key thing he said was that he treated people with cancer by taking them on “water retreats”, where they fast and drink lots of water. He said, “If you’re unwell, drink 1liter of water per 22kg for a month first. If it doesn’t work, go see a doctor”.

At that stage, I felt the numbers were a bit coincidental. Gal and I thought he had probably read the same book or article as Barbara had.

A year ago, Gal went to a chiropractor to treat his back. Chris was a very interesting chiropractor because he also used kinesiology, which worked great. One day, he talked to Gal about drinking water and said, “If you drink 1liter for every 22kg of body weight, especially between 3pm and 7pm, many of your health problems will disappear”.

This is when I started suspecting there must be something in that. 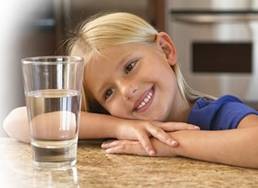 3 months ago, Denise, one of my clients, decided to set some health goals, saying that drinking water was a big challenge for her. She monitored her water consumption over a week and discovered she only drank about 2 glasses of water a day.

As a very creative person, Denise went home and made a water chart aimed at 8 glasses of water. She had researched on the Internet and discovered that with her weight, she needed about 16 glasses of water, but drinking 4 times as much water as before seemed a good start.

For over a month, we emailed and talked to each other on the phone and she said she was doing well with her new “water regime”. Then, she came to see me for her second session.

I was shocked! Shocked! In front of me was a woman 10 years younger than the one who came for the first session. Denise looked glowing and happy. She looked like she had lost some weight, she had changed her hairstyle and although she was still a heavy women, she had changed the style of her clothes to something tighter.

“Denise, what’s happened?” I asked her.

“It’s the water”, she said”, I think I was half-asleep before. I have been getting those shocked comments in the last two weeks from everyone who knows me”. 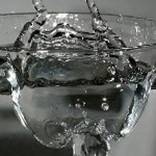 After that, every time I thought about Denise, I went to drink another glass of water.

Five weeks ago, Gal watched an item on one of the morning shows about moisturizing creams. The expert dermatologist who was interviewed on the show said there were two ways to have great skin.

One way was to use a good sun blocking cream, especially when you are young (sadly, that is a bit too late for adults) and the other was to drink plenty of water. Moisturizers, he said, only make the skin look good temporarily, no matter what the manufacturer claims.

When Gal told me about this show, I had a feeling the Universe was trying to tell me something.

Four weeks ago, I was reading a book about some unique marketing techniques. Although it was a business-related book, what caught my eye was a story about one person, I think he was a doctor, who had written a book about drinking water as the ultimate cure for diseases.

His marketing gimmick had been saying he did not sell anything – no special water, not spring or filtered water. He had just told people to drink plenty of tap water. The people who had bought his books had looked for a catch, but he had simply written how tap water does wonders. He had made millions of dollars selling books that encouraged people to drink water.

At that stage, I said, “I think I’ve heard this a few times before”.

Three weeks ago, a friend of mine sent me a PowerPoint presentation about a doctor who helps people cure serious problems by making them drink 1.5liter of water as soon as they get up in the morning. According to this doctor, about 90% of the health problems disappear after drinking water like this for a month, two months or up to three months.

I was a bit suspicious. I wondered why I kept getting this information from different people who did not even know of the others’ existence.

Two weeks ago, my youngest sister watched a show on TV about health and wellbeing. She summarized the show with bullet points and sent it to her email list, suggesting we try these ideas. One of them was drink 6 glasses of water (1.5liter) before we brush our teeth.

At that stage, I was convinced the Universe was trying to tell me something.

The following Saturday morning, my 8-year-old daughter Noff got up wheezing (again). She had been using an inhaler for a month and I got sick and tired of it. I got up, turned my computer on and printed my version of the “28-Day Water Challenge“.

I calculated from the kids’ weight how many glasses of water they needed (4 glasses for every 22kg) and put little pictures of glasses, a column for daily totals and a row for the average. I then encouraged everyone to participate.

I figured if a doctor can treat cancer with water, wheezing should be easy and since Noff was only 8, if we did it together, it would help her keep her drinking up longer.

Let me tell you, this was hard. It made us all realize how little we had been drinking. We always seemed to feel like we had drunk more than what the chart showed and getting to our target number of glasses was, well, a challenge.

A week ago, Gal and I went to visit a friend in a hospital who is sitting in a wheelchair after a light plane crash and fighting his first standing steps like a baby. Other friends were there and we started talking about health, hospitals and medication.

I told them our daughter had stopped wheezing after a short a day of drinking 9 cups of water (she only needed 5, because she is small, but we had miscalculated). As we discussed this, I realized people would sooner consider medication, hospital, and therapies than something as easy and as natural as drinking water.

One of them even said, “I’d rather stay sick than drink so much”. 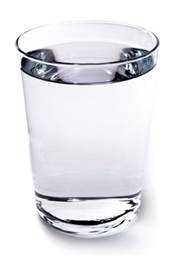 This made me think I had probably thought the same while the Universe was sending me all these “drink water” messages. It was too easy and I was just like my friends – willing to check many other options instead of trying something that was easy, cost no money, contained no chemicals and benefited nobody else (maybe other than City Council through my water bill).

I came home more determined to try. It would only be 28 days, Noff’s wheezing had stopped already, so what did I have to lose? I encouraged everyone to mark their glasses off on the refrigerator and started doing the same myself.

It has been two weeks since we started the 28-day water challenge and none of us have reached our daily targets for two weeks. So far, this is what has happened:

Yesterday, I was convinced the Universe was trying to tell me something, because at night, I got an email from one of my community announcement subscribers. There are so many people on that list I do not know all of them and this person was totally unaware of what we were doing. This was the email (as is):

It is popular in Japan, to drink water first thing in the morning.

Ulcer in the stomach – 10 days

This treatment has no side effect, at first you will go to the toilet a lot. 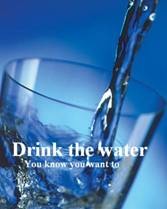 When I read it, I was convinced the Universe was trying to tell me something. I think the Universe is very persistent and it is no coincidence that in the last two month, I had read it again and again. I decided I would try to drink 640ml (did they actually measured this precisely?) every morning before I brush my teeth.

It must be the answer to all the problems in the world.

I managed to do it today. I am one day closer to being tall, blond and blue eyed (see my picture at the top right)…

I am writing about it because I think that if the Universe has tried to tell you to drink lots of water before, this post is going to add to your list of coincidences. If this is the first time you have read about the importance of drinking water, I guess the Universe is using me as its messenger.

I will keep working on this. I have two weeks to go to decide if it was worth the effort. At this stage, one healthy girl is already worth it. I will see what I think about it after 4 weeks of getting up in the middle of night to go to the toilet.

My suggestion to you: instead of listening to other people (like me), try it yourself (print a copy of the 28-Day Water Challenge, write your name on it and start drinking and marking off glasses). And come back to tell everybody what happens, so that you may be another messenger.

The Universe is talking – we only need to listen.