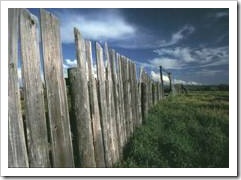 Life coach or not, sometimes I just have to vent, so have a seat, put your helmet on and get ready, because here it comes.

Jim, the neighbor sharing our back fence, rang this week to ask if we would share the cost of replacing the fence that separates our back yards. He was very polite and patient, but made it clear he wanted to put up a “good fence”.

We have been living at the same address for the past 6 years. During that time, we have had little contact with most of our neighbors. Kids do not play on our street, even though it is a quiet side street, the weather is great, there is enough room and there are enough kids. The people on our street have never invited us to home events and when we organized them, some neighbors chose not to turn up. In fact, we have seen the inside of only 3 homes and spent some time only in 1.

This particular neighbor has 2 kids who like to bounce on their trampoline in the back yard. Sometimes, they play cricket together there. Sometimes, their family sits outside with friends for a barbeque.

Instead, he and his family kept to themselves and were apparently bothered by their back fence being too low and too exposing.

From what I could see through the fence, by the way, there are no big treasures in Jim’s back yard, and his house looks pretty normal. It is also quite impossible to see anything inside the house that makes a difference. 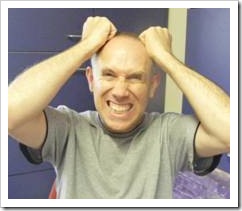 Now, Jim wants to completely block our ability to see his house, he does not want to see ours and he wants us to pay half of the cost of doing this. Arrrrgh!

[To get the full effect of how I feel about it, here is a picture of me pulling my hair out at this point and making a really frustrated face]

If you think this is now happening between neighbors only, guess again. A survey of Australian families has found that (are you still sitting down?) in 70% of them, parents communicated with their kids via social networking sites. There is now a cute video campaign teaching mothers how to be good participants in social sites and how not to embarrass their kids with their contributions.

Can you imagine a metal fence built between the master bedroom and the kids’ area in your house? How about splitting the living room with a nice wooden one?

As if these are not enough, our family recently attended a concert, in which Tsoof sang in a choir. The concert took place in a beautiful hall and was the culmination of 4 intensive days of music during the State Honours Ensemble Program. 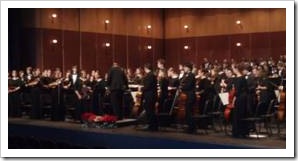 We were so proud, we could burst. Not only did we bring a camera, we were going to capture every second Tsoof would be on stage.

Then, the program director spoke and said, among other things, “Due to privacy regulations, there will be no video shooting during the concert. Thank you for your understanding and cooperation in this matter”.

“Come again?! Are you telling me we cannot save any memories of this MUSIC concert, where there is little to see and everything to hear, without video? Are you saying my wonderful boy rehearsed his @55 off for 4 days and will not be able to see himself singing on stage? Are you mad?”

You see, this is all because there was no way to erect enough fences on that stage so each parent could only capture his or her own child. Some creeps have used photos of children to pray on them and now, parents the world over are forbidden from taking photos and videos of their own offspring unless they are there by themselves?

[Never you mind what I did in the end and don’t go telling anyone, either…]

So I call upon you, parents of the world, to unite in getting human contact back in fashion, to reclaim our right of free offspring documentation, to share cups of sugar and return washed dishes to one another, while swapping recipes for those-lovely-cookies-you-gave-us-when-we-first-moved-in. 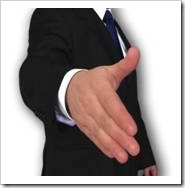 Get out there, I say, look people in the eye, greet your neighbors in person, snap a photo of them smiling and give them a printed copy the old fashioned way, because this is real. And talk to your kids and hug them and ask them about their day to their face, not their Facebook.

Phew, that was good. I have vented.

Are you with me?
Gal

Watch What You Say to Your Kids

This typically happens to parents with their children as they grow up. When babies are born, they can sleep for hours, make a mess, not answer your questions, look away when you talk, pee on you and cry loudly, no matter what you are trying to do at the time.…

The Two-Edged Swords of Modern Life

As parents, one of the things we always worry about is what kind of a world we will leave for our kids. No matter how many times we vote and realize we can only cast one vote in millions into the box, we somehow still feel it is our responsibility…