When I was studying Education, I learned some more about Korczak and his philosophy about children and the attitude to children touched my heart. At that point, he became my hero. The more I learned about him, the more I understood how far our society and in our education system are from this attitude.

Korczak talked about the need for a declaration of right for children long before the United Nations announced it in 1959. When the UN declared 1971 the year of the Child, it was also called “the year of Janusz Korczak”, but only in 1989, the declaration started to have binding legal implications.

Korczak wrote fiction books, but his main philosophy on education and attitude to children was published in two books: How to love a child and The Child’s Right to Respect. These books have been translated to English and are an inspiring resource for parents, teachers, psychologists, social workers and all those working with children.

I highly recommend reading them. It is amazing how relevant they are today, many years after they were written. The world has lost an inspiring educator and I hope that his followers, including me, will continue his legacy of love and respect towards children.

Each person carries an entire world within himself, and everything exists twice: once the way it is, the other the way he perceives it with his own eyes and feelings

My protest on teacher’s training

When I became a life coach, I realized that Janusz Korczak was a children’s life coach and that he had an inspiring outlook on children. He believed that the mind is powerful and helplessness is a perception.

Children are not helpless at their core. Think of how many times they fall and still try to stand up again and again. Many times, I think that children know something we have forgotten. Korczak once said that his only fault was that he was no longer a child. I do believe there is much we can learn from children and that working with them, in a way, keep us closer to our true essence.

Many people say it is not easy to work with children. True. It is not easy. This is mainly since we have to be transparent and true to who we are, because children can see right through us. Even Korczak said that it was not the textbooks that were important in this profession, but a pure, kind and loving heart.

To reform the world – means to reform upbringing

I have lots of criticism about institutes that prepare teachers to become educators. In my professional development workshops for teachers, I hear every time, from thousands of teachers, young and old, experienced and new, that they spent four years at studying how to make lesson plans. When I teach the emotional hygiene of teachers, how we make sure what they pass on is true and honest, and how to teach from love and not from a textbook, they are shocked.

They are shocked and upset! Four years of their life were dedicated to things that do not matter. Worse yet, sometimes 20 years of their life, their work with children was focused on following text books, not realizing that what’s in their heart – their loves, fears, desires and frustration – were all there on display, because through kids’ eyes, we are transparent.

A child knows his environment. She can sense kindness; she detects deceit. She is able to read a face in the same way a farmer reads the sky to forecast the weather. This is because she, too, has been observing and investigating things for many years; this activity is devoted to trying to fathom us 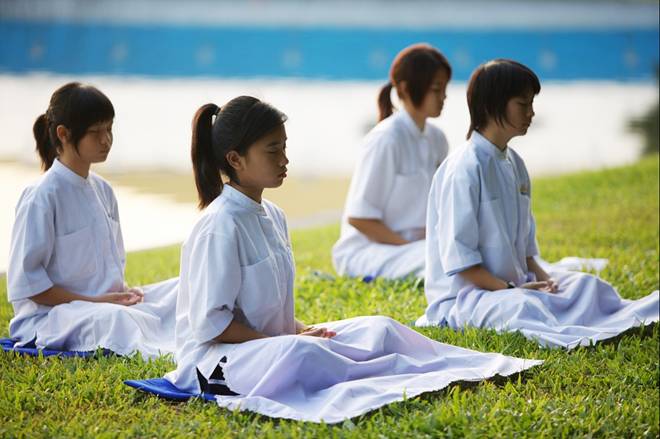 Korczak said, “Whatever has been achieved through pressure and violence is unstable, unreliable and incorrect”. When I saw this quote, I thought about the power of water, carving rocks with persistence, and decided to let go of using pressure as an education tool. When people ask me how I run a class with no behavioral problems, I go back to my expectations. Kids behave the way they behave. It is we, the grownups, who consider it a problem. Our perception is the problem!

When is the proper time for a child to start walking?
When she does.
When should her teeth start cutting?
When they do.
How many hours should a baby sleep?
As long as she needs to.

I think Janusz Korczak was a Buddhist. Even his philosophy on death was similar to Buddhism. The more I thought about it, in later years, I realized that when facing the horrors of war, willing to die for your belief makes this belief calming. Whether I or not adopt Buddhism as my philosophy on life, I must admit there is a lot of comfort in believing that the body is just a suit we are wearing in this current life. The philosophy that life needs to be as it is, is similar to  many old and new theories.  It is taking centre stage in recent years, when mindfulness becomes a tool to find peace within.

I have been working with children for 30 years. 27 years ago, when I opened my first early childhood center, I made a decision that my work with children was not complete if I did not work with their parents as well. Parents’ involvement was at the heart of the program I called “Garden of Eden”. Parents were involved with daily learning, parents were given quarterly reports (yes, on 1.5-year-old kids), parents had quarterly individual planning sessions with me and they took part in monthly educational sessions.

Why? Because when teachers and parents share the same philosophy, it allows the child to trust them and grow. I learned from Korczak’s writing that trust is an essential ingredient in education. When kids are young, they believe their parents are powerful beyond measure. They are almighty, skilled, strong and courageous. Only during their teens, they see the cracks. Until then, they give their parents their complete trust. Either parents use it during this critical time, or they lose it. Force, high expectations and judgment lead to losing this trust beyond repair.

There are many terrible things in this world, but the worst is when a child is afraid of his father, mother, or teacher. He fears them, instead of loving and trusting them. If a child trusts you with his secret, be grateful. For his confidence is the highest prize

This week, during International Children’s Day, I hope Janusz Korczak’s words and true love towards children will stay alive through the actions of parents, educators and of all those who work with children.

How about giving our kids flowers and a gratitude card for International Children’s Day?

This year, do something different. Mark this day on your calendar and make sure to show this respect and love towards your children so they will not be taken for granted. Tell them how special they are to you.

To Teach Is To Touch a Life Forever

Many of my clients tell me I need to work for the Department of Education to encourage people to become teachers. Since I am so passionate about my teaching and I think it is the best job ever, they think I can convince any person, even those who do not…