Carolyn came to coaching with the big desire to understand herself. She was talented and efficient, yet life was not going in the direction she wanted. Job after job, although she had been very able to "deliver the goods", she had missed out on promotions when the time had come. Her renovated house was a mess and, although she knew all she needed to know about budgeting, all of her money had vanished towards unexpected renovation expenses, unexpected events (death in the family) and a very long court case against her husband.

Our first session was about "wanting" and translating desires into goals. When I told Carolyn she only needs to want, she looked at me with half a smile, still distant and suspicious. Carolyn was a very rational ("digital") woman and I had to remind myself it was too early to suggest that she simply ask the universe to provide. 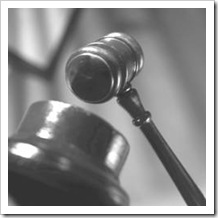 We wrote a goal about having time off for enjoyment, winning the court case and deciding what kind of job to look for.

Carolyn came for 4 sessions. During that time, she started going to the gym and decided on a job direction. Last time we met, we talked about uncovering her beliefs and since then, we have been working by email to strengthen or replace her beliefs.

This is a letter I received from Carolyn this week (I changed some of the very personal details to protect Carolyn’s privacy). I was very happy to read it I immediately wanted to share it with you:

I’ve been thinking of you lately and hope that your Christmas and New Year holiday was a good break with lots of family fun.

Unfortunately, I have not been successful with any of the five jobs I’ve applied for. However, there is a new job at my unit, which is supposed to be advertised shortly and it would be even more desirable than any of the others, so I will try for this one.

I thought you might be interested in a peculiar goal story. In our first session, you demonstrated the technique of writing a goal statement and we used my desire to "win" an ongoing court case, although I could not see how that could be a goal, since I had almost no control over the matter.

At that time, the case was not due for trial until late November 2008, so the wording for the goal began: It is Thursday 15 January 2009 … I am celebrating winning the court case and …

Then in August, I mentioned to you that the trial had been deferred probably until March 2009 and I wasn’t sure what I should do about the wording of the goal, but our conversation moved on and I didn’t end up changing anything. Then, the case was brought forward again to Monday 19 January 2009.

Here is the peculiar bit: we were called unexpectedly to a meeting with my husband’s legal team on Thursday 15 January 2009. The prosecutor had phoned them with a deal, which basically involved dropping the charge against my husband provided both he and the "neighbor from hell" agreed to a Peace and Protection order against each other. In stunned disbelief, we asked if the prosecutor had bothered to consult the "neighbor from hell", since this deal would not give him any of the satisfaction his hatred craved.

While we waited, our barrister phoned the prosecutor to confirm that she actually had the neighbor’s agreement and was not just assuming he would agree. She phoned back five minutes later with confirmation. They then discussed some legal steps to be taken on the Monday to actually terminate the case, but effectively it was over right then and we have won.

Of all the dates this could have occurred, I find it a bizarre coincidence that it occurred on the date I had selected randomly for the goal statement. It is a win and without the cost of a trial, so it fits the goal statement, but it isn’t quite what I expected. I feel something like a child who said he was hungry and was then offered a plate of exotic vegetables.

Now if only the other part of the statement (having an extra $250 a week) were to happen… But if I am successful in my next application, perhaps that will be the case. In the meantime, I am still trying to find 100 beliefs that I actually hold.

Sometimes, when clients come with big desires and I have no idea how they would be possible to fulfill, I put my trust in the universe and ask it to do its job, even if it means receiving it almost a year later.

Keep wanting and the universe will provide,
Ronit