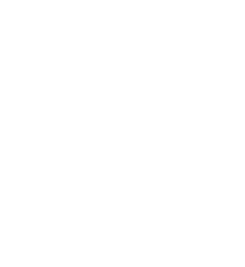 I was sitting in the reception hall of the rehabilitation ward, waiting for Genia (not her real name), an old lady who needed interpretation. As she arrived, I heard her speaking very good English to the receptionist and wondered why she needed an interpreter.

Genia was about 62 years old. She looked beautiful and fit, but there was a bitter tone in her voice. On our way to the doctor’s office, she said to me, “I think I have started to forget things”. When I asked her about her family, she told me about her sons and her grandchildren, but could not remember where they lived. “Somewhere, not far from me. I cannot remember the name of the suburb”, she said. I do not remember the names of all the suburbs around mine, so at first, I did not think much of it.

The Doctor, a young man who looked 20 years old, asked Genia for her medical history.

“Do you have lung issues?” he asked.

“No, I am perfectly fine”, she answered.

“I can see here on the system that you admitted yourself to the emergency room 4 times in the last year for pain in your chest”, he kept asking nicely.

“Oh, that was nothing. Everyone has pain in the chest from time to time. Do not you?” she asked me.

“I can see here on the system that you have Asthma”, the young doctor continued.

“No, I do not have Asthma”, Genia said with a little anger, “The doctor just wrote that to prevent me from smoking”.

“Yes, and I asked to be buried holding a cigarette. I am not going to stop smoking. I have worked all my life, I do not drink alcohol, I do not chase men and smoking is what makes me happy. Do not tell me anything about smoking”, she became upset. All that time, I did no interpretation for her and I wondered why they had asked me to come.

“Sorry, ma’am, I’m just trying to find out what your health condition is and see if that can explain your memory loss incident. How many cigarettes do you smoke every day?” he asked.

“One packet only. It’s not bad. I used to smoke 3 packets a day. One packet is nothing”, she said, still a bit cross.

“Well”, the doctor said in an apologetic tone, “As a matter of fact, it is serious. One packet a day is quite a lot and can make things worse for you”.

At that point, Genia said, in a language he could not understand. “You see, they do not even give you proper doctors here. They give you these students, because they do not really give a damn”. I thought the doctor looked young too, but I was not convinced he was just a student, so I asked her, “Are you sure?

The doctor just smiled. I did not think I needed to interpret that. He said he would run a test to find the extent of her memory loss. She said, “I do not need tests”, and he took the time to explain to her patiently that the test was the reason she came to see him. She did not really like it, but after a lot of convincing, she said “OK”. 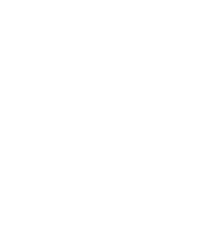 The doctor asked her some questions about location and time. She did not know the suburb she was in, but she knew the name of the state. She did not know what day of the week it was. “I live in a retirement village, where every day is the same as the next, so I can’t tell what day it is”.

The doctor started writing things in his file and looked in his cabinet for papers. I asked Genia if she was going to meet her grandchildren or children on the weekend and she said she was.

“Did you see them yesterday?” I asked and she started complaining about her son. “If he comes, I need him to leave. I can’t stand it when he comes”. I was not sure if she was joking or not. I thought that talking about the coming weekend would remind her that it was Monday, but it did not.

The doctor said to Genia, “Let’s say you wanted to go to the supermarket to buy tea, sugar, cooking oil and soup. Can you repeat the things you need to buy?” She looked at him and said, “No”.

“Come on, try, you have on your list tea, sugar, cooking oil and soup”.

She said, “Cooking oil”, and tried really hard to remember the rest. “This is so embarrassing”, she said to me privately.

I admired her for keeping a positive outlook at that frustrating scene, but during the 3-hour appointment, she said about 40 times, “One out of two is not bad. I’m happy with that”, trying to comfort herself.

At one point, the doctor asked Genia to show him things with her right or left hand. She did not do it properly and confused her right with her left. She turned to me and said, “I never had a sense of direction. This is why I never had a driving license”.

I suggested she tell the doctor about it, but she refused. Then, she said to me, “I have such a bad sense of direction that one day, I went out and could not find my way back home”. I told her that this is very important information and that she should tell the doctor. “It’s embarrassing”, she said. “Would you like me to tell him?” I asked and she said, “Yes, I’m too embarrassed to tell him myself”.

It was almost funny. She was a mature woman, but she acted like a child. I told the doctor. He brought a piece of paper with a drawing of a square and a circle and asked her to copy the shapes. She refused. “I’m not a child”, she said. He explained that it would really help him find out what the problem was.

I remembered this test from my special education assessments and knew it was an important test, so I told her, “You can do it. It’s not a test for kids. I did this test during my studies” (which was true), so she sat there and tried to copy the shapes, but was unsuccessful. It was amazing to see how much effort she put into it without success. Every 20 seconds, she said, ” I can’t”, and both the doctor and I said, “That’s fine, just keep going”. She tried again for a little while, but the shapes she drew were not even close the original shapes. “I told you I’m not an artist”, she said, and when she put her pen down, she said, “That’s not bad. I’m happy with that”.

The doctor asked Genia about her life and her education. While we talked outside, she told me she had managed a migrant hostel, but when he asked her, she said she had served food at a migrant hostel. He asked her about her parents and she told him she used to speak 3 languages. At first, I thought she was making it up, but at some stage, she joked with the doctor and told him a quote in Hungarian and translated it for us into English.

The doctor then tried giving her another list of things. It was also a list of 4 items and the same thing happened again. About 20 seconds after he finished saying the items in the list, she could not repeat it. He repeated the list more than a dozen times, but hearing it again did not help.

The doctor took Genia to a bed and asked her to stick her tongue out. She started laughing hysterically for about 3 minutes. The whole thing seemed very amusing to her and she behaved like a child.

The doctor said she would need to bring her son with her in two months so he would be able to talk with a family member to learn a bit more about the implications of her memory loss. She said, “No, you don’t need my son to come. I’m telling you I’m losing my memory”.

“How long has this been happening?” the doctor asked.

It was scary to hear that, although I did not know if it was true, because Genia’s notion of time and sequence was not very stable.

The doctor was very patient. He said, “Ma’am, you need to talk to your son and arrange a power of attorney”. Being a Justice of Peace, I tried to explain to her what that was and the importance of arranging it while she still could. She was very angry and said, “I’m not signing anything”. Both the doctor and I tried to explain she was not giving anything away, but she kept saying, “I’m not giving him anything” until the doctor gave up. 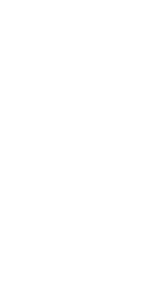 I thought about my mom who is 71 years old and my dad who is about 78 years old and taught himself to use the computer and still does Sudoku and crossword puzzles. I am so lucky they are active and doing things to stimulate themselves. Maybe they are lucky they have passed the test of time – Alzheimer (Dementia).

This whole incident was so scary for me. Genia stood there before the train arrived and gave me a summary of our 3 hours together. She worked hard. Things were not that bad. Remembering one item out of two was good and losing your way home was something that happened to everyone.

I gave her my contact details, in case she wanted to talk, and slowly walked to my car. All the way home, I heard Sting’s song playing in my mind:

Blessings for a good memory,
Ronit