Although suicide is not a topic many people talk about, I believe it is important to discuss it BEFORE it is too late. Whereas in the past suicide was an adult concern, the trends in the last 50 years have changed and more and more teens (aged 15 and above) are at risk.

There are many reasons for suicide, some of which are related to crisis and mental breakdowns due to the loss of loved ones and others events that cannot be prevented. However, the major reason for suicide is depression. Yet unlike losing someone you love, depression can be prevented!

To better understand the severity of the suicide problem, read the following from the world health organisation: 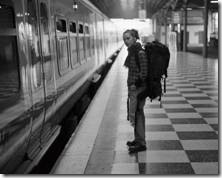 Every parent, friend or person related to someone who has committed suicide (or even attempted suicide), experiences feelings of guilt and regret for not being able to recognise the problem before something bad happened.

It is probably hard to prevent something like this from occurring if most people are convinced that “it will never happen to me”. If you still think this after reading this post, think again! The parents who have lost kids to suicide said exactly the same thing.

Suicide is one of those things that when it happens, it is already too late. Therefore, we, as parents and educators (and government), must take responsibility and dedicate ourselves to preventing suicide.

How you can prevent teen suicide

If you are asking yourself what you can do to help in this prevention, here are two examples that highlight emotional intelligence as important factors in preventing suicide:

Luckily, there are things you can do:

How to Feel Good: Get Enough Sleep

Let's continue with our tips on how to be happy and feel good in life. In the first post, I shared the science of endorphins - the "feel good" hormones. Chapter two was about the science of smiling. In the third chapter, I explained how taking time off can help…