The previous post in this series told the story of my first encounter with autism at a special autistic school where I did work experience for 6 months. Today, I would like to introduce the problems families face when they notice something wrong in their child’s development. As you will see, the way the system works puts them in a Catch 22 situation.

Bringing a child into the world is a very exciting event in every family’s history. Noticing that something is wrong with a child is not easy to experience. As I’ve said before, mothers of autistic children were blamed in the past for the situation by the claim they did not connect with their child during the first weeks after birth.

Most of those moms sighed in relief when the results of an experiment confirmed that autistic babies were different from “normal” babies.

In the first stage of the research, every mom was given recordings of her baby crying and asked to guess the reason for the crying. Most moms of “normal” children guessed correctly, while moms of autistic children didn’t. So, those who advocated for the “let’s blame the mothers” said, “OK, then. That’s our proof”.

But the experiment continued.

In the second stage of the research, moms were given random recordings of babies crying and had to guess the reasons for the crying. All the mothers, including those who had autistic babies, guessed just as accurately.

On the other hand, mothers generally failed to guess the autistic children’s reason for crying, whether they had an autistic baby or a “normal” one.

If the cry of an autistic baby is different, how can a first-time mother know?

An extensive research study, led by University of Wisconsin-Madison epidemiologist Maureen Durkin, examined more than 1,200 cases of autism and looked at more than 300,000 US births.

It found that the chance of autism increases with the age of the parents, and that the 4th child has 80% less risk of being autistic than the firstborn does, regardless of the parents’ age. The researchers concluded that the risk of having a firstborn with Autistic-Spectrum Disorder triples after the mother turns 35 and the father turns 40.

Unfortunately, autism is usually diagnosed around the age of 2 or 3 and sometimes, even later. If this is your first child, it takes a long time, usually after the child starts some form of day care, to notice the difference in behavior from that of the other kids. Those 2-3 years include many critical development stages that your child totally misses.

So, here is the second Catch 22: firstborns are more likely to be autistic, yet less likely to be diagnosed early.

I can tell you that even parents whose children have no developmental issues are anxious about the right time for their kids to make sounds, respond to words, say their first word and, eventually, interact with others. What’s worse, many autistic children have special skills that mask their inabilities. Some of them can read, count and do amazing things, which makes them adorable enough to postpone the diagnosis.

The best place to diagnose a child who is different is in day care. Why? Because when you see them around other 20 or 30 other kids the same age, it’s easy to see the difference. When the difference becomes obvious, don’t label the child. Do something about the difference quickly. Check the reasons and make some changes while your child is still going through those critical brain development stages.

Kids don’t “grow out” of autism 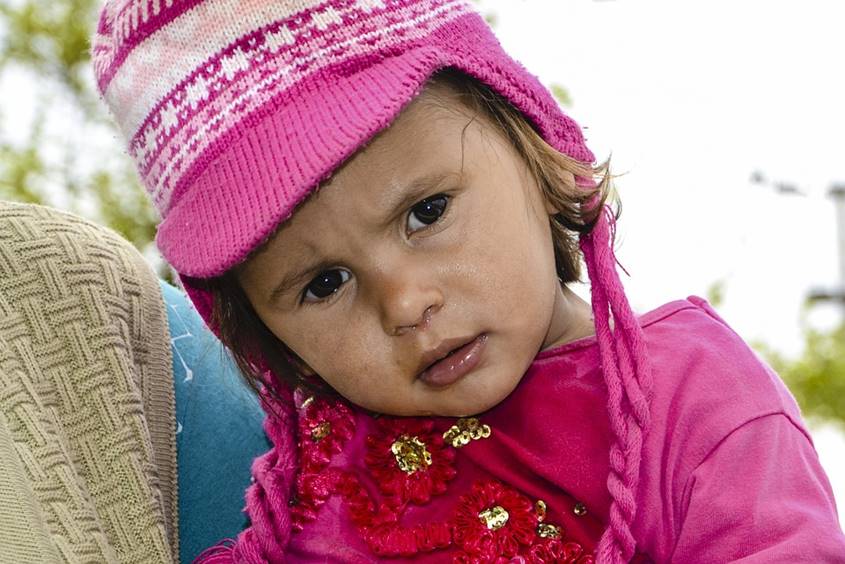 My professional career included teaching kindergarten classes, managing a day care facility and even running my own early childhood center. Working with so many young kids, it was easy for me to know whether my first daughter was developing properly. OK, it was also my job to know, but dealing with many kids made it much easier to compare.

Let me tell you, autistic kids really stick out in a large group of kids.

Unfortunately, the people who should be the first to notice that something is not right are often the least qualified for it. Care givers at most day care centers do not have the training or the experience to assess autism. My early childhood center was special, because both my partner and I were Special Education experts. We could find even the tiniest problems and solve them straight away, when the children’s brain plasticity was at its peak. Most other centers employed babysitters who made sure the kids did not die or kill one another.

In many kindergartens, when parents express concerns that their child might be autistic, they are told, “Don’t worry. He/she will grow out of it”. This is because they have no way to support children who are different (both kids with difficulties and those with special skills).

The people best positioned to diagnose autistic children and help parents deal with it are not equipped for doing these things.

Until the age of 5 (some say 7), the plasticity of the brain is at its peak. After that age, everything we want to change (fix) in kids requires more energy and resources and creates less impact.

Many parents don’t know any better and trust their “friendly child education professional”, so they wait for their child to “grow out of it”. As they do, their child misses a critical period of development.

Some time ago, a friend of mine had family visitors from overseas. Her cousin came with her partner and 2 children. One of the children sat in a room most of the visit and spent all his waking time connected to the computer. He was 9 years old and did not talk to anyone or make any eye contact.

When I visited my friend, she watched him while his parents took his brother to a theme park. My friend, who had 3 kids of her own, asked me to go to the room and have a chat with the boy. She said, “Something’s wrong with this kid”.

When I went into the room, he reacted to me exactly like the kids at the autistic school. He looked right through me. He made noises and flashed his fingers in front of his eyes. The kid was clearly autistic.

When I asked my friend whether his parents knew, she said they had told her he loved his computer. Throughout their visit, they’d said nothing about him needing special attention.

These people were in total denial and their little boy was missing out on life.

Those who can make a difference in the life of the child are his parents. But if the parents can’t cope, they don’t ask for help and nothing gets done.

Parenting autistic children is so tough, some people can’t take it. When the parents of an autistic child lack the emotional strength to face their situation, who will help their child?

Simple math can make a difference

I’ve lived in several countries and in all of them, the government helps parents assess their kids. But none of these governments require it. Also, only those diagnosed with severe problems can receive reasonable government benefits. All the others simply join mainstream education.

Why on earth do they support only those who are severely autistic and neglect others on the spectrum? It would be far better to help them all as early as possible and change their life, and their families’ life, dramatically.

Anyone who can do simple math can add up all the funding allocated to children on the autistic spectrum (or any learning difficulty, really) throughout their life. That person can then find (again, using simple math) that investing in early diagnosis and support during the early years can shrink, or even eliminate, the problem, which can save the government loads of money. At the same time, this can save the children and their families enormous heartache.

The government tries to save money by not assessing every child early. This ends up costing more money, and a lot more stress, later.

ASD is not a life sentence. It can be changed. The symptoms can be managed. Most computer nerds and engineers are on the spectrum, but this doesn’t stop them from having a good life. The younger they get help in managing their challenges, the easier it is for them and for everyone around them.

Again, if you have an autism story, tips and victories to share, post them in a comment to help other parents. Your wisdom and experience are valuable and can make a difference in someone else’s life.

Until next time, be happy!
Ronit