This week, my daughter Noff came from a get-together with some of her friends. One of the friends she met had known her since primary school and had come to every one of her birthday parties, which we throw every year. She told Noff she appreciated that we never opened presents in front of the guests.

I thought that every family faces the question about opening presents in public at some point, and it is better to have a philosophy about it than to deal with the challenge again and again.

Let’s have a party

It all started many years ago, when I was in 2nd Grade. In my hometown, it was the tradition that on Friday evenings, children would invite their classmates to a birthday party. Luckily for me, the tradition was to invite the whole class. Otherwise, I would probably attend 3-4 birthday parties a year.

Since this was common and we had about 35-40 kids in a class, we had a birthday party roughly every week. Not all the kids were allowed to have a party at home. Since it was costly, most of the those who could have a party were rich and I was one of the poor kids. The first time I had a party at my house was when I was 17 years old.

Those parties are some of my great childhood memories. We had great fun in them. We danced, played games, ate cake and candy, which I would never eat otherwise, and the birthday boy or girl were  treated like kings or queens. They got many presents.

Presents were the happiest thing for the birthday boy or girl, but a painful part of the party for me. Everyone who came to the party had to bring a present. Since I was a poor girl and my parents had it tough (5 kids), my standard present was 2 notebooks and 2 pencils or pens.

I am not talking about fancy notebooks or fancy pens, either. I’m talking about the simplest, brownest, most colorless notebooks and cheap yellow pencils. My dad was a postman and used to work after hours as a handyman at a boarding school, so he could buy school materials very cheap. We had a drawer full of notebooks, pencils and pens, and this was our “gift drawer”.

I never came to a party empty-handed, but dreaded the last half hour of the party, when the host would open the presents in public and call out who it was from. Every party, I wanted to bury myself and felt ashamed and humiliated.

Remember, I was still in primary school and I could not buy my own presents. It was not common to make your own presents and I was not the only one who could not afford to buy a nice present. Some kids didn’t bring a present at all, and in a way, they were in a better position, because all they had to do was hide.

Every time they opened my presents, there was a sigh of disappointed and I was very excited when the child hurried up to open the next present and moved the attention away from me.

Again, I couldn’t really change the presents I gave. The only thing within my control was whether I come to the party or not, and I chose to come.

Sometimes, when I knew many “rich” kids would attend, I didn’t go to the party. Sometimes, I left the party before they would start to open presents in public. Sometimes, I hid away from the child opening the presents and smiled in shame. And sometimes, I stood with the other poor kids in hope that the shame we felt together would make things easier.

It’s not about the money 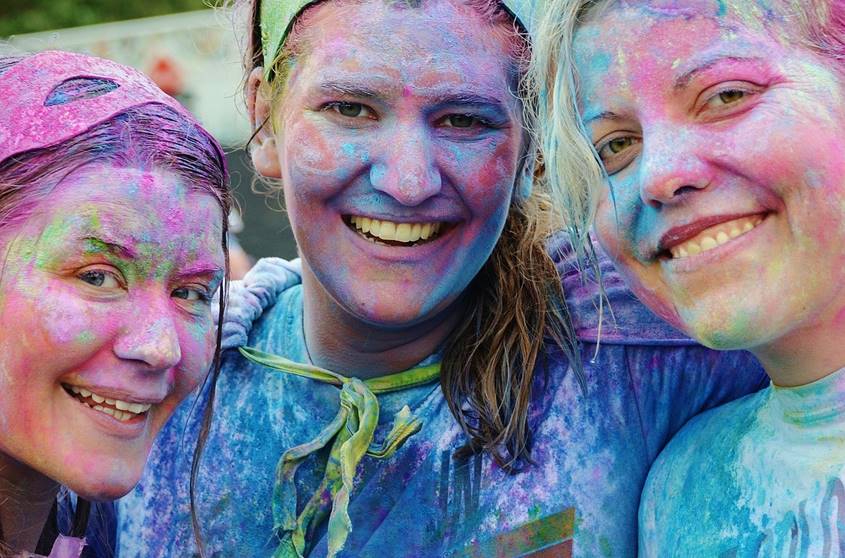 Later, we moved to another town, where we had more money. I also worked and had my own pocket money. Although I brought nice presents for my friends, I still felt bad for others when someone opened presents in public.

At those parties, I wasn’t proud to give a present, I was scared. I felt relief that no one labeled me as the poor girl who gives notebooks and pencils. But when they opened a present and didn’t smile with joy, I felt the pain of the person who gave that present.

This was in high school and it was a different town, so being invited to a party was an achievement, but the end of the party still made me very uncomfortable.

From my experience, people compare. They can’t help it. I think it is natural to compare. The person who gets the presents compares and so does everyone else. I kept going to parties and thinking that this was inappropriate. Even if my presents were nice, it was still unkind.

When I threw my first party, it wasn’t a birthday party. Gal, who was my boyfriend at the time, came back from a 6-month exchange in the USA and I had a welcome party for him. So, presents were not an issue.

Parties in our family

When we had kids, Gal and I decided to have a birthday party for them every year and insisted on inviting the whole class from daycare or school to include everyone, not just friends and popular kids.

I know children who came to our kids’ parties 6 years in a row, but were never allowed to have their own party. I told my children never to judge a child who did not invite them to a birthday party, because most of them did not make the choice themselves.

Some of them came from dysfunctional families, divorced parents, financial difficulties, even health problems, and we should be kind to them, not judgmental. Kids should not be blamed for their parent’s decisions, financial challenges or life circumstances.

I have 3 children, so each year, we had 5 birthday parties (plus a few other ones for other reasons). We have a rule that we put the presents away and never open presents in public.

Sometimes, when kids asked to open their presents, our children would say, “My parents say we can’t open the presents during the party” (this is why Noff’s friend told her she appreciated us).

When someone insisted, they would go with them privately into a room and open it in front of that person only. We knew that every time they “blamed us” for not opening their presents in public, some kids were very grateful for it.

Only after the last person leaves (sometimes there is one child who stays for two hours, waiting to be picked up), we sit together, open the presents and write on a piece of paper who brought what, so the kids can say thank you next time they meet.

Some kids do not bring a present at all and we remember to be grateful they came. Every party, we sit together and remind ourselves that we are grateful because we can have a party, we get presents and we don’t judge those who didn’t bring a present, or just brought a small one.

In every class, there are children like I was. Some kids cannot afford a present and depend on their parents to buy it or give them the money to buy it. It is just life.

This friend of Noff’s is a girl who was raised, with 3 siblings, by a single mother and her mom struggled to support them. She is a good friend and a beautiful girl, and we know that she will never give up any of Noff’s parties, because she does not have to fear the humiliation of opening presents in public.

I have heard many people saying that it is polite to open a present and say thank you to the giver. I think it is only appropriate if you get a present from one person and you open it in his or her presence. If there is more than one person giving a present, it is kind to everyone if you don’t open it in public.

This is my philosophy. What’s yours?

Should you open presents in public at a party?