If you have ever wondered how dumb parents can be, wonder no more. I believe the parents in the story Parents Fight over Which Gang Toddler Should Join take the lead for more than one reason. If there is ever a parenting qualification exam, they would fail miserably. This may be how it seems, but is it the whole story?

My guess is that gang affiliation is a fact of life where young Joseph and his girlfriend (her name is not mentioned, but let’s call her Mary) live, so I will not judge their decision to join. However, somehow they overcame gang rivalry and ethnic differences (he is Hispanic and she is black) in their personal life and formed a relationship, which resulted in a child, who is now 4 years old. So far, so good. 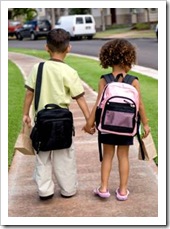 Even better is the fact they have stayed in touch, if not together, both taking an interest in their little son’s future, his social life and his personal safety (is this not what a gang affiliation all about?).

Yet, somehow, Joseph and “Mary” forgot all about making peace and everybody being human and them being modern Romeo and Juliet when it came to their son. Obviously, he cannot belong to two gangs at the same time, but this is as far as they got. Their minds went blank, their primal brains took over, and all Hell broke loose to the point where one of them had to be arrested, which is no good for anyone.

Perhaps this is a good demonstration of why people should not become parents and have kids where they are still teenagers themselves. Having a 4-year-old at 19 means the child was conceived when the parents were 14 or 15, an age when character is not completely formed and decision-making is not one of the strongest qualities of a person. 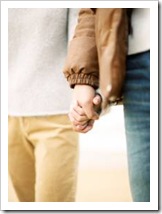 In short, they were dumb enough to have a baby when they were too young and too blind to see their own progress to be inspired by it as parents.

But hang on a minute! What would you do if you were 14 or 15, lived in a war zone and wanted at least someone to love you, would you not confuse “doing it” with love? Would you not be ignorant about the consequences of “doing it”? Would you not welcome a baby into the world as someone who simply adores you, despite your own self-loathing?

Under such circumstances, would being a parent and having a child not be an appealing solution to one’s fear and confusion?

Take 3: Where were the dumb parents’ parent? 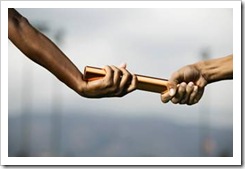 As a parent, I also ask myself where the grandparents were in all of this. Not knowing too much about Joseph and Mary, maybe they were not with them at all, but maybe they were just kids themselves when they had their own kids. Maybe Joseph and Mary’s parents are 34-year-old (ex-)gang-member grandparents, who were confused teenagers once and showed the way to their kids?

When I read the news article, I had a little chuckle at “those dumb parents” at first, then I got a little angry at them for being so irresponsible and stupid enough to put on a public display and get their story all over the Internet.

But after a while, I felt a lot of compassion for Joseph, Mary and their little future-gang-member son. I admired them for being different and getting their emotional support from people who must be putting enormous pressure on them to separate, yet sticking together against all odds. I wanted to hug them, comfort them and point out to them that in my eyes they are winners and all they have to do is keep going in the direction of unity and uniqueness.

So, Joseph and his girlfriend, if you ever get to read this, please accept my encouragements and good wishes. May you find agreement and peace for you and your son and may you find your way to a gang-less life.

And for all of us, I wish a great awakening to the way people live in this world right now that keeps churning out generation after generation of “dumb” parents.

How to Make Troubled Teens Relax: Change Your Parenting

What are troubled teens? Could your teen be troubled? Can you do anything about it as a parent? What can you do? Get your answers right here. In the past few weeks, I overheard talk about a teenager (let's call him Jonathan). Besides being very talented, he used to be…