The give and take of various relationships, from advertising to free sample to making friend and bearing a grudge. When you want something from someone else, start by giving, but what if “they started it”? 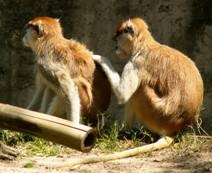 When the ancient Romans wanted to be fair, they gave “quid pro quo”, literally “something for something”, meaning “a favor for a favor” or “you scratch my back and I’ll scratch yours”. Not that they were fair to everyone they met – just ask the other ancient peoples of Europe and the Middle East – but this particular expression stuck.

More importantly, the people of our time still feel the need to be fair and return favors. So much so that it can be used to manipulate us in various ways. I want to talk about that today. It also makes us do things we later regret, but I will talk about that next time.

To find out how this notion of fairness works, Psychology researchers went to a museum. They joined a tour, picked a person and started talking to them, then went away and returned with two cans of soft drink, one of which they offered that person, who had been a total stranger only 5 minutes earlier. Last week, I wrote about the notion of fairness and how it can be used to manipulate people to do what we want them to do. Today, I am going to cover “the dark side” of fairness, which makes us do things we later regret.

If you have ever broken up a fight between kids, you are familiar with the exclamation “He/she started it!”

Further investigation into who “really” started it usually yields a detailed list of escalation steps, starting with something surprisingly small, even trivial, like “He stepped on my dragon” (little rubber toy dragon, that is) or “She made a face at me”.

But it is not just kids, is it? Any “married couple” (any couple sharing a life together for long enough, really) can tell stories of fights that started from nothing and ended up in days of angry silence, only to be resolved later when the original issue was finally addressed on its own.

So why is it we can be pulled into bad cycles with little things and get into big trouble “all of a sudden”?