It was Friday evening and our 19-year-old daughter Eden talked again about going to dance Salsa in the city. She had been talking about it for over two months and had never gone. None of her friends had wanted to join and she had not wanted to go by herself. Gal and I decided to go with her (aren’t we the greatest parents?).

It was a feel-good party. There was a band on stage and many dancers on the floor, dancing beautifully. We could watch them for hours. Many people sat on the floor around the dancers and watched with us. Eden was invited to dance with others and we were very happy to see her dancing and shining.

We looked at each other and said, “It was worth coming”, but was it?

There were about 40 couples on the floor and over 100 people around them, watching. Most of them were in their early twenties, some were our age, and the oldest man was in his sixties.

He walked around the sitting crowd and handed out flyers for another Salsa party in the city. I had seen him before at a Salsa party I had gone to with two of my clients. He was very friendly, had a South American look, was heavy and short, with a constant smile on his face. 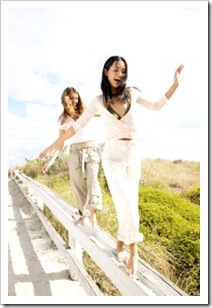 About an hour later, Eden and I sat on the floor next to each other. Seconds before, I was talking to someone I knew. The elderly man stood next to us and gave each one of us a flyer for another party.

Then, he stood in front of Eden and smiled at her. She smiled back politely. He put his hand in his pocket, took out a small zip-locked bag, gave it to Eden and went away. There were two toffee candies in the bag and a coffee shop business card. He did not give me anything or to other of the people sitting on the floor next to us.

We looked at the small bag and I had a million questions:

I gave Eden a puzzled look.

“I don’t think I’m going to try this“, she said and put it in my bag. At that moment, I realised what had happened. It was a scary feeling. I sat next to my daughter, in a party in a public place and someone, right in front of my eyes, gave her drugs!

“Has this ever happened to you in the past?”, I asked her.

“No, but my mom told me never to take things from strange people”, she said and giggled.

I was so scared!

For an hour afterwards, we watched him going around and giving people flyers. I do not know how many people were given toffee candies that evening, and I am not sure I want to know.

On the way home, we talked and talked about it. I was scared and very emotional. It was almost as if someone had abused my daughter in front of my eyes. Someone had entered the sacred privacy of my family and put poison in it. It was a scary feeling.

I was thinking about it for a long time after it happened. I told Gal and the kids that I would take the bag to the police and for a week, Gal and the kids said I would not dare to. I debated whether to take it or just throw it in the bin. We had long philosophical discussions about being part of a crime if I do not report it vs. taking a risk of getting into trouble with drug dealers.

Finally, I concluded that this was my way to help other parents like myself and make a difference, so I took the bag to the nearest police station and asked them to look into it and they looked at me like I was psycho.

I found out that the scary feeling was that I could not protect my daughter anymore from vultures who might encourage her to drink or take drugs. She is on her own now and I cannot (nor would I like to) prevent her from dancing Salsa or going to a party just because some people might see her as prey.

Learning is the best cure for bad experiences

To help myself overcome this emotional turmoil, I thought about the good that came out of what happened (This is a good technique, and I encourage you to use it too after every unpleasant experience):

You see, you never know when your kids will need your guidance and advice. Life will test her many times and the question is “Will she pass the test?”

Will she pass the test? 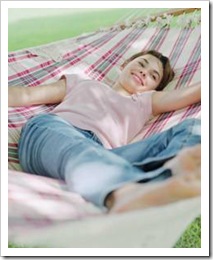 If you are a parent to a teen and you are scared too, remember: we cannot tell what kinds of tests our kids will face during their life and we cannot prevent them from those tests, we can only teach them to pass.

Your kid’s best defence is the beliefs you have created in them . Your words mean a lot to them, so make sure that your words will guarantee they always pass their tests.

I have added below the lyrics for a song by Cat Stevens. My daughter is not leaving home yet, but one day she will. This is the song I had in mind when the incident above happened (although I am not sure I want her to think the world is wild and dangerous…).

Now that I’ve lost everything to you
You say you wanna start something new
And it’s breakin’ my heart you’re leavin’
Baby, I’m grievin’

I’ll always remember you like a child, girl
You know I’ve seen a lot of what the world can do
And it’s breakin’ my heart in two
Because I never wanna see you a sad girl
Don’t be a bad girl

But if you wanna leave, take good care
I hope you make a lot of nice friends out there
But just remember there’s a lot of bad and beware