As surprising as this may be, glasses make you smart. At least, they make you seem smarter to others…

It started when my sister, who is 3 years younger than I am, brought home her prescription glasses. I was about 15 and thought it was cool. Kids are like that. They think strange things are cool. From time to time, I would steal her glasses and try them on. I was shocked to discover that the TV looked different, and that the whole world looked clearer.

When I was 16, I brought home my first prescription glasses. I was very happy. For a long time, I checked what the world looked like with and without my glasses, and I was a bit disappointed that the optometrist had told me to wear them only when I needed to watch TV, movies or to sit far away from the board in class.

Surprise, surprise, once I had my glasses, I got to be one of the top kids in my class in 11th Grade, after having been kicked out of school in 10th Grade for having failed too many subject. It was as if the glasses had helped me to see my homework better.

Girl with glasses: too smart for factory

I did not think too much of the glasses until, at the age of 20, I went to work at a filter factory. It was the most boring job ever. We would sit at a table, a group of 20 girls, and glue filters. To make it less boring, they would change what we did every hour. During those weeks, I looked at every filter and imagined in what creative ways I could use them. 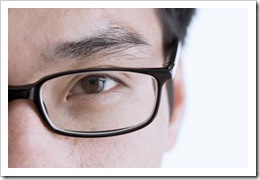 I felt a bit different to most of the girls around me. I had just finished my military service and all the other girls had not. I had an advantage, but I still felt different. I did not feel I could talk about many topics. Some of the girls were mothers already and talked about their husbands and kids, but they were mostly quiet. I guess repeating the same thing for 8 hours every day numbs the brain.

One day, we sat in the cafeteria for lunch and one of the confident girls said to me:

She looked at all the other girls and asked them, “She is different, isn’t she?”

“You look smarter than us,” one of the other girls said. I thought they had said that because they knew that I had graduated from high school and they had not.

“Why do you think I am smarter than you?”, I asked, and there was quiet. Then one of them said, “Because of your glasses.” 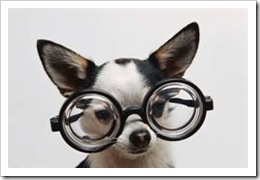 They all looked at each other happily, as if they had figured something out. The glasses! Yes, that was another thing that made us different. I was the only person with glasses in the whole place.

“What about the glasses?”, I asked, very surprised.

“People with glasses are smarter”, they declared.

For years after this, I thought about what the girls had said. It did not matter if it was right or not. The only thing that mattered was that people actually believed that glasses make you smarter, and let me tell you, people still think that. 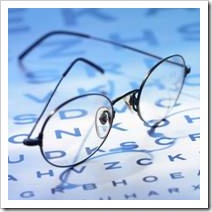 At the age of 20, after working with the girls for a week, I did not think glasses were cool. I did all I could to buy contact lenses. It was not easy, because they were expensive. It was a pain to wear them, and it was not very healthy, but still, I tried very hard. I was very happy with my contacts and was willing to put in the effort every morning to put them on (I do not know about you, but for me it was a 15-minute ritual).

Then, I was invited for an assessment day for my Special Education studies. I looked at the agenda for the day and freaked out. We had over 4 hours of written tests and about 4 hours of character testing, all done in a group of 30 people.

In the morning, I got up early for my daily ritual of burning eyes and tears, and then I remembered the girls from the filter factory saying, “Smart people wear glasses”.

“But I want to look my best”, I thought.

“No way, glasses are not cool.” 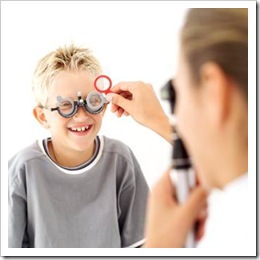 “I am not going with glasses. No one can see my make-up when I have my glasses on. Besides, I have not worn them for such a long time, they look awful on me, and maybe only girls working in a factory think like that.”

I was talking to myself like this for a while. However, after everything I said to myself, I still heard their words in my head, “Smart people wear glasses…”

Later that day, feeling like the most uncool girl ever, I entered the big hall. There were hundreds of people there, registering for their assessments. I went to the Special Education section and looked around. Most of the group was made up of girls. They all looked beautiful, with pretty hair and make up, and only 2 of them were wearing glasses. They did not seem to me to be smarter than the others.

At 6pm, we were all exhausted from a very long day of written tests with 10 special education teachers watching our every step. Just before we went home, the teachers gave each girl a piece of paper on which to write the name of the girl that impressed us the most in the entire group.

The 10 teachers then wrote down the names of the 5 girls that impressed them the most and that would do well in their special education studies.

“As you all know, we can only have 15 people out of the 30 that we have here in front of us. Thank you all for coming today. We will read what you have written on your voting papers and determine the top 15 by those who got the most votes”, said the coordinator. I thought it was cruel, but I knew it would be better to know than to wish.

I chose a tall girl with the most beautiful curly hair, who did not wear glasses. Much to my surprise, I received 39 votes, and I am sure it was because of the glasses!

This month, I read about a new research that claims, “Wearing glasses does not mean you are a nerd, but it could be a sign that you are more intelligent“.

Yet, this issue could be a chicken and egg situation.

Does wearing glasses make you smart?

Does being smart make you wear glasses?

How to Teach Kids Colors

When young kids go to any formal education, their knowledge of colors is checked. Colors are an easy way to check learning and it is possible to start teaching the colors at a very early age. Kids as young as 2 years old can learn their colors and build good…