I do not think there is such a thing as the “right age gap”. I believe that each family has its own “right gap”. There are two theories on this matter:

1. Have kids close together so they can grow together and be as close as possible socially. There is also a bit of “and let’s get the kids thing over with as quickly as we can and get on with our life” in this approach.

2. Have your children spaced out to allow them to be individuals and give yourself enough time to dedicate to each one of them.

Parents ask me: What is Dyslexia? What is the impact of having it? Will it limit my child’s success in life?

But with this learning difficulty come good things too.

Success depends on the ability to move forward and requires persistence. We succeed at work, at our social life, our parenting, relationships, love life, finance or health only if we can keep moving forward in spite any setbacks.

In the movie “Touching the Void”, the concept of moving forward no matter what, had a life and death flair and gave no option to fail. There is a beautiful Zen saying “Fall 7 times, get up 8”. Successful people do not fail less, they get up more.

Researches have suggested that academic success is not a result of natural born talent but a result of persistence, encouragement and motivation to succeed.

In order to effectively use encouragement, it is good to understand that encouraging a kid to do something focuses on the good things and sends kids a message “You are OK”.

Understanding your kids’ learning styles can be a great help for life, both for you and your kids.

The common belief that there is one way of learning is really far from the truth. There are many ways to learn and each way has its advantages and disadvantages.

At every moment of your life, you can choose whether to be happy or not! Notice that you are given the option.

The great thing about happiness is that it is on a scale – your own scale. No one can tell you what will make you happy and you have the absolute power to determine your happiness and to achieve it. Happiness is your choice.

Another great thing about the pursuit of happiness is that it has a compounding effect (much like accumulating wealth). It is a journey and the main thing in it is to START NOW!

Here are some specific tips you can blend into your every day. 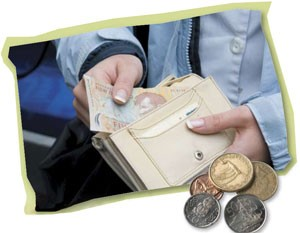 Question: I don’t know why successful artists need to be crazy. In order for them to stand out from the crowd they have to wear weird clothes, have crazy sound, have strange names and some songs are difficult to understand. Why is that?

What are the steps to falling in love with someone?