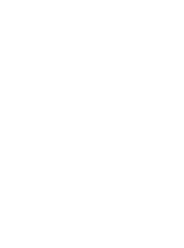 Very often, I meet parents who present their kids as suffering from allergies – nuts, milk, pollen, wheat – the list is long and the kids sniffle, wheeze, develop rashes and are restricted in their access to places and food. This is very unpleasant and even hopeless, because most parents and kids believe that allergies cannot be cured. Well, they can!

When Eden was very young, we gave her milk, because that is what everybody else did and what we had been taught by our own parents. Eden developed nicely – her height and weight were off the charts and she did everything a baby should do earlier than all the other babies, so we were happy.

When Eden’s cheeks showed a consistent red rash and her voice was always rough, we decided to investigate (you can read about this in the post “Are You Ready?“). Our conclusion was that Eden was sensitive to dairy products and we stopped giving her milk, cheese and other dairy products completely. We went as far as checking that her bread and snacks had no milk in them (you will be surprised how many do).

Suspecting that my constant “cold” might be related, I decided to go off milk too.

Gradually, Eden’s cheeks became smooth again and her voice cleared. My “cold” also disappeared, as did some of my feeling of discomfort, which had been an old companion of mine over the years. So far, so good.

After a few years of avoiding dairy products, Ronit started complaining she did not want to give them up too and started buying them “just for me”. Of course, Eden could not ignore those tempting drinks and food items and decided she was no longer sensitive.

Despite my objections, Ronit and Eden worked out a plan to increase Eden’s tolerance to milk little by little and we were very surprised when that seemed to be working. 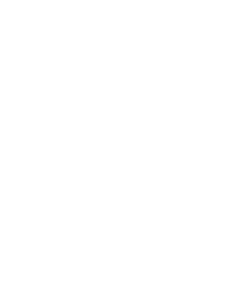 When Tsoof was born, he had obvious problems with the “normal” formula from the start and only settled down when we gave him one made from sheep’s milk. Afterwards, we prevented him from eating dairy food and he had no problems, except when he “sinned” and developed a runny nose within a couple of days.

Fast forward 11 years. We happened to be at friends’ Christmas party and met one of their neighbors. Talking about our kids, she noticed they had not touched the whipped cream and were longingly looking at the ice cream and we explained they were “sensitive to dairy”. “Oh, yeah, my daughter used to be too”, she said.

“I took her to this special person called Michael and he cured her of her allergies”, said the neighbor.

Long story short, she gave us his number and I went with Tsoof and Noff to see Michael about our allergies.

He asked each of us in turn to hold out our right arm at shoulder height and keep it straight. Then, he put little vials of clear liquid one by one in our left hand and pushed the right arm down. Sometimes, the arm dropped a bit and sometimes, it remained strong and straight. Michael noted things on a special sheet of paper.

“Your body is ‘wired’ to respond to chemicals as threats. As soon as it detects such a chemical, your nervous system loses the ability to lock your arm muscles and your arm drops at the slightest pressure. What I’m doing now is a Kinesiology method to check what you are allergic to”, he said.

He pushed my arm down to confirm it was locked and then gave me one of the vials again and my arm dropped, no matter how hard I tried to keep it locked in place.

“See? There’s nothing you can do to prevent it from unlocking and it’s the same way with an allergen. Your body to react to it and you will feel weak”, said Michael.

“OK, so can you make the allergies disappear?” I asked him.

“Yes. You hold 3 of the vials with the substances you’re most allergic to and I’ll massage along your spine (you may call it Acupressure). After I’m done, you need to avoid those allergens for 25 hours and that’s it. If it doesn’t work, come back and I’ll do it again for free”. 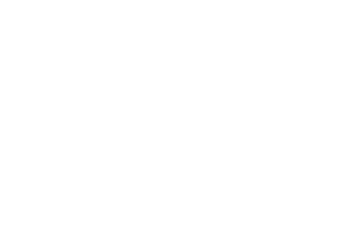 He took out a device with two vibrating pads and ran it along my spine on either side, telling me to pinch between my thumb and forefinger on each hand, then in the same place on my feet as he was massaging. In 5 minutes, it was over.

The kids could barely wait for 25 hours.

“It’s ice cream time!” they declared in excitement as soon as the time came.

“Wait a minute”, said Ronit, “We’ll try a bit today, then a bit more tomorrow and so on, until we’re sure it works”.

“OK”, they said and started slowly, but eventually got out of control and eating a large quantity each.

But the next day, they were fine. The day after, they were still fine. In fact, we have put milk, yogurt, cheese and ice cream back on our menu and we are all just fine.

So if your kids suffer from allergies, especially severe ones, like peanuts, find someone who can do this test and cure them. Look for Kinesiology or Bio-feedback for the test and for Acupressure or Pressure Point Massage for the treatment.

If you live in the Brisbane area, let us know and we can refer you to Michael.

To your health,
Gal