Home » Family Matters » Parenting » How to Praise Your Kids (1) 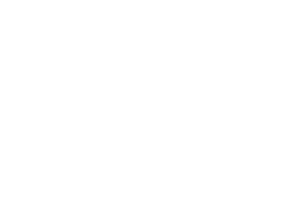 A few weeks ago, when my 8-year-old daughter Noff brought her “Alien House” from school, we were all very impressed. It was a tall 3-story box house, with lights (because her alien was afraid of the dark) and she had planned and executed her plan at school and had received an A+ for the assignment. The masterpiece stood proudly on top of our fridge for over 3 weeks and during that time, everyone who passed next to it, including her older siblings, praised her and said, “Noff, your alien house is just wonderful”, “Well done”, “You’re so creative” and “You’re so smart”.

The question of praising kids has been discussed for many years among educators and psychologists. While in the old days, parents did not compliment their kids so they would not think too highly of themselves and be humble, a new age started when praising and complimenting kids was highly recommended by the experts.

Well, which of these approaches has survived the test of reality? Which of them produces “better” kids?

Try to guess before you go on reading.

Smart is confident. Not!

Many parents think that focusing on their kids’ academic achievements and making them “smart” is the right formula for success and confidence.

But if the kids do not know they are smart, how will that build up their confidence?

Kids know they are smart, because someone tells them they are. According to a survey conducted by Columbia University, 85 percent of American parents think it is important to tell their kids they are smart. 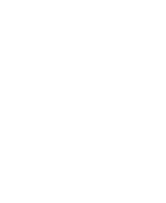 A research on kids’ confidence and intelligence has discovered that smart kids who were aware of their intelligence do not always translate their academic abilities into emotional strength. Kids who scored extremely high on their IQ tests and were praised for their smartness were less likely to try new tasks that seemed hard for them.

To a smart child with the capacity to learn quickly and easily, tasks are split into two categories: the things I can do without effort (and I am sure to get right) and the things that may be too hard for me. So they do the easy things and go to great lengths to avoid the hard ones in order to maintain their confidence.

The sad news is that too many of the gifted kids who are aware of their cleverness fail to appreciate their abilities enough and have low expectations from themselves, so they need more help than “normal” kids.

Well, let me tell you how this happens.

Professor Carol Dweck researched the effect of praising for 10 years on 400 5th Grade students at 12 schools in New York. She concluded that praise can be dangerous. Her research about praising kids has found that telling kids they were smart did not guarantee high performance. It was more likely to cause low performance!

In the first stage, researchers asked each child to complete a simple non-verbal IQ test with very easy puzzles. Once the kids finished, the researcher gave them their score and praised them. Regardless of their score, one group of kids were praised for their intelligence by saying, “You must be smart at this” and to another group was praised for their effort by saying, “You must have worked really hard“.

In the second stage, the same kids were given a choice to participate in a second round of tests, but this time, they could choose the test in which to participate. They had to choose between a test that was more difficult than the previous and one that was easier. To encourage the kids to take the hard test, the researcher told the kids they had learned a lot from attempting the first puzzle. 90% of those who had been praised for effort chose the difficult test. Most of the kids who had been praised for being smart choose the easy test. 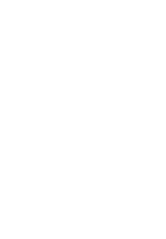 Kids who are praised for effort have a feeling they can control their level of success by doing more work or spending more time, so they do as much as they can. Kids who are praised for being smart believe their cleverness is an inherent ability over which they have no control, so they quickly assess their chances of success and when things appear to be too hard, they simply give up.

Prof. Dweck found that for “smart” kids, making an effort seems like a waste of energy and proof they are just not good enough to succeed without working hard. If they are not smart enough, what is the point of trying? Unfortunately, they have little experience in judging tasks and their attitude just stops them from trying new things.

In case you were wondering about the effects of age and gender on this research, Prof. Dweck has found the same results for boys and girls and for kids of all ages, including pre-schoolers.

The above research results were amazing, because the self-esteem “movement” had claimed praises were essential in establishing self-esteem in kids and supported giving kids the “belief” they were smart. Prof. Dweck still believes in the power of praise, but in her opinion, praise should be about effort, rather than cleverness or any inborn quality of the child.

As a parent, if you make lots of effort to praise your kids, you are probably saying much like many other parents and educators who have read Dweck’s research “What do I do now?

Well, Dweck’s research assistant, Dr. Lisa Blackwell, has found an answer to that.

Until tomorrow, well done for putting in the effort to read this post and become an exceptional and happy parent ;)
Ronit